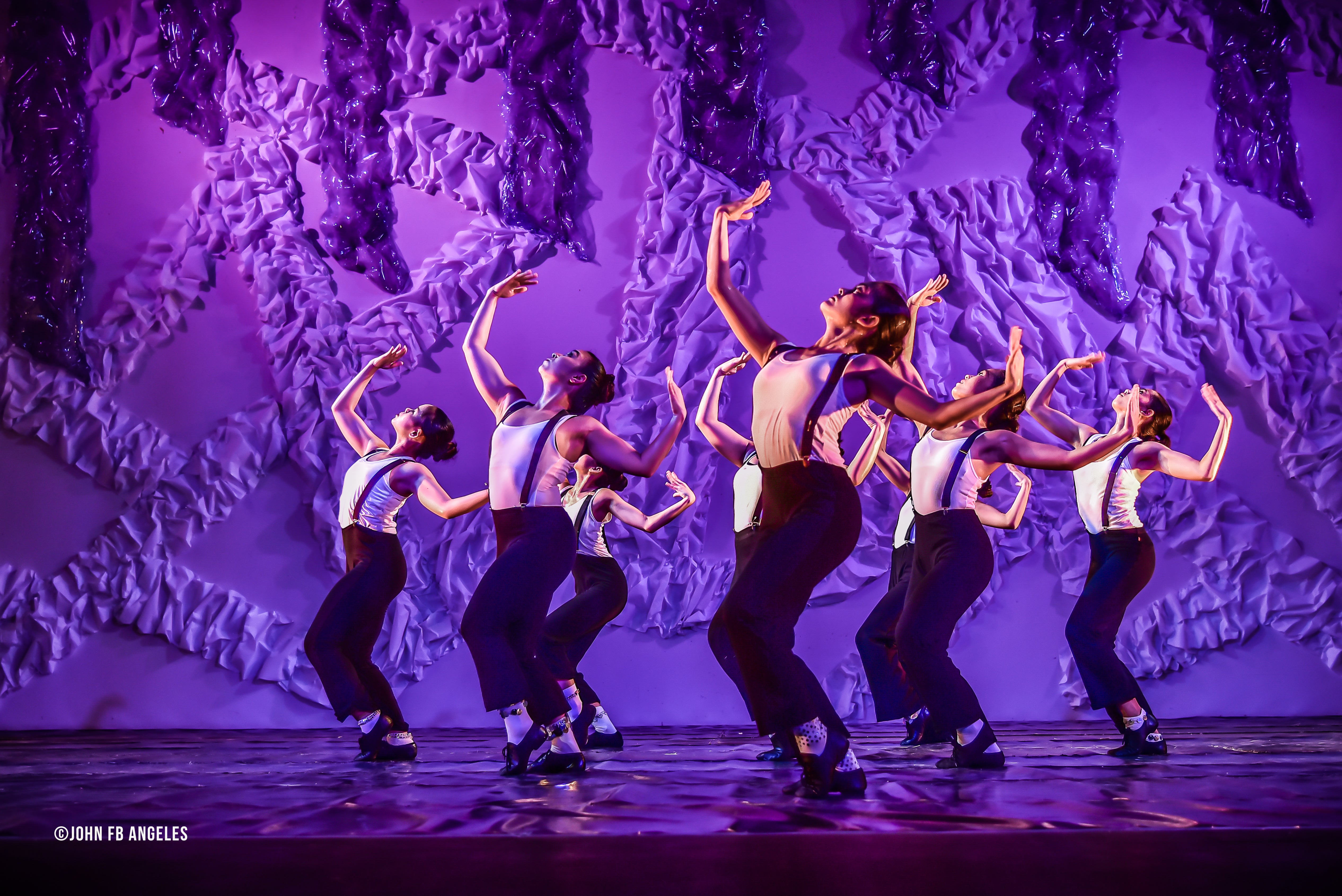 One of the country’s oldest dance schools, which has produced formidable talents, is not in “Imperial Manila” but in Mindanao. The Locsin Dance Workshop marks it 70th year on August 4-5 at the Locsin-Lanao Theater and its home studio on Quirino Avenue, Davao City.

In 1947, Carmen Dakudao Locsin began teaching ballet in her living room. Her daughter, Agnes, who was born years later, was constantly exposed to the live piano music of Virgilio Masamayor and her mother’s beating of stick on the floor or the barre.

Inevitably, Agnes, started taking lessons at two and a half years old but soon grew restless in class.
“It got in the way of my playing,” says Agnes. However, her mother saw Agnes’ potential—beautiful lines, arched feet and an artistic presence. Soon, she was lured back into the ballet class as her mother wielded her stick.

“She never used it to hit anybody,” Agnes clarifies. Carmen’s classes were said to be tough. Students recall how their late mentor pushed them to their limits and added an acrobatic quality to their technique.

Every summer, Carmen would update her ballet training by flying to Manila for classes with National Artist for Dance, Leonor Orosa Goquingco, and other pioneering teachers such as Luva Adameit, Ricardo Cassel and Anita Kane.

From the ‘60s to the early ‘80s, Locsin Dance Workshop was the dance school of the south. Agnes notes her mother staged three-hour student recitals to give each participant equal time on stage.
As a choreographer, Agnes describes her mother’s style as “eclectic.” Carmen would borrow influences from Broadway and Hollywood musicals and classics. One of Carmen’s choreographic trademarks was making the dancer tiptoe on full pointes throughout the piece, never giving time to rest her feet.

Agnes’ older sister, Bing, joined Bayanihan Dance Company and trained under National Artist for Dance Lucrecia Urtula. When she came home to Davao, Agnes would assist Bing in her folk dance classes at Philippine Women’s College. Agnes once performed an “Igorot” dance, choreographed by Bing, for a dance competition. The angular movements and the precision dancing left an impact on her.

While taking up Master of Arts in Dance at Ohio State University, Agnes impressed her teachers and classmates with ethnic-inspired movements in the composition class. She realized that Philippine culture and history offered a wealth of materials for choreography.

In her first BP dance workshop, Agnes, who was trained in the earthy Martha Graham technique, taught the dancers the importance of gravity, which lent the dance a virile quality. Classically-trained dancers, who were accustomed to light and airy movements, began to use pulling back and curving of the torso to generate rhythmic energy. Motivation for each movement became part of the dancers’ process.

Agnes went to Europe to pursue training in modern dance. With her previous researches on ethnic dances, she realized that these movements would distinguish her from other choreographers. She created her version of “Igorot,” a common name for the Northern Luzon tribes, using ballet and pointe work.

When the junior company, Ballet Philippines 2 was formed, Agnes was named artistic director (1989-90). BP 2 became her laboratory to experiment with indigenous styles with the refinement of ballet, the leverage and dynamics of modern dance.

The themes of her works were inspired by tribal movements, rituals, legends, historical figures and festivals, thus the term “neo-ethnic.” She also molded dancers who pursued careers abroad and choreographers such as Alden Lugnasin.

In her term as BP artistic director (1994-96 and 1999-2000), the company welcomed influences from foreign contemporary choreographers, thus, widening the dancers’ range.

Burned out from work, Agnes decided to resettle in Davao. By then, there were more dance schools, and the Locsin Dance Workshop needed a shot in the arm.

Agnes took over her mother’s role. She introduced intensive summer dance workshops conducted by her “BP2 Babies.” Guest choreographers conduct seminars on dance composition. Her workshop became a training ground for actors and dancers and it also spawned a corps de ballet.

Carmen died in 2011, leaving behind a legacy of a studio that aimed to offer quality education and performances of substance.

Aside from dancing, Agnes acquired her mother’s love for gardening and trees. This passion has been translated into her “Alay Sa Puno,” a series on the important of trees in the environment. To satisfy her creative urge, she also produced her artist series such as the Ang Kiu Kok series and Bencab’s ” Sayaw Sabel” in dance-theater form.

Today, she and Bing run the studio. Bing teaches tap and the seniors’ classes while Agnes handles the advanced classes and gives a comprehensive course in contemporary dance.

Despite the competition in dance schools, the Locsin Dance Workshop maintains its mission of promoting dance integrity and exposing the local audience to international standards of performance.

The program will include Lugnasin’s “Swans,” Locsin’s signature, “Ang Paglalakbay,” a dance about a man’s journey to home, set to Ayala’s music; and excerpts from Locsin’s famous works.

The Alumni Night on Aug. 6 will present all the students who took classes at the Locsin Dance Workshop.
“There will be 150 performers whose ages range from 10 to 75,” she says.