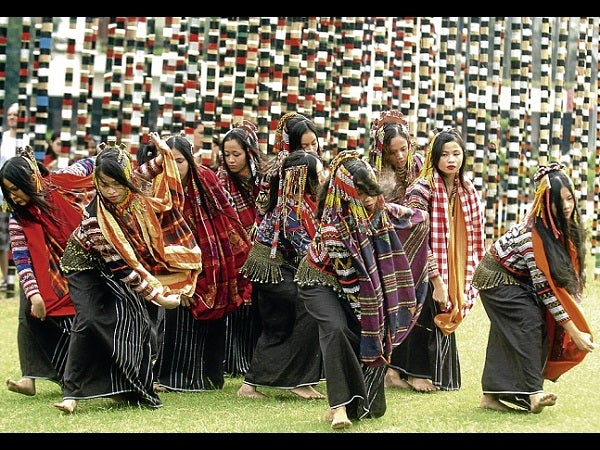 BALLET Philippines performs during the Pasinaya 2010 at the CCP. Top photo shows members of the Ramon Obusan Folkloric Group performing at the opening of the 3rd Pasinaya Festival. Photo by Ryan Lim.

Cultural Center of the Philippines: There’s more to arts than ticket sales

Cultural Center of the Philippines officials said that while some of its shows may not be box-office hits, the center has still been successful in showcasing and cultivating Filipino talent and promoting creative endeavors in the country to a wider audience.

The CCP has been holding arts education programs, arts and cultural exhibits, outreach and touring programs, film festivals, and radio and TV shows, all of which reach a wider group than theater-goers.

These kinds of activities are expected to get more people interested in the arts, and attract future audiences, even if these may not immediately bring financial rewards, according to the officials.

The CCP officials gave this explanation in response to the earlier Commission on Audit report which showed declining ticket sales and audience count in the center.

CCP president Raul Sunico said that while he was not entirely disputing the COA report, there was more to the CCP, which is the national performing arts center, than staging productions. Ticket sales alone do not paint a complete picture of what the center does, he said.

“We are fulfilling our mandate,” Sunico said in an interview, noting that the CCP has been continuously promoting artistic excellence and Filipino culture. “Revenue from ticket sales is not the only barometer for our performance.”

Chris Millado, CCP vice president and artistic director, said the center’s success should also be measured in terms of the number of artists and cultural organizations it engaged, the number of works it produced and the number of audiences it reached offsite and online.

Not all are dud

He said as well that not all CCP shows are a dud. Some shows, admittedly, get fewer audiences. But the CCP has also been getting its share of blockbusters, and the revenue from these help make up for the less than stellar ticket sales in other shows.

Millado said these complimentary or nonrevenue tickets are usually given to public school students, the elderly, military personnel and people from less privileged communities who would not otherwise be exposed to various art shows.

This is part of the CCP’s strategy of educating people about various arts forms and making them appreciate these more.

He cited as well the center’s annual Pasinaya Open House Festival, a performance arts showcase featuring thousands of artists, which he said has been growing in popularity.

The CCP also conducts art education and appreciation classes in the various regions, and holds contests, workshops and training activities to develop and attract more audiences.

“We have to keep on educating people about the arts. The audience has to keep up with the kind of talent we have,” Millado said.

Millado also acknowledged that marketing strategies could still be improved to bring in more audiences, although he noted that there are some factors working against the CCP. For instance, teaching of art subjects in schools is usually just once a week, which could lead to a new generation growing up with a lower appreciation for the arts.

“There’s going to be a whole generation of people thinking arts are not for them,” he said.

Millado also said the CCP has been able to improve its revenue through various sponsorships. While some of these do not necessarily bring in cash, they lessen the need for the CCP to spend.

He noted that the CCP had been able to raise P25 million noncash sponsorships in 2010. The amount consists of P5 million from a storage device for the CCP’s digitization program, and P20 million for film equipment, gift prizes and other exchange deals for the Cinemalaya Film Festival.

“These noncash exchange deals effectively lessened the production cost of the festival in a substantial way,” he said.

But in terms of accounting, these ex-deals are not counted as income, he also noted.

The CCP also looks for private donors for its other ventures, according to Millado. In fact, the CCP needs to do this aggressively to address budget constraints brought on by the rising cost of production, he said.

He said most of the center’s budget goes to the upkeep of the 62-hectare CCP complex. Usually, only P20 million remains for staging productions, and officials have to use their talent to stretch this limited budget to build sets, buy costumes and pay for other production costs, which increase due to inflation.

Rodolfo del Rosario, CCP vice president for finance and administration, said that from 2006 to 2010, the center has surpassed its operating income target by an average of 13 percent.

Still, this is not enough to cover all of the center’s expenses.

Sunico said the CCP is also trying to be self-sustaining and is looking forward to developing the CCP complex to bring in more income.

He said the CCP was just waiting for certain legal matters to be untangled before it could go full blast with its plan to put up “iconic buildings” in the complex, with venues for arts centers and performance halls as well as commercial establishments.