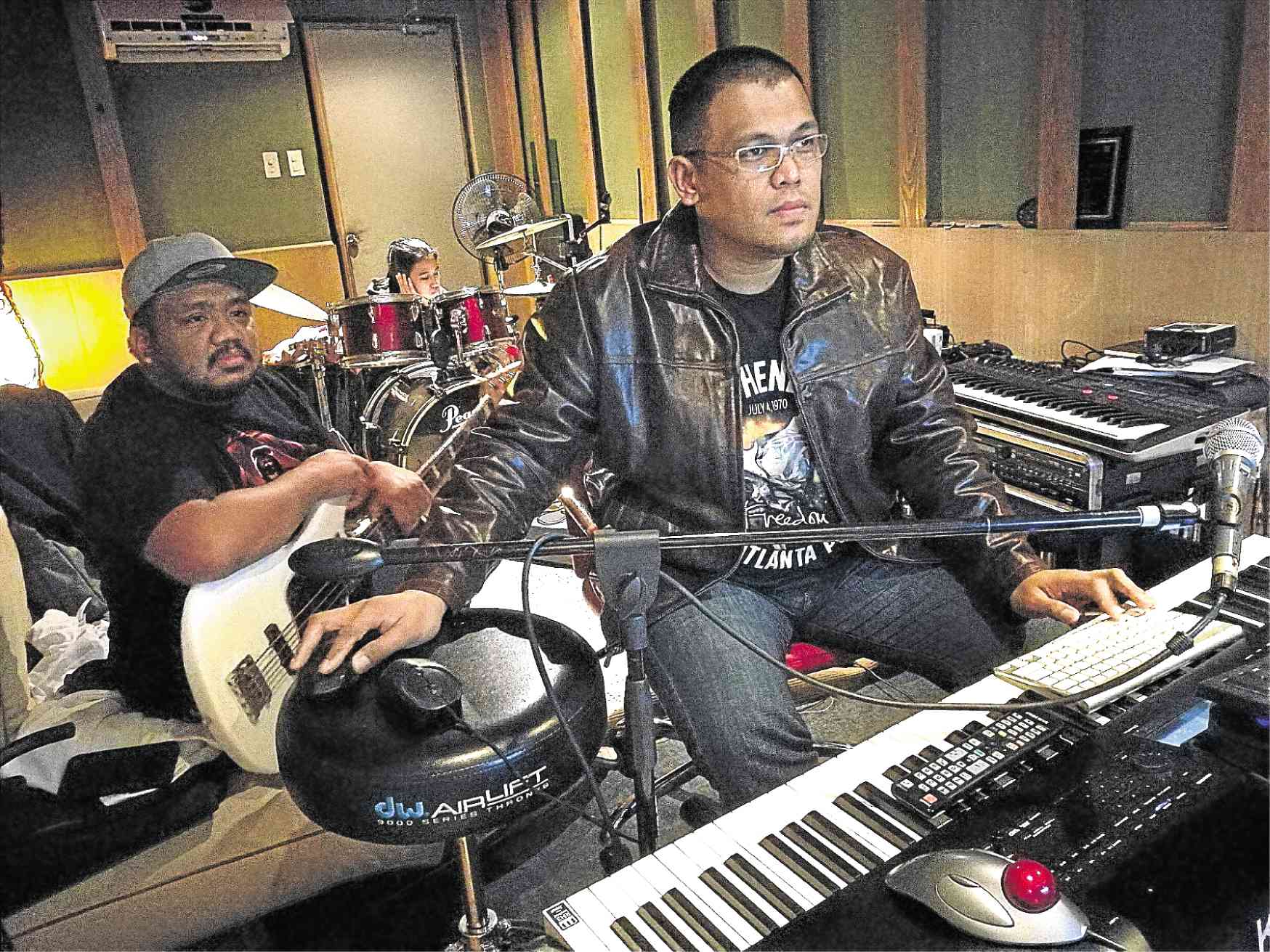 Tonight at 6:15 is a good time to go to the Cultural Center of the Philippines (CCP) to catch the gala screening of “Respeto,” one of 10 main competition finalists in the 2017 Cinemalaya Independent Film Festival.

“Respeto” stands out for its peculiar backdrop, local hip-hop culture, which sets the tone and motivation of its lead character, played by Pinoy rap star Abra in his debut full-length acting role.

Obviously a music-driven film, “Respeto” is directed by Treb Monteras, himself an avid hip-hop fan. But beyond the rap battles that he pulls off with authentic flair, Monteras digs deeper to depict a young man’ s struggle to pursue his dreams amid squalor and violence—in short, a life of hoping against hope in the time of Duterte.

I had a glimpse of a few scenes in the film last week, past midnight in the home studio of Jay Durias, whom Monteras tapped to do the music score for “Respeto.” They had been working for two straight days, with hardly any sleep, but Durias and Monteras were in high spirits.

The two are longtime friends—Monteras directed the music video of “The Show,” a hit song from the 2005 album, “Episode III,” of Durias’ band South Border.

“I’m enjoying it,” Durias said, as he put finishing touches to the atmospheric music in one scene. He’s been watching a lot of films these days, he added, which explained his enthusiasm.

Monteras, who spent his own savings to finish “Respeto” (as a finalist, the film had a seed production grant of P750,000), praised the cast, pointing out that he deliberately hired professional theater actors to motivate the greenhorn Abra. One of the stage veterans is Dido de la Paz, who plays a pivotal character with a harrowing past, a foil for Abra’s youthful ambition.

Last week, I wrote about feeling great to see Richard Merk singing again after a long time of recuperating from a leg injury he suffered in a vehicular accident.

The good news is, he and his reliable cohorts will have a gig dubbed “The Jazz Life” on Aug. 9 at RJ Bistro, lower level of Dusit Thani, Ayala Center, Makati.

Robinsons Novaliches is not too far to celebrate Buwan ng Wika, as the mall hosts “BAYANi Juan,” an art exhibit that runs Aug. 18-31.

Their works portray the lives of Andres Bonifacio, Melchora Aquino, Manuel Quezon, among other Filipino heroes.

The exhibit will also have an on-the-spot poster-making contest for high school students with the theme “Quezon City and the Millennial Heroes.”

Interested students need to fill out the registration form and submit it on or before Aug. 15 with a photocopy of their IDs at the information booth of Robinsons Novaliches.