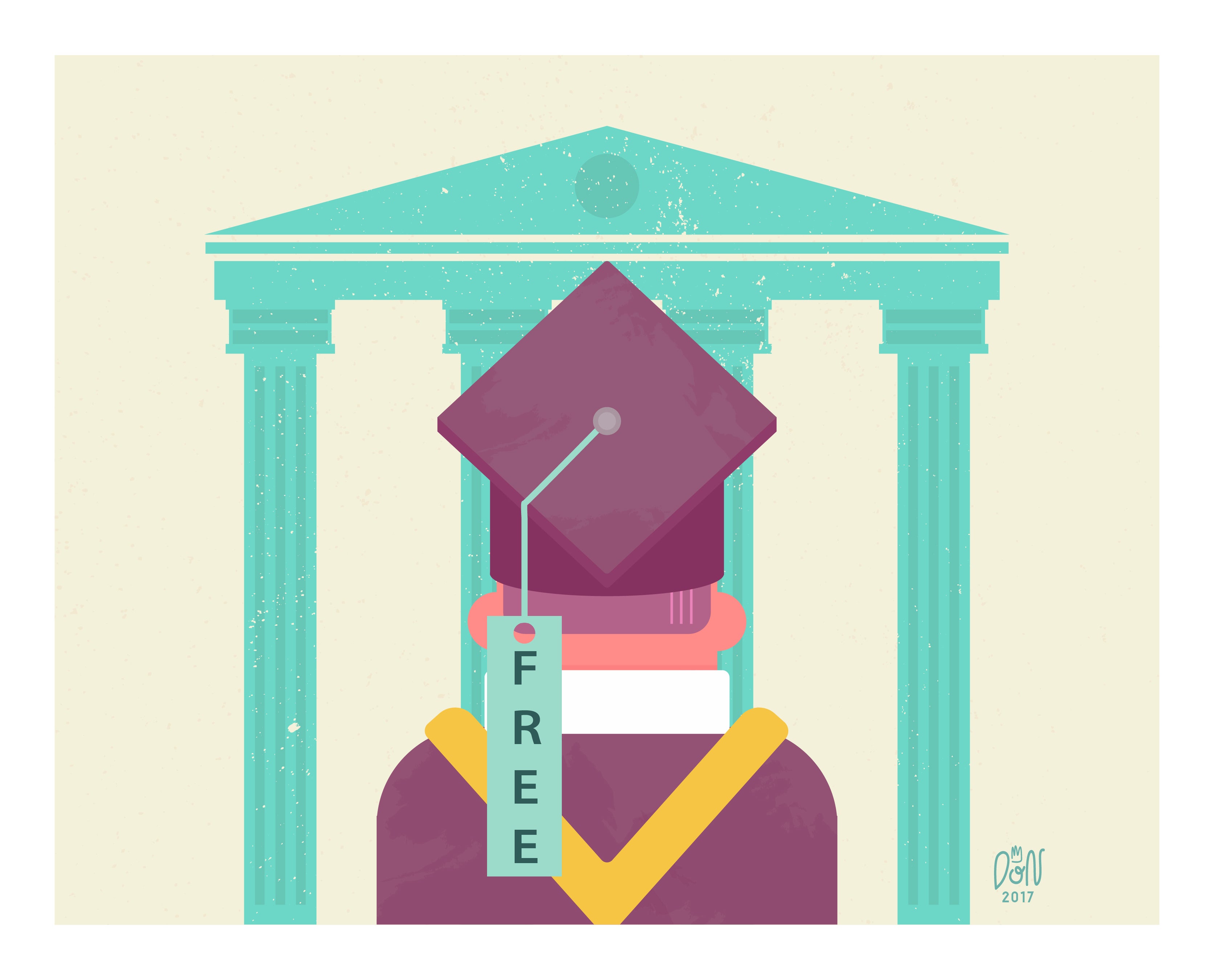 Days after President Rodrigo Duterte signed the Universal Access to Quality Tertiary Education Act or the free tuition law, the UP System announced that it wouldn’t be collecting tuition from students next school year.

While some institutions remain wary of this “free-tuition-for-all” law, many UP students rejoiced because a huge chunk of their tuition will now be fully covered by the government. (Before this, UP had a Socialized Tuition System or STS, which provides tuition discount based on the assessment of the paying capacity of the household to which a student belongs.)

“This is a victory for the students who have been exhausting all means to assert their right to free education,” says UP Journalism student Menchani Tilendo, who is also a member of the League of Filipino Students (LFS).

“I was overjoyed,” says Francis Natividad, a UP Communication Research major. “Now I can say that the Philippine government truly listens to its people.”

Jeffrey Beldia, a UP Institute of Biology alumnus, believes it’s a milestone: “I’m very pleased and thankful to the President… Although there is some disagreement in the legislative branch, there is still enough support from individual members of the government.”

Beldia adds that the next step of the government is to find sufficient funds to fully implement the law.

Recently, the Philippine Institute for Development Studies (PIDS) illustrated the disadvantages of free tuition through infographics. It was based on a policy paper, “Who benefits and loses from an untargeted tuition subsidy for students in SUCs (state universities and colleges)?”

The infographics showed that giving financial assistance is antipoor because tuition comprises only one third of college education costs.

Citing “up-to-date” data (1999-2014) from the Philippine Statistics Authority, the infographics explained that most students from SUCs were not poor; in fact, rich households are the ones most likely to benefit from a free tuition law.

It likewise indicated that students from poorer households had a lower chance of getting into SUCs because of competition and limited slots.

Both the infographics and policy paper drew criticism and flak on social media.

Jazz, a third year UP Sports Science student, thinks the infographics is an excuse to cover up the poorly managed government budget and corruption allegations. “Free tuition will benefit the rich, but freeing educational expenses, such as tuition, gives monumental relief to the poor,” he says.

As for the infographics’ view that most students in SUC’s were not poor, Jazz posts a question: “Why not distribute the subsidy of free education to other educational institutions? Assuming they are well-managed, the poor will be more qualified for SUCs.”

The article was based on data from the Office of Scholarships and Student Services.

Richard German Martin, a dentistry student from UP Manila, believes that the free tuition law will help a lot of students, especially those in the medical sciences. He points out that dental materials—which are separate from tuition and miscellaneous fees—can cost up to P50,000 per semester.

“This is why some of my classmates took summer jobs,” says Martin.

All campuses under the UP System comprise a small part of SUCs in the country. It’s worthwhile to note that even before President Duterte signed the free tuition bill into law, other SUCs have been implementing the policy for quite some time.

Whether or not free tuition becomes a long-term investment for SUCs, much needs to be done about the government’s budget, as well as the implementation of educational policies. —CONTRIBUTED