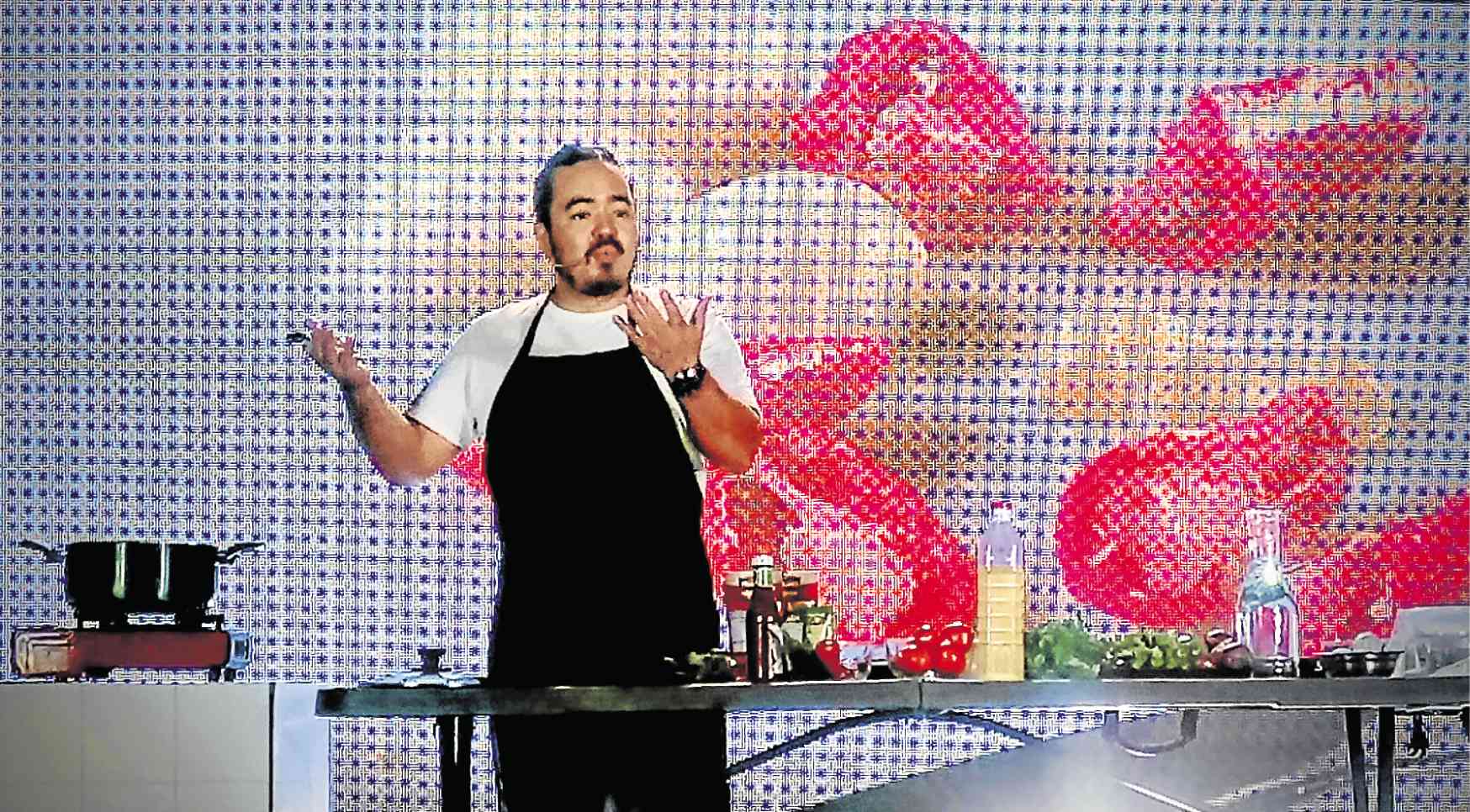 Whipping up delicious dishes, for most of us, can at times be a pretty daunting task. We get overwhelmed by the processes involved, and we get easily flustered when we can’t find the exact ingredients mentioned in the cookbooks we religiously follow.

But for chef Adam Liaw—winner of the 2010 “Masterchef Australia” and host of FYI’s food and culture show “Destination Flavour”—cooking need not be as tedious as how we imagine it to be. For him, it only boils down to one principle: Keeping things in the kitchen simple.

“This was not how I thought about food 10 years ago, and traveling around and learning from these people (chefs and cooks from other countries) through the process has given me a totally different way of looking at it,” Liaw shared to a select audience who attended his “In Conversation” talk at this year’s History Con Manila and FYI Home and Living Fair held in the World Trade Convention Center, Pasay City.

This food and cooking philosophy—simplicity and accessibility—is what also motivated the amicable, man-bun sporting chef to finish his latest cookbook on Japanese cuisine titled “The Zen Kitchen.”

“What really fascinates me about the mechanics of Japanese cuisine is the way they have managed to make cooking something a very, very simple process to simplify how food could be made very tasty. In Japan, they use this simple mnemonic “sa-shi-su-se-so,” which corresponds to the five basic tastes or seasonings (sugar, salt, vinegar, soy sauce, miso) that should be balanced to make food taste good. When I’m travelling with ‘Destination Flavour,’ I just think of those five tastes,” explained Liaw, who was also recently named by the Japanese government as Ambassador of Goodwill for Japanese Cuisine, the only non-Japanese chef to earn the title.

But aside from veering away from the complexities of the culinary world, Liaw also shared some of the lessons and techniques he has learned after six years of wandering in several countries, shooting episodes for “Destination Flavour,” and meeting a number of awesome people who has a heart for food.

Here are the key takeaways Liaw highlighted in his “In Conversation” talk, which hopefully, could bring out your own ‘cheffy’ side and lead you straight to the kitchen:

Taste and flavor, according to Liaw, are words we use interchangeably to refer to what our tongues could savor. But in cooking, taste and flavor are completely different from each other. Taste is what our tongues sense in terms of food (sweet, salty, sour, bitter and umami). Flavor is what particular ingredients contribute to a dish.

“We get so confused with all the different flavors that we tend to forget about taste, and taste is the most important thing in cooking… You don’t really have to think of all these flavors. In what makes food tasty, the first would be seasoning or taste, the second would be texture. Flavor occupies a distant third… You can get three different ingredients in the world and if you season them correctly—its got the right balance of sweet, sour, salty, bitter, savory—it will taste good altogether and that really is the best,” Liaw explains.

Texture, Liaw says, is the second most important element to consider in cooking but it never really is given the attention it deserves. One can take a potato and cook it in many different ways, resulting in different textures which affect the overall eating experience.

Getting acquainted with the ingredients we use in cooking is probably one of the most challenging things to consider, and this is where traveling, practice, cookbooks and shows like ‘Destination Flavour’ come in. Through these, we get to know that crustaceans should be cooked with less water, that the best way to cook mussels is to dip it in boiling water for only 30 seconds, and that mixing together brown female crab meat with white male crab meat makes a perfect crab sandwich.

“[Traveling around]… is really a fascinating thing… and I love doing this show because you see people who are experts in what they do… and they tell me more and more about the secrets they have in the kitchen, how they cook, how they get the flavor,” Liaw says on how traveling has expanded his cooking know-how.

For specific ingredients that are umami-rich like soy sauce, kombu (Japanese seaweed), and parmesan cheese, aging them makes their inherent flavor and taste much more delicious.

“The Japanese are really the masters of umami. It is the Japanese cuisine that has really captured umami in the most clever way… It’s present in their stocks, in their mushrooms, in their soy sauce, in kombu… I make my own soy sauce at home based on what I learned in Japan. Once I consumed half of the bottle, I just top it up with a new batch to continue the aging process,” Liaw shares.

Just cook and enjoy it

And this sums up everything. You can watch as many “Destination Flavour” episodes as you want or read as many cookbooks as you have on your shelves but these alone will not make you a better cook. The only thing that makes you better at cooking is by cooking itself. In the words of Liaw:

“No one will give you a medal for inventing the fanciest dishes out there but what people will appreciate is you putting good food on the table for your family, and doing it for the rest of your life.”