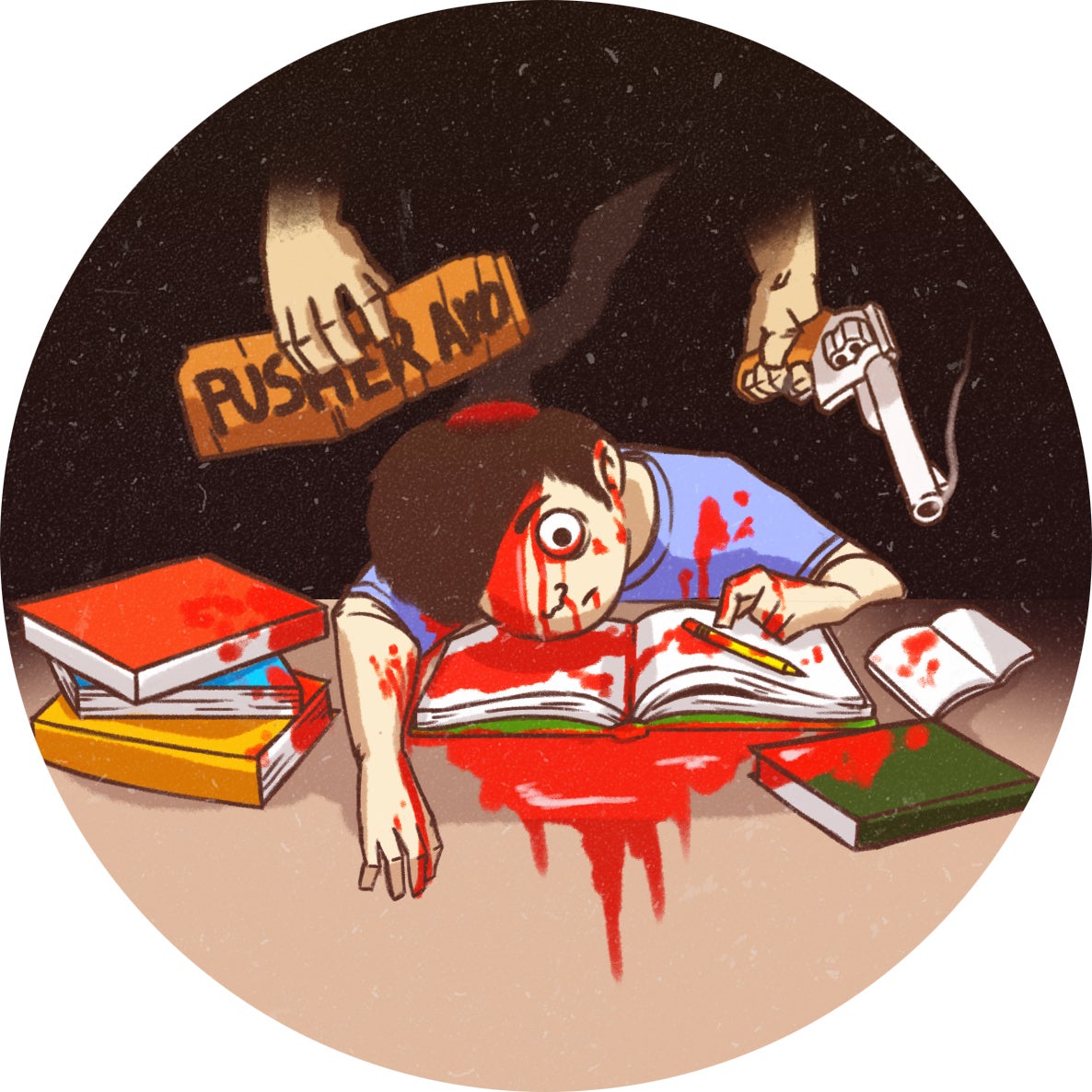 Kian as EJK victim–like a scene from ‘Death Note’

A grade 11 student was just closing the family’s sari-sari store in a depressed community in Caloocan when policemen apprehended him. The cops were shown in the barangay hall’s closed-circuit television (CCTV) footage dragging a kid.

A witness heard the kid pleading with his abductors: “Tama na po. May test pa ako bukas.” It was a school test the student would no longer be able to take, for a few moments later, gunshots were heard. The body of the grade 11 student was found slumped on the ground. The student was Kian Loyd delos Santos.

To say that Kian’s death “shookt” the nation is an understatement. Virtually all legitimate media covered the story, reporting every detail from the initial investigation. Investigators confirmed that it was Kian that the CCTV camera captured with two cops, and that he was shot from the back while kneeling down.

People were appalled at this latest case of extrajudicial killings (EJK). At this point, it’s easy to put the blame on the cops who shot Kian. However, does the blame really end there? Or did we, one way or another, write Kian’s name on the “Death Note”?

Just a quick lowdown on what a Death Note is. In the manga of the same title, a death note is a notebook of shinigamis (death gods) in which a person whose name is written on it dies. Yagami Light, the main protagonist, gets hold of a death note and uses it to kill criminals.

In the movie adaptation, he justifies his actions by saying, “You don’t know that criminals perpetually victimizing honest people is how things are now. The world can’t be saved by law anymore!”

Doesn’t it seem like many of us are pretty much like Yagami Light? Given the chance, we will call for the death of all drug addicts, pushers and criminals. Never mind if those killed didn’t have their day in court and were technically still innocent until proven guilty in the court of law.

With such a mind-set, doesn’t it put the life of innocent, poor people like Kian, who had no record related to drugs whatsoever, in danger?

It is not hard to see that the police are taking literally what President Duterte, speaking about his drug war at an official function on Dec. 19, 2016, declared: “Pag walang baril, bigyan mo ng baril.”

Such pronouncements have emboldened the police to ignore due process, all in the name of the drug war. It’s a war that Duterte has been pursuing—despite records and studies that show that a war on drugs can never be won. It failed in Colombia, in Thailand, and it’s gotten out of hand in the Philippines.

The temptation of wanting anyone who might be a drug addict, pusher or a criminal to get killed is strong. It gives us a sense of security that these so-called bad people can no longer harm us and our family. Keep in mind, though, that in agreeing with the shortcut to justice happening in the country right now, thousands were denied due process and were virtually slaughtered.

Althea Barbon was 4 years old at the time she was shot dead by cops. The justice system may be frustrating at times, but I like to quote what Yagami Soichiro, Light’s dad, said when his son tries to justify the use of the Death Note: “It’s true that the law isn’t perfect because the law is created by people that aren’t perfect themselves. It would never be perfect. But this legal system is the culmination of mankind’s efforts to define justice.”

Let’s not lose our humanity in the pursuit of peace and order in society. Let Kian be the last name we will write on the death note.