Why Charo is now in a good, stylish place | Inquirer Lifestyle ❮ ❯ 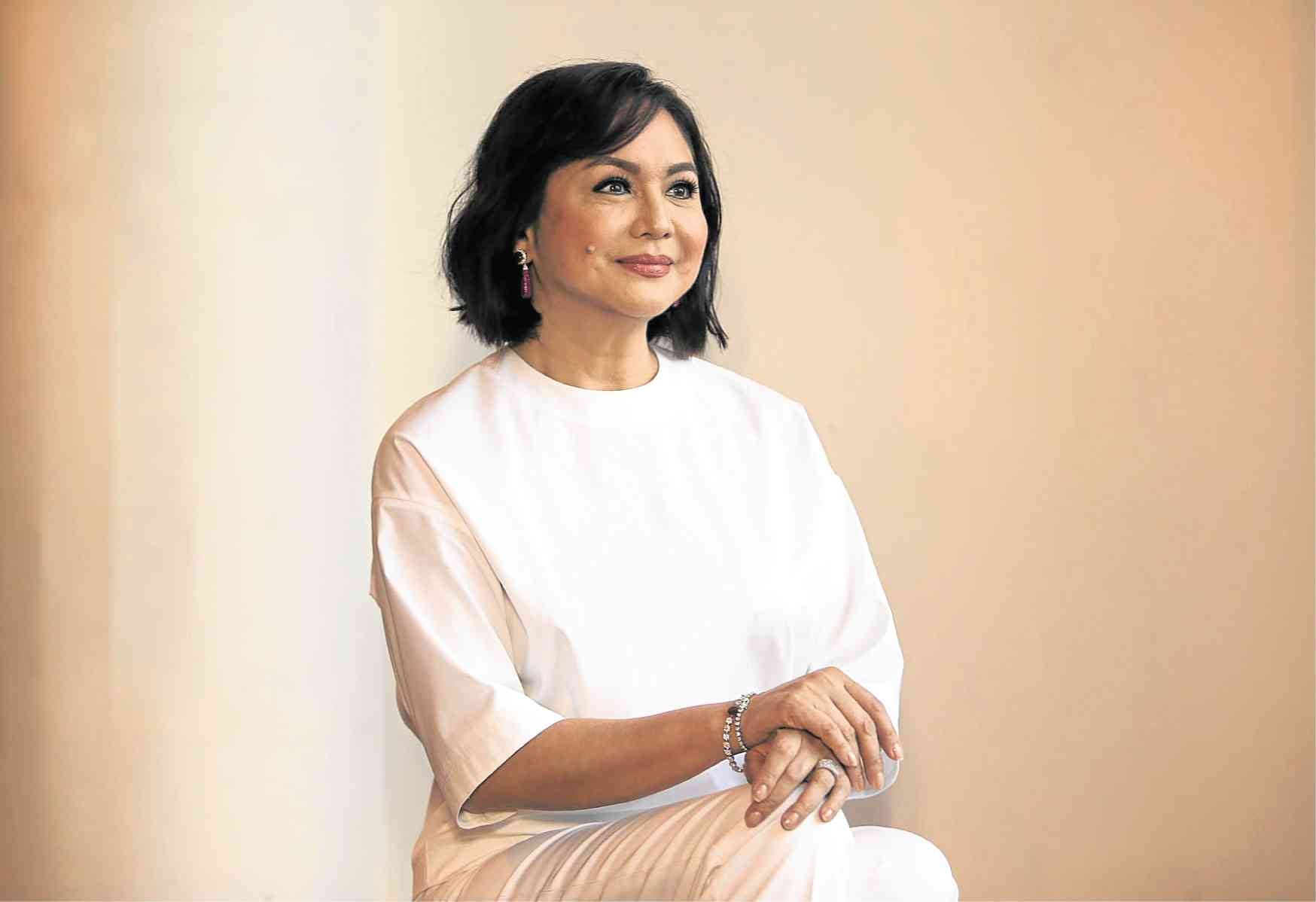 Why Charo is now in a good, stylish place

Charo Santos-Concio remembers buying herself a diamond ring after doing 10 films in one year during her days as an actress.

Santos-Concio, the ingénue who drew global attention for her performance in Mike de Leon’s psycho-drama “Itim” in the ’70s, also wanted so much to buy her mother, Nora, a house.

“My father, Dr. Winifredo Santos, was a government physician with six children. It had always been my mother’s dream for us to have a house of our own. We were just renting,” Santos-Concio recalled.

She was not only able to buy that house; after a particularly busy year when she did 10 films, she bought the ring—“I gifted myself”—which she keeps to this day. She hopes that, one day, her granddaughters will get to wear it, too.

“I love diamonds,” she said in an exclusive interview with Lifestyle shortly before she was introduced as the new brand ambassador of the jewelry line MyDiamond.

She credits her mother for the acquired taste. Santos-Concio, a former beauty title holder (1976 Miss Baron Travel Girl) who went on to become ABS-CBN’s chief executive officer, said her mom did not buy jewelry on a regular basis, but “was very elegant and who loved to dress up. My mother loved to accessorize, she had a sense of style that was a big influence.”

In her case, Santos-Concio is “happy with just a pair of diamond studs,” but will not hesitate to bring out the big ones for special occasions.

There was the diamond chandelier earrings she wore to the 2009 Oscars (held at Kodak Theater in Los Angeles, California) that photographed well with her up-do, nude terno and five-inch heels.

There was also a diamond pair that she wore at the 11th Asian Film Awards last year, where she was a Best Actress nominee in Lav Diaz’s “Ang Babaeng Humayo.” (The film won the top prize in the 2016 Venice Film Festival.)

Santos-Concio said she would rather go for “classic and simple ones” when it comes to jewelry.

“But if I have to go to some big event, I don’t mind wearing the more fabulous pieces,” she added.

Her chic bob and white blouse-and-pants combo served as elegant backdrop for the jewelry.

Is jewelry a luxury?

“It’s a reward, it is something you work for,” she mused. “If you work hard, you can afford yourself some comforts. If you can have access to the finer things in life, why not?”

Self-love is not a bad thing, she told journalists at the MyDiamond event. She also wishes that significant partners in women’s lives “would be more knowledgeable about diamonds, so they can give these to loved ones. It’s a wonderful gift.”

An engagement ring had a round halo encrusted in diamonds, and framed by a string of diamonds that twisted down the sides of the finger.

A nearly half-carat diamond center stone in another ring was surrounded by a double halo of petite diamonds to make a bold statement, while a third ring featured a cushion-shaped diamond halo crowning an “illusion” center of diamond stones.

There was also a pair of white diamond earrings that could transform into three different looks—studs, halos and drop-style—to suit different occasions.

Santos-Concio still has the glow from the victory of “Humayo” in Venice. Her retirement from ABS-CBN has given her more time to engage in other endeavors.

She did “Humayo” after bowing out of her corporate job, and is set to do another film with Diaz.

But she has not totally left ABS-CBN. “I’m head of the Corporate University. I look into the training programs and our creative and production people,” she said.

She wants to portray more “characters that resonate with me. I have to understand what their goals are, what they live for and believe in.”

But then, she also does not mind doing “more off-beat roles… I don’t think kailangan laging dramatic. I don’t mind going out of the box for as long as I understand and have an appreciation for the character. She does not have to be pure and right all the time. I can even go for gray characters.

“I’m open to the opportunities that come my way. I continue to discover myself, continue to learn new stuff. It’s a great moment to be in,” Santos-Concio added, her smile as bright has her diamonds.