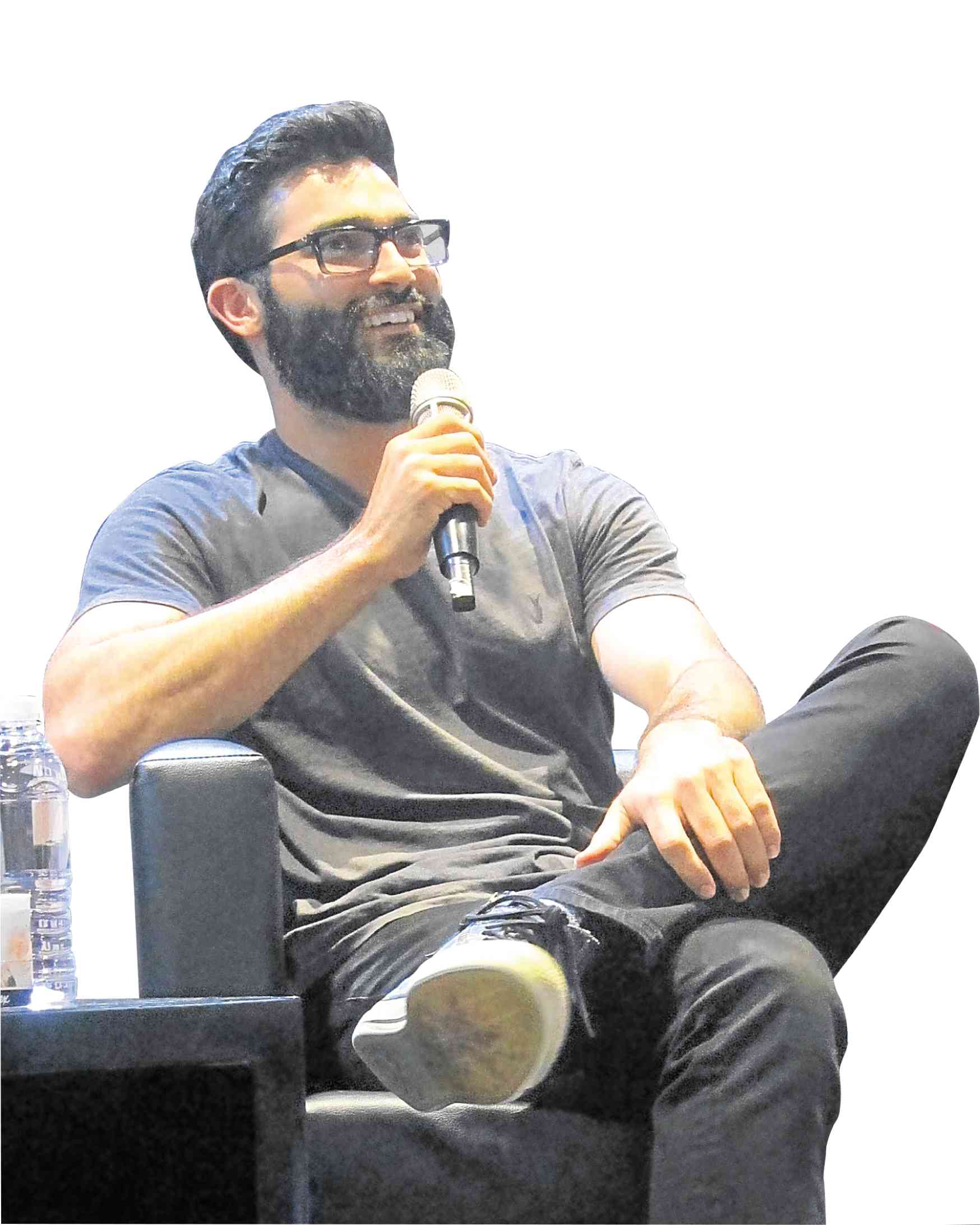 Tyler Hoechlin’s piece of acting advice: It’s better to fail having committed to one’s own interpretation rather than fail in spite of doing what one thinks people might want. —Fran Katigbak

Tyler Hoechlin sinks his teeth into role as TV’s Superman

Could you count how many times you took your shirt off for the TV series ‘Teen Wolf?’”

“I think it was all of the first season,” said American actor Tyler Hoechlin (pronounced Heck-lyn), directing his reply at the large, adoring crowd that had gathered at his fan forum during the recent AsiaPOP Comicon at the SMX Convention Center in Pasay City.

As the werewolf Derek Hale in the MTV show about hunky teenage howlers and, later on, the Man of Steel in the CW network series “Supergirl,” Hoechlin has muscled his way, so to speak, into the ranks of actors who have portrayed pop-culture icons on TV.

Despite the heavy beard and low-key style
—blue jeans, sneakers, plain shirt, or the staples of young Hollywood male celebs guesting at the Con—there’s no hiding the gorgeous smile and toned physique of Hoechlin, a native of sunny California.

Those assets served him well in donning the red cape of the much-loved Kryptonian, and yet it’s also clear to fans and critics alike that the 29-year-old has the acting chops for the role that has changed hands through different platforms and generations.

His Superman has been described “a breath of fresh air,” that is, compared to the darker, some would even say grim, cinema version by Henry Cavill (as directed by Zack Snyder). “Being Superman isn’t some crushing burden. He doesn’t feel cursed by his alien heritage or his powers,” said one online review making a case for why Hoechlin “is the Superman we need.”

A true “symbol of hope” was another compliment, that particular critic going so far as to say Hoechlin portrayed “someone who genuinely wants to inspire and encourage others. He takes the time to interact with people and reassure them that he has their back.”

Hoechlin was always quick to point out, though, that he had seen just one version of Superman.

In a media conference at the Con, he again confessed to having known only Dean Cain’s “Lois & Clark: The New Adventures of Superman,” which aired on television as the young Hoechlin was growing up in the ’90s.

“I think you get to a point where you just have to commit to your idea of it,” said the latest incarnation of Clark Kent when asked how he approached the role and if he ever felt burdened by the responsibility or the weight of expectation.

Hoechlin firmly believed it’s better to fail having committed to one’s own interpretation rather than fail in spite of doing what one thinks people might want. “If people don’t like it, at least they didn’t like your idea, as opposed to… you have to sit there thinking, ‘aww, they didn’t like it and that’s not even what I wanted to do.’”

It seems a fair, level-headed mind-set for one who’s been in the industry for 21 years and has at a young age learned the ropes of show business (including being very tight-lipped about top-secret details—not even a smidgeon of a spoiler!—of his return to the final season of “Teen Wolf” and his auditions for the next “Fifty Shades” movie).

Hoechlin’s first major gig was as the son of Tom Hanks in “Road to Perdition,” the Sam Mendes-directed crime thriller that earned multiple nominations at the Oscars and British Academy of Film Awards in 2003.

At the media session he recounted how he landed the role even if he initially declined to do the tryouts. He had refused to act out scenes he did not like, but eventually ended up in the audition room right after his brother’s turn.

In all his events at the Con, Hoechlin was not asked at all about dipping his toes in independent cinema but he has spoken freely about engaging in activities that could one day lead him to a career in producing and directing films.

Hoechlin wants to eventually become a producer and filmmaker. For now those are aspirations he tries to satisfy with a love of travel (“I get to see a lot of different cultures, it’s a very mind- and eye-opening thing to do”), taking on hobbies like photography, as well as reading and discovering interesting stories.