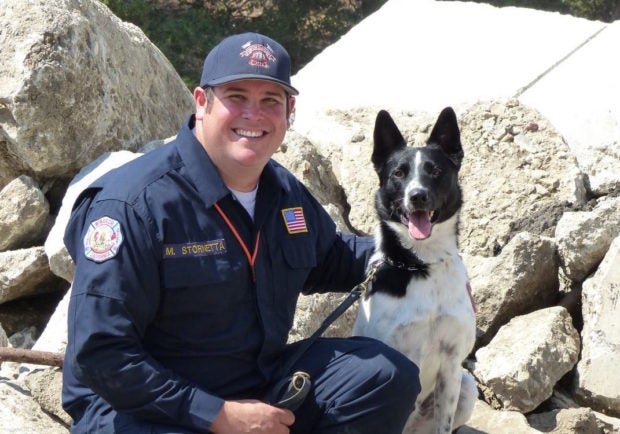 While rescue efforts in the aftermath of Hurricane Harvey include saving pets, dogs have been doing their part as well to save lives.

According to Mashable, some of these canines shouldn’t even be alive: three search-and-rescue dogs were on lists to be euthanized prior to being rescued and trained by a nonprofit.

The organization Search Dog Foundation finds dogs who are about to be killed due to unwanted behaviors—and then trains them to assist rescue teams in disasters.

A black-and-white border collie named Rocket was set to be killed because of his obsessive behavior and high energy. Previously considered “unadoptable,” now he’s able to use his “quirk” in searching for survivors in Texas.

Rocket has already been doing some heroic deeds. His first mission was with his partner, a firefighter from California, Mike Stornetta. Together, they searched for victims in a 2016 California plane crash.

Another dog, Jester, a border collie mix, was left in a shelter when just a year old because he kept jumping out of his owner’s fence. According to his profile on the Search Dog Foundation website, he could “fly over a seven-foot fence with no problem.”

Java, a plott hound mix, was a stray found in a kill shelter—where animals are killed once the shelter reaches capacity.

Now that they’ve been given a second chance, all three are search dogs in a team of 14 that have been deployed to Houston.

A representative told KEYT-TV that the dogs can look for missing people in vast areas where water has gone down in a matter of minutes. Otherwise, search teams could take hours and days. Niña V. Guno/JB