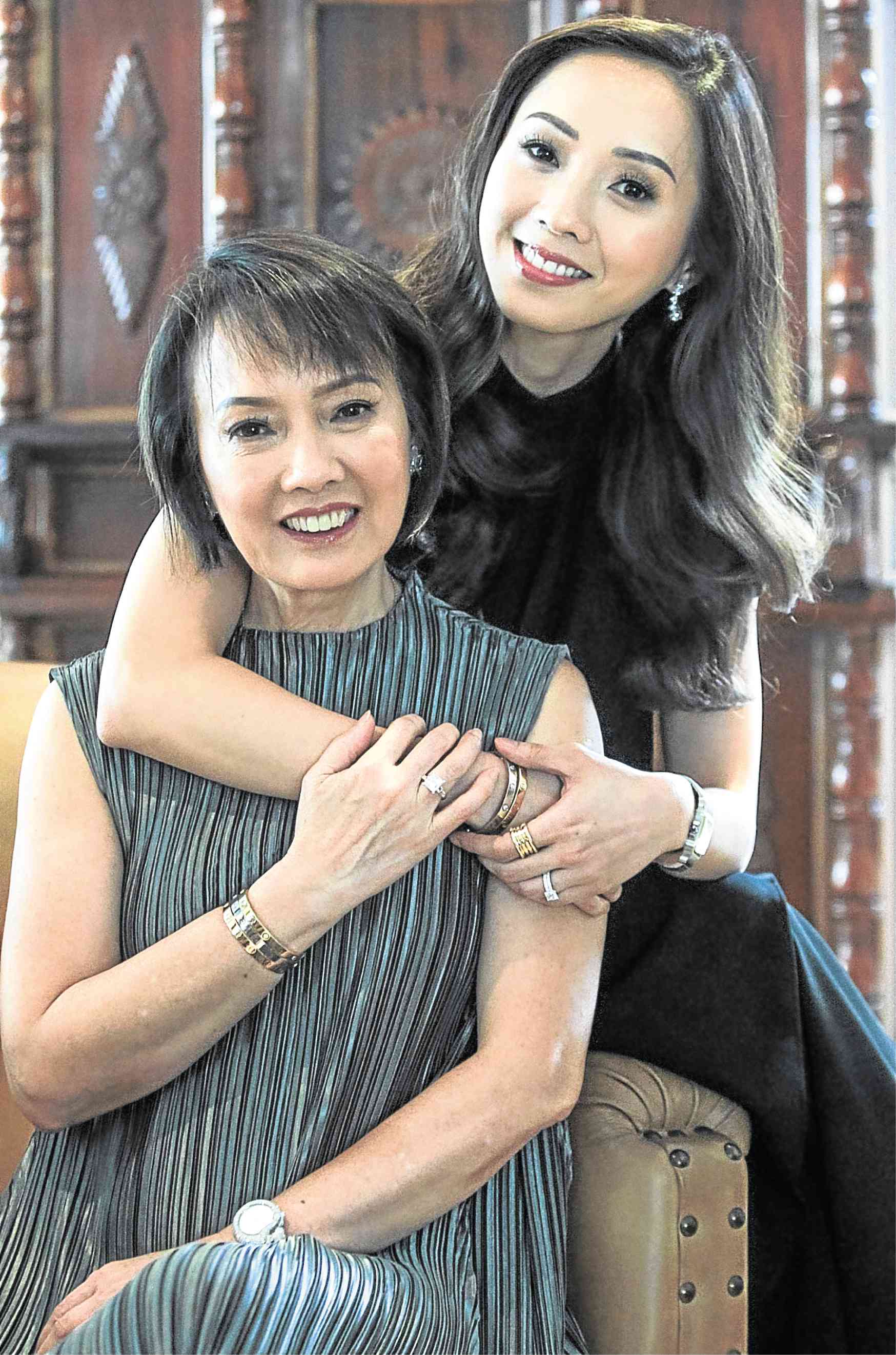 “Technology came only 10-15 years ago, and the results of the first lasers weren’t so good,” she says of the aesthetics aspect of the practice.

By today’s standards of heavy marketing in dermatology, Dr. Sylvia is an anomaly. Conservative, as her eldest child describes her.

But she must be good at her profession, as a generation of patients, and now their children, trust only her with their skin.

Those celebrities on Edsa billboards shilling for other skin clinics? Chances are, they go to her in reality. Dr. Sylvia, however, won’t name them; they’re patients, not paid endorsers.

Dr. Sylvia’s eldest daughter, now also a dermatologist, says patients who go to her own clinic at Rockwell do so only because they avoid the traffic going to her mom’s in Greenhills.

“Eighty percent of my patients at Rockwell are my mom’s who just happen to live nearby,” says Dr. Pamela Huang. “The remaining 20 percent are referrals and don’t want to go to Greenhills. They’re apologetic to her when they come to me, but I understand… There’s a certain relationship and loyalty.”

The younger Dr. Huang, 37, practically grew up in her mother’s clinic. She also spent her free time in the hospital with her dad, a surgeon, which was what this UP College of Medicine alumna really wanted to be.

“It was a lifestyle choice in the end,” Dr. Pamela said, “because surgeons are always on call, and I didn’t want that kind of life.”

On certain days of the week, mom and daughter share the Greenhills clinic. There’s camaraderie and respect. “Whatever she’s been doing for 30 years obviously works, so her decisions speak for themselves,” says Dr. Pamela. “I’m a little more aggressive.”

When a certain laser is new, “I don’t adapt right away,” said Dr. Sylvia. “I wait a few years until they perfect the machine. It’s embarrassing if you tell patients to try it and the result isn’t good.”

Filipino derma patients want only two things, say the doctors: to be whiter and to look younger.

The Huangs agree that with managed expectations, these beauty issues are solvable to an extent.

On getting fairer skin, a multimillion-dollar industry in many parts of Asia, including the Philippines, “It’s in your genes,” says Dr. Pamela. “You won’t get whiter, you’ll just look brighter. There are lasers to brighten, not necessarily whiten. When you say whiten kasi they expect to be three shades lighter.”

For patients who want the effects of a facelift without going under the knife, the Huangs recommend Ultherapy or Ulthera, an antiaging treatment that uses ultrasound to remodel one’s collagen and tighten the skin.

“It has several heads so it hits several layers, just like surgery or a facelift, where you lift from the inner part or muscle, so there’s support,” Dr. Pamela said. “If you’re treating just the skin and the fat is falling, your face will eventually sag. The anchor points are the jawline and under the chin, the jowl, around the eyes, the browline.”

The procedure takes about an hour, and is recommended as a once-a-year treatment.

“There’s immediate result,” said Dr. Pamela. “But as in any collagen remodeling procedure, it takes at least three months to see the effect because that’s how long it takes for your collagen to regenerate.”

The result is not as dramatic as a surgical facelift, “but you look more natural,” Dr. Sylvia added. Some patients may also require procedures other than Ulthera.

The Huangs stress the importance of undergoing such procedures in a real derma clinic, where a licensed dermatologist performs it, not a nurse or an aesthetician.

The younger doctor does not hide her disgust at how commercialism has “compromised some of the professionalism” of their practice.

“It has gone a bit too far,” she said, referring to aesthetic centers that offer procedures that were previously the exclusive domain of doctors.

“That’s what has resulted from all these marketing practices. People see that it’s so lucrative that people want to do it. They’re run like a business,” she added. “They don’t even care about the pathological cases now. The basis is always the anatomy and the physiology, and there’s still a pathological side to it. The aesthetics is the icing on the cake.”

Added her mom, “We have patients who are highly educated and they don’t know what a derma is. ‘Nag-aral po ba kayong mag-doktor?’ they ask me. You’ll be surprised!”

While it takes at least three years to specialize in dermatology after medical school, they said there are various societies and bodies now offering weekend training to do injections, fillers, Botox.

“Or they go to Thailand for one, two weeks, when they come back, ‘dermatologist’ na sila,” said Dr. Sylvia.

There is constant lobbying to regulate certain procedures, and to set qualifications, said Dr. Pamela, “but the Philippine Dermatological Society can’t pass them because of the politics involved.”

As for individuals who think dermatologists are inferior to brain surgeons, the young doctor said, “That’s what I meant about derma being so focused on aesthetics, dermatology as a specialty has been trivialized. If injections can be done in beauty centers, then it trivializes the procedure.”

The Huangs are not proponents of blanket prescriptions—they won’t tell you, for instance, to put on sunscreen if you don’t really go under the sun. It’s all marketing, they said.

“Appreciate what God has given you. You can enhance but don’t overhaul,” said Dr. Pamela.