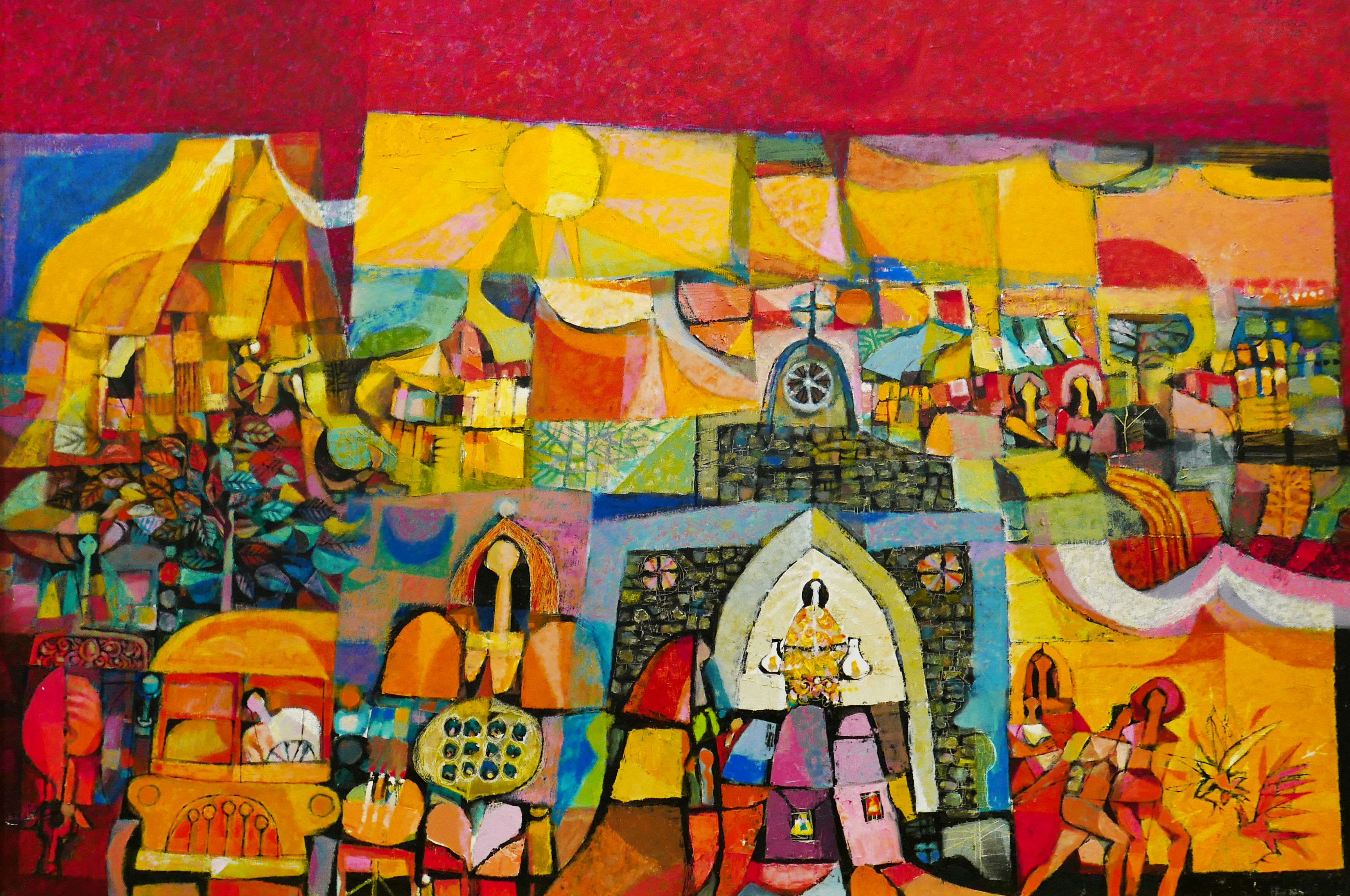 Richie Lerma, art adviser of Salcedo Auctions, could hardly hide his giddiness while telling the stories behind some “highlights”—those prized treasures that bidding gladiators will fight over this weekend at “The Well-Appointed Life” auction at Peninsula Manila.

There is a rare oil painting from Mauro Malang Santos (“He was allergic to oil and usually painted in gouache”). The work’s American owner, Lerma recalled, once called his office to ask whether Salcedo Auctions “knew anything about the artist.”

A vintage stainless-steel, “important” and “extremely rare and collectible” Rolex Oyster Daytona Paul Newman (only 200 pieces all over the world) is expected to reach eight figures.

A 200-piece Herend porcelain set with the coveted Rothschild bird pattern outlined in 24-carat gold would fetch a neat P5 million if bought on retail.

Featured on the hotel’s driveway are a two-tone, quaint 1930 Ford Model A coupe and several “American muscle cars” for speed freaks with cash to spare.

Last week Lerma showcased in a gala at the hotel’s mezzanine an impressive sampling of over 700 lots which would take turns under the hammer at the fourth “Well-Appointed Life” auction scheduled this weekend at the Rigodon Ballroom.

(The collectibles are shown in batches at the hotel lobby throughout September.)

“In the course of the eight years running Salcedo Auctions, it is the stories behind the pieces, also the life of the artworks (with their owners) which is really fascinating,” Lerma told Lifestyle before the gala opened.

Among his stories were that of the owner of a BenCab painting who contacted him through social media to inquire about how to sell.

“Turns out, it’s a documented artwork in a book by Cid Reyes,” he said.

The Rolex Daytona was bought in Singapore for US$900 while the owner’s family was on vacation during the mid-1970s. Lerma believes the watch is a great catch because “we have foreigners flying in to bid.”

Lerma called attention to a 17th-century ivory statue of a hauntingly serene Crucified Christ, and a Murillo-Velarde map detailing the Philippine archipelago that appears to be the 2.0 of another which the government used to argue its claim over Scarborough Shoal.

There was also a pair of wooden statues of a girl and a boy created by José Rizal’s student José Caancan, from Paete, who learned from the hero while he was in exile in Dapitan.

Lerma lifted the statues to show the intricately carved details of the children’s clothes and the dynamic movement of their walking feet caught in wood.

Holding court at the center of the gallery that night was a 30-foot painting called “Ang Kiti” by National Artist HR Ocampo, whose owner trained his household staff how to meticulously unfold the painting’s tetoron canvas before awed guests for their scrutiny and appreciation, before folding it back to be stored until his next event.

After holding auctions for the past eight years, Lerma observed there were three groups of sellers of art and other treasures in the country.

“There are elderly individuals or couples organizing their affairs for estate planning who come to us for valuation and how proceeds (should be) divided among their children,” he noted.

“Or if the parents (failed to do that), so the children have to. Or they inherit the pieces. Perhaps they don’t have a nostalgic attachment and they are aware of the value, so they decide to unlock the value of what they have,” Lerma added.

A third group of sellers would be “people who are engaged in the trade, who buy and sell art, who see that over time, there is a certain appreciation, who see art as an investment or a valuable asset and unlock its value. Then acquire another asset, and then liquidate it over time,” he explained.

Buyers can be divided into two distinct age demographics.

There are “senior ones,” he said, who have the means and “whose part of the joy of living is acquiring things. If they feel like buying a P10 million Ang Kiukok to complete their collection, anyway the children are already (on their own).”

Then there are the upwardly mobile and younger set composed mostly of “couples, singles and entrepreneurs” who would be doing a “disservice” to their “homes in the glitzy subdivisions… by not having great art.”

Lerma acknowledged there were still those who “buy to invest… Not like they are buying to illuminate their homes. Art doesn’t necessarily make them happy but they see value in it. A good opportunity to hold on to for a few years and sell (later).”

Most of those engaged in buying and selling art as an investment are in the 30-55 age range.

Those in their late 20s to late 40s are also aggressive while “building up their position in life and acquiring for their homes.” –CONTRIBUTED