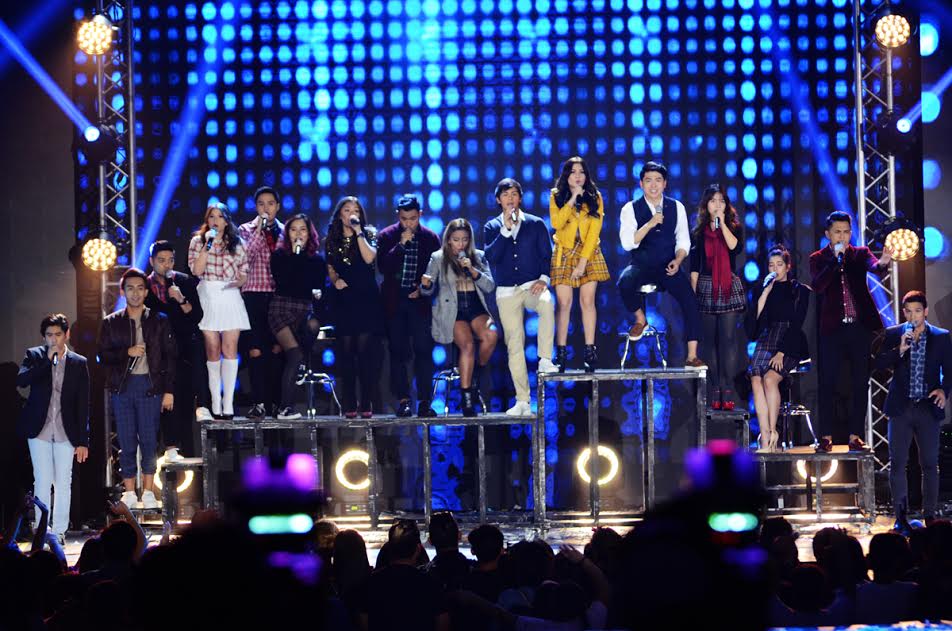 The next generation of Star Magic heartthrobs and singers. PHOTOS BY DEXTER R. MATILLA

Star Magic and the evolution of stardom

Inside the Smart Araneta Coliseum in Cubao in a recent remote telecast of the Sunday variety show “Asap,” thousands of fans scream at the mere mention of the names of the celebrities they support.

The screams get louder when the “KathNiel” (Kathryn Bernardo and Daniel Padilla), “LizQuen” (Liza Soberano-Enrique Gil) or “JoshLia” (Joshua Garia-Julia Barretto) pairings, as “love teams” are known, come out.

While it’s seriously difficult for the uninitiated to keep up with the portmanteau of names of love teams adored by fans, the excitement generated by Star Magic’s talents cannot be denied.

Whether it’s a dynamic dance performance from Maja Salvador or a sexy one from Kim Chiu and Gerald Anderson, a song number from the youngsters of the Star Magic Singers or a Broadway tribute from Vina Morales, Angeline Quinto, Yeng Constantino, Erik Santos and Jed Madela, the fans just can’t get enough of their idols and clamor for more.

Though everything works like a well-oiled machine onstage, it’s a totally different atmosphere backstage.

Just outside one of the rooms is Jolina Magdangal chatting with a few people, waiting for her cue. Jericho Rosales poses for a few photos, and when one female reporter asks if he has time for a few questions, he accedes immediately before heading to his changing room.

It’s here that one sees how well-equipped Star Magic talents are to live up to their names and the brand they represent.

On television or in movies, some consider them larger-than-life, and there’s a reason why many people idolize them. Not only are these individuals good-looking and talented, they also have the correct attitude, a mix of assertiveness and even ruthlessness balanced by level-headedness and respect toward their management handlers and older stars.

That, in general, may be why Star Magic has been a success in its first 25 years, producing individuals who have won entertainment awards here and even abroad.

When asked for the reason behind this, Johnny Manahan, or “Mr. M.,” says: “We did our homework and we trained them well. Also, we have been very lucky.”

For Jodi Sta. Maria, one of the more successful talents the management has produced, Star Magic not only sees the potential in the individual, but they also “take care of it.”

Sta. Maria says: “It’s very important that you love what you do. You do it because it’s your passion. Hard work is really important, but one of the most important things I’ve learned is attitude first before talent.”

Anderson says Star Magic provides guidance to talents, who excel in an encouraging environment and culture as fostered by the leadership of Mr. M and Star Magic head Mariole Alberto.

“Iyung pagmamahal ng mga tao sa isa’t-isa, from handlers to road managers, to other artists,” Anderson says. “Star Magic is a family talaga, and we want to present ourselves as good examples.”

Being a part of Star Magic, says Arci Muñoz, means you can’t just settle with what you have.

“There’s no limit to the learning if you are part of Star Magic,” Munoz says. “There’s always a need to develop one’s skills.”

“Everything that I am today, the way I work, I treat my job, lahat iyon utang ko sa Star Magic, I owe it all to Mr. M and Tita Mariole,” says Shaina Magdayao.

The same goes for the younger generation of Star Magic talents such as Hashtag members Jameson Blake and Zeus Collins.

“When I first started training with Star Magic, I realized that I could do stuff that I thought I couldn’t do like dancing and acting,” Blake says. “I never really did those before, it wasn’t really my thing, my passion. But then when I started to do it, I realized kaya ko pala. I discovered na may mga talents ako that was just in me that I couldn’t do before, but because of Star Magic, now I can.”

Collins says being part of Star Magic has given him confidence to showcase his dancing talent.

Vin Abrenica says that, even before signing with Star Magic, he has heard of its reputation for guiding well its talents.

“When I learned I’m going to be part of Star Magic, I was the happiest person,” Abrenica, who confesses to idolizing Piolo Pascual and Jericho Rosales. “May nagbabantay sa career path mo.”

Star Magic, says Manahan, goes by the adage “Ad astra per aspera,” that is, “a rough road leads to the stars.”

As Star Magic looks forward to the next couple of years, Manahan says he is hoping for nothing but “more magic.” —CONTRIBUTED

As part of the golden anniversary of ABS-CBN’s Star Magic, the Star Magic Ball 2017 will be held on Sept. 30 at the Grand Ballroom of Makati Shangri-La, Manila.