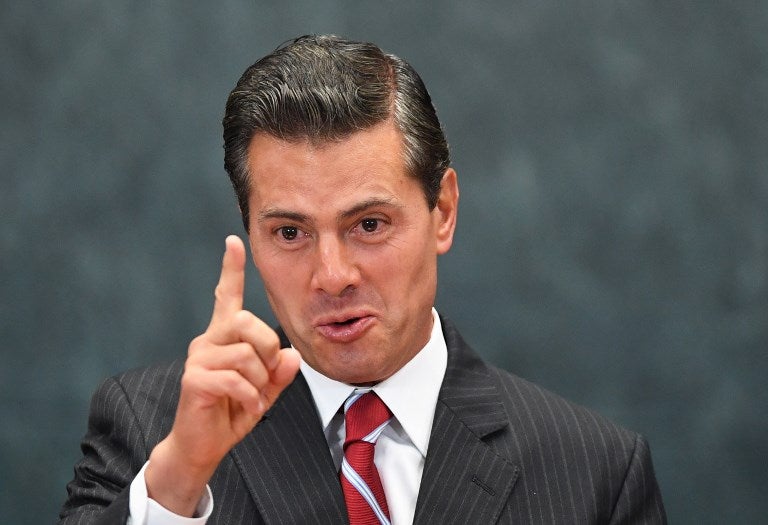 Mexican President Enrique Peña Nieto gestures during the announcement of the investment in tourism at Los Pinos Residence in Mexico City, on September 18, 2017. AFP

The park, dubbed Amikoo — or “friend” in the Mayan language — will have rides and characters based on Mayan mythology and be built in two phases in the so-called Riviera Maya, a stretch of pristine beaches on Mexico’s southeastern coast.

“We’re going to compete with other (parks) up there (in the United States), and I’m sure ours will be better,” Pena Nieto said at a ceremony also attended by the Mexican investors behind the project.

Mexico became the eighth most-visited country in the world last year, according to the World Tourism Organization, with 35 million international arrivals who spent some $19.6 billion.

The vital sector represents some 8.7 percent of the Mexican economy.

The move to challenge US theme parks such as Disneyland and Disney World comes at a time of tense relations between Mexico and the United States.

The two neighbors’ ties have frayed since US President Donald Trump was elected on vows to make Mexico pay for a wall on the border and a campaign laced with anti-Mexican rhetoric.

The new 120-hectare (300-acre) park will have attractions such as a flight simulator that lets visitors fly over popular Mexican tourist attractions, a mock submarine and a pirate ride.

It will also have a 320-room hotel, a Mayan archeology and anthropology museum, and dedicate 75 percent of its property to environmental conservation.

The first phase is set to open in November 2018 and the second two years later.