The halftime performance that made a stand | Inquirer Lifestyle ❮ ❯ 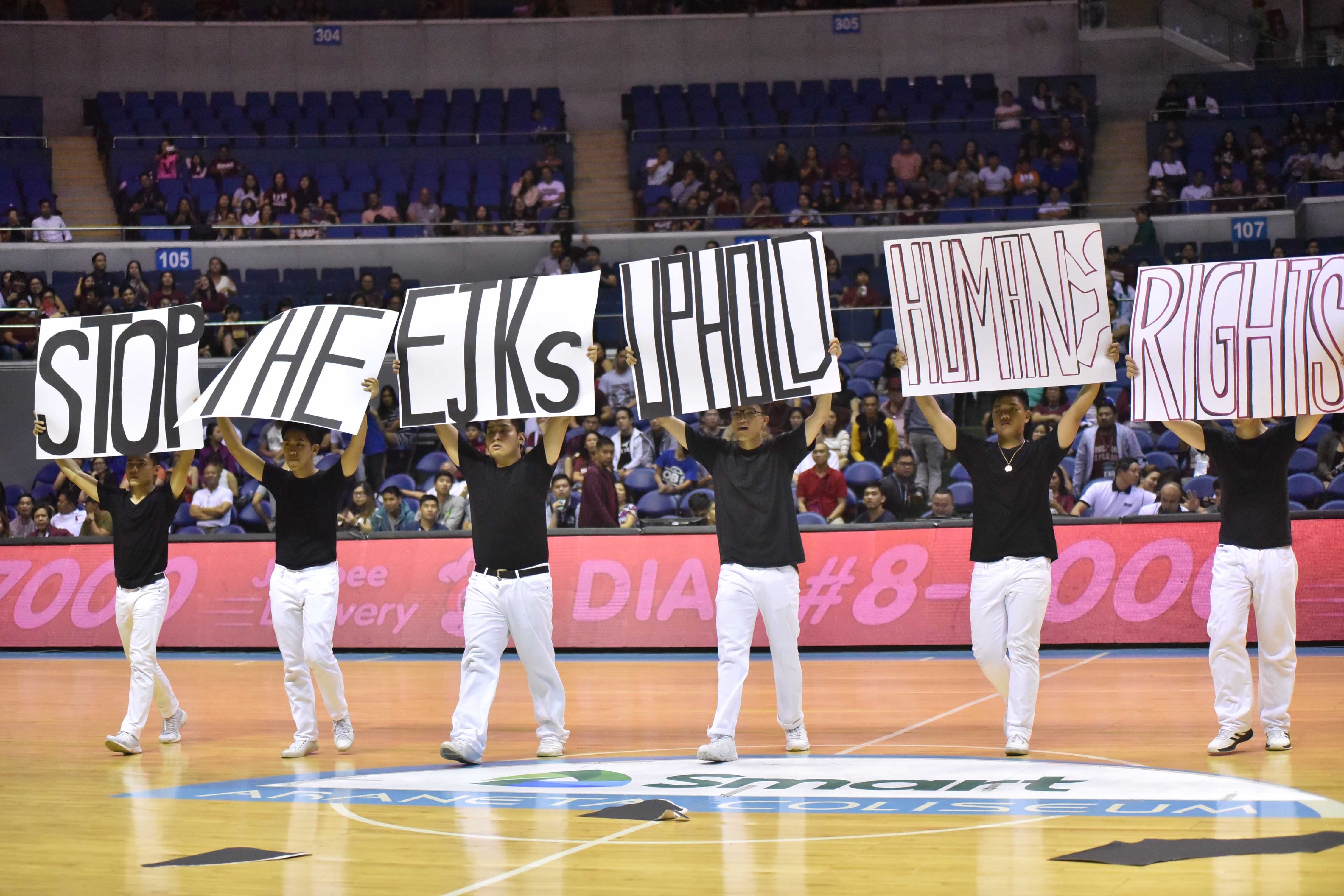 The halftime performance that made a stand

On Sept. 21, 1972, then President Ferdinand Marcos signed Proclamation No. 1081, putting the country under martial law. The writ of habeas corpus was suspended, leading to thousands of arrests, tortures, disappearances and deaths.

Fast forward 45 years later, and history appears to be repeating itself. Martial law is back, in Mindanao at least, and the headlines today—the innocent, presumed guilty, murdered by the very people who swore to protect us—are eerily similar to the days of the Marcos dictatorship.

The sad part is, despite the alarming rise of casualties, and even as neighboring countries condemn these killings, many Filipinos are actually satisfied with the way the country is being run.

In the face of this gross injustice and fear, one youth group bravely made a stand.

On Sept. 13, at halftime of the University Athletic Association of the Philippines (UAAP) men’s basketball game between the Ateneo Blue Eagles and UP Fighting Maroons, members of Ateneo’s Blue Babble Battalion took off their jackets, ripped a hand-drawn P1,000 cardboard bill (a reference to the P1,000 budget that the House of Representatives allotted to the Commission on Human Rights), and raised placards with these words, in big, bold letters: “STOP THE EJKs. UPHOLD HUMAN RIGHTS.”

The message was so powerful, both Ateneo and UP students roared in approval.
The performance blew up social media. Supporters and bashers alike couldn’t stop talking about it.

Babble coach José Rafael Dimaano admits that he was initially worried about the squad plans: “They are braver than me. It was their idea. I was actually afraid for them, afraid for their safety and the possible cyberbullying they were sure to receive. After much thought, however, I came to realize that if we played things safe, we cannot bring about real change.”

On that day, seven young men boldly lent their voices to those who are afraid to speak—or can no longer speak. They are part of a generation that isn’t blind or stupid, and that is braver than the lawmakers who say “yes” to what’s wrong and unlawful.

This is the generation that will take charge of the country in the near future. —CONTRIBUTED