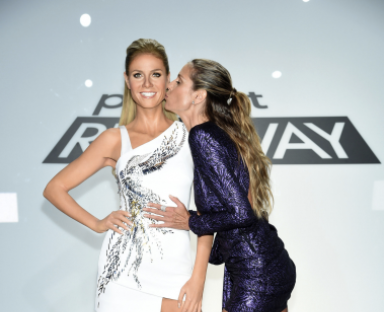 Emmy-nominated fashion TV show “Project Runway” has teamed up with Madame Tussauds New York to create an interactive attraction based on the series.

The waxwork museum has launched a five-part “Project Runway” experience that will offer guests the chance to hit the catwalk with a new wax sculpture of supermodel Heidi Klum, the show’s host. The exhibit will also let visitors style their own virtual catwalk looks, star on the cover of Marie Claire magazine, explore sketches, fabrics and a Project Runway “Hall of Fame”, and take on the role of a show contestant. Their savable and shareable runway looks will be created using digital displays and model avatars.

“I love that fans will be able to step-into a dedicated space at Madame Tussauds and feel part of Project Runway,” said Klum in a statement. Talking about her new waxwork likeness, which is dressed in the white Barbara Bui gown the star originally wore for the 2016 season finale of the show, she said: “Madame Tussauds artists measured me for over two hours taking over 200 measurements and 150 photographs. The result is amazing! I especially love that my figure has such a big smile, I think it captures me so nicely.”

According to Madame Tussauds New York general manager Anna Domingo, the new attraction is aimed at “giving guests a behind-the-seams glimpse into the world of fashion and leaving them feeling inspired all while having unbeatable, interactive fun.”

Since its inception, “Project Runway” has helped launch the careers of several designers, including Christian Siriano, Michael Costello and Austin Scarlett. It is currently in its 16th season. JB