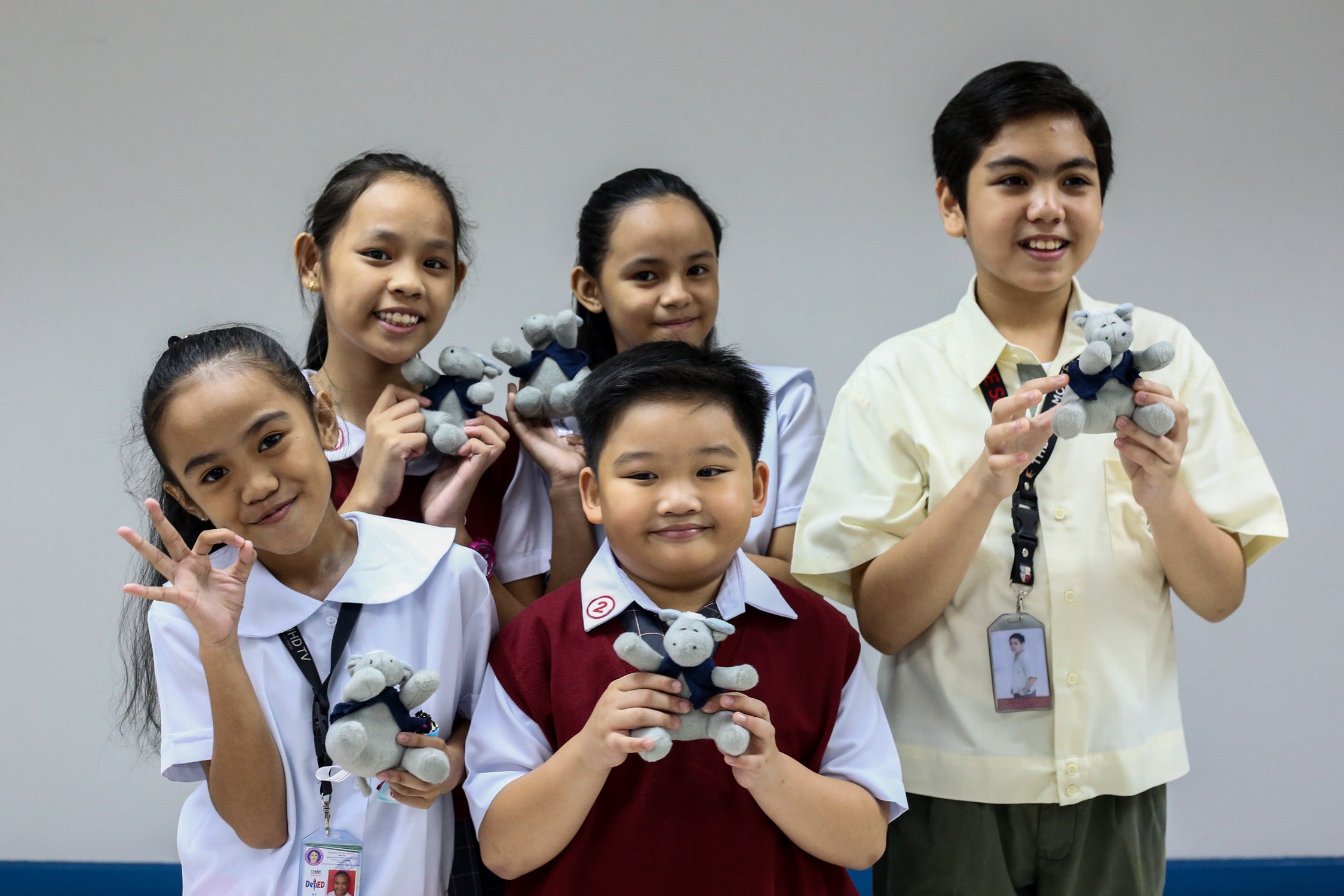 Five young storytellers will compete for the title of Storytelling King or Queen on the second day of Inquirer Read-Along Festival on Oct. 7.

The finalists, who were picked after the semifinal round on Saturday at the Inquirer main office in Makati, are: Reeve Angelo Penuliar and Izabelle Rose Dimzon of School of Saint Anthony in Quezon City; Iza Nicole Barcena of Jacinto Zamora Elementary School in Manila; Princess Jeza Gail Eliang of Antonio Regidor Elementary School in Manila; and Jose Joachim Manalang of the Seed Montessori School in Quezon City.

The semifinalists read the story “Super Ningning” by Liwliwa Malabed. It is about a young girl who wishes for superpowers to defeat school bullies but later realizes that kindness and compassion matter more.

The contestants and their coaches attended a workshop on the basics of book-based interactive storytelling on Sept. 16. It was conducted by veteran Read-Along storytellers and festival competition judges Dyali Justo and teachers of Sophia School in Meycauayan, Bulacan led by principal Ann Abacan.

Ten semifinalists were chosen out of 81 contestants during the elimination rounds on Sept. 23. Only workshop participants, who have not won in any previous storytelling contest, were eligible to join the competition.

Now on its seventh year, the two-day festival of marathon storytelling will be held on Oct. 6-7 also at the Inquirer main office. Its highlight is the crowning of the Festival King or Queen, the storytelling champion among pupils aged 7-12.

With theme “Hope for the Children, Hope for the Country,” the festival, which is comprised of four storytelling sessions, will feature tales of hope, resiliency and environmental awareness.

Those interested in joining the festival may call Odeng Orolaza, 8978808 ext. 330 or e-mail [email protected]. Slots are on a first-come, first-served basis./jpv