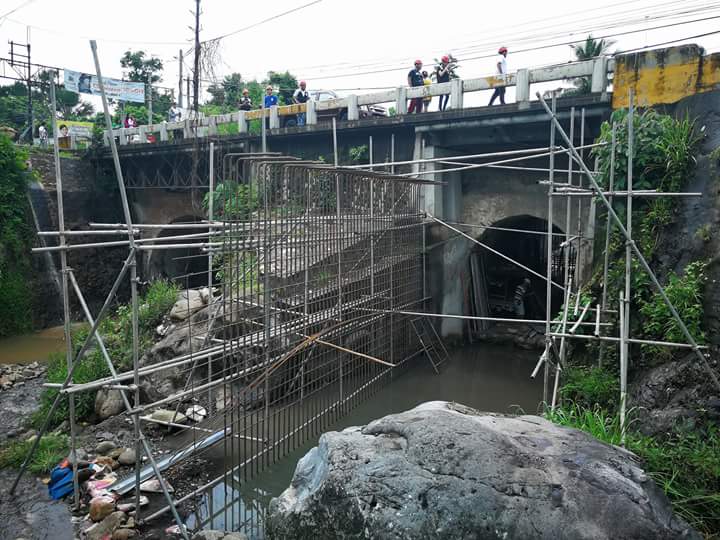 The controversial project of the Department of Public Works and Highways (DPWH) to widen the ancient Gibanga Bridge in Tayabas, Quezon, has resumed with clearance from the National Museum (NM), alarming local heritage advocates who said they weren’t consulted or informed.

The resumption was learned by Councilor Lovely Reynoso, member of the heritage group Oplan Sagip Tulay, who said the local government was not consulted and informed either by the NM or DPWH.

It was NM that declared Gibanga Bridge a National Cultural Treasure.

The Inquirer tried to get the side of NM officials Jeremy Barns and Angel Bautista, but to no avail.

But DPWH officials confirmed the project was resuming.

“The National Museum interposed no objection to the submitted plans and design for the project,” said Josine Estuye of the DPWH Public Information Division.

District engineer Nestor Cleofas said the DPWH of Quezon was “verbally instructed by DPWH Secretary Mark Villar to submit plans of the project to the National Museum of the Philippines for comments and consideration.

“The National Museum interposed no objection to the submitted plans and design, which are the construction of two independent structures on both direction with consideration that the Spanish colonial-period structures of Gibanga Bridge should not be modified, altered or demolished, hence the resumption of work.”

The project was stopped early this year after DPWH scraped off the sides of the stone bridge for the widening project.

The project would also affect Sariaya town and its heritage houses.

Last April, an agreement was reached among DPWH, NM and National Commission for Culture and the Arts to temporarily stop the project pending the submission by the DPWH of its plans to save the bridge.

It is not known if the diversion road would still be constructed.

John Valdeavilla of Oplan Sagip Tulay expressed alarm that the original project would resume and endanger the bridge and houses.

Locals said NM didn’t properly inform the towns affected about its decision to give the go signal to the project.

Oplan Sagip Tulay warned that new materials might come into contact with the bridge and affect its integrity.

Valdeavilla said Oplan was holding a signature campaign against the project.

“We are one with the national government in its intention to construct infrastructures like bridges and roads for the benefit of the common good and public safety, but we want to reiterate our desire to preserve our National Cultural Treasure for public tourism and for the common good of the present and future generations,” Oplan said.

Meanwhile, heritage advocates raised concerns over the redevelopmentt of the Tayabas plaza across the Basilica of Saint Michael the Archangel.

The city hall project would include “removal of structures and destructions” as well as the “improvement” of the American-era bandstand, according to the plan.

But the development has demolished the perimeter fence and covered the open lower portion of the bandstand.

Tayabas historian Ryan Palad said “the activities are not sensitive enough to acknowledge the significance of the area.” He added the balustered perimeter fence should have been preserved and that it should stay as an open space and not be surrounded by concrete fences.

“The use of balusters as element of design was common during the American period,” he said. “Thus, primarily, this design must be retained.”

He said any redesign should “conform to the reversibility aspect of conservation,” suggesting “(the plaza) should have been braced underneath.”

He meant that any change should make sure it could be undone.

“I gave the historical background about the bandstand thinking that they would be sensitive enough to take care of the area but this did not happen as we now see more on social media,” he explained.

“Tayabas netizens are now clamoring for its restoration. I hope local government will take a second look and consider their sentiments,” he added.

Reynoso, who heads the project, told the Inquirer she was against the construction of the tall perimeter walls and the covering of the ventilation spaces of the bandstand.

She said Mayor Ernida Reynoso had called the attention of the offices of the city architect, city engineer and contractor, N.Q. Villapando Construction, “to correct whatever they need to correct.”