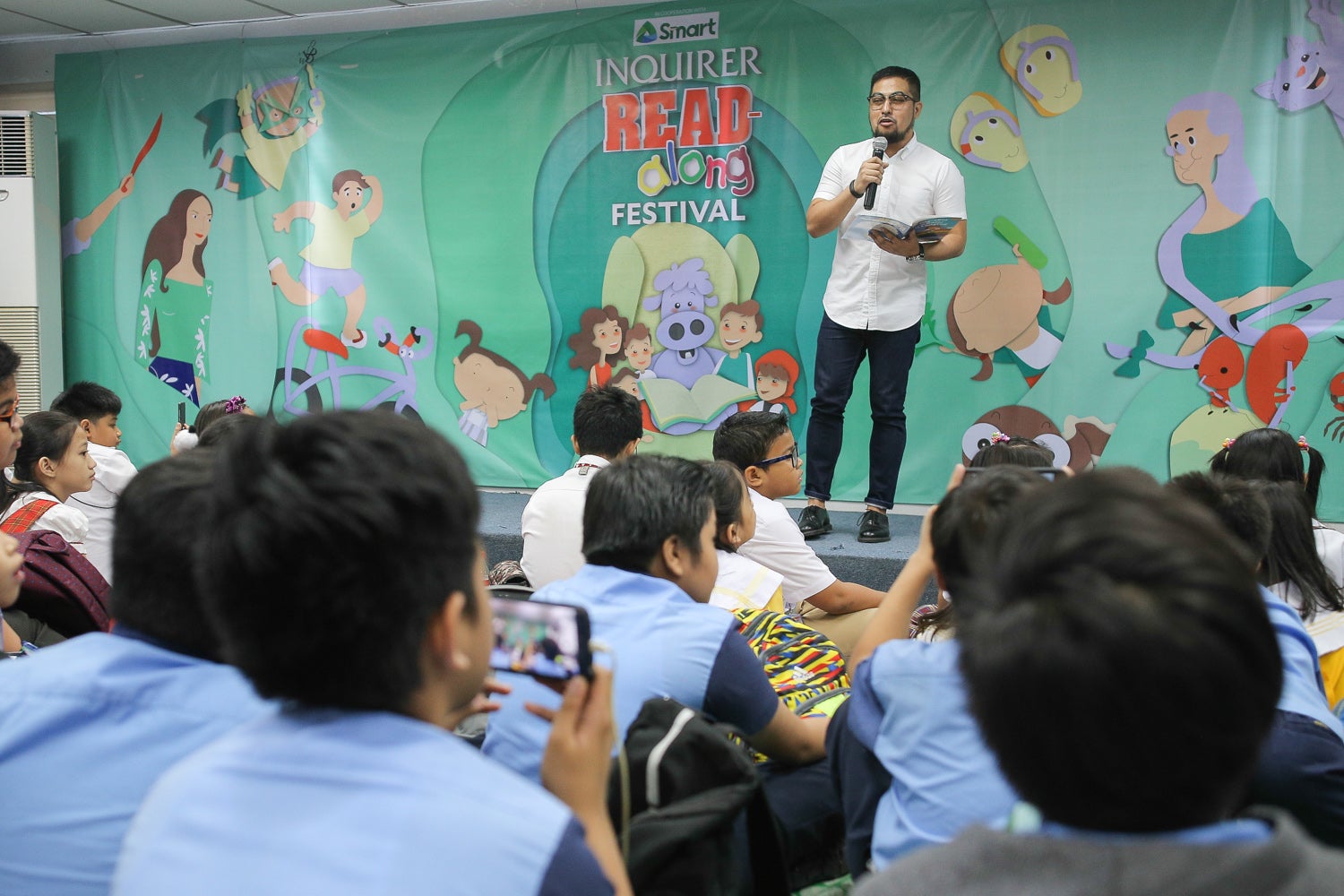 When hope falters, hold on and still believe.

Nearly 100 children listened to stories of determination and aspiration during the second day of the 7th Inquirer Read-Along Festival.

Villonco read Christine Bellen’s “Filemon Mamon,” about a chubby boy who changes his ways to portray his dream role in a stage play.

Gabriel read “Pag-abot ni Kolor sa Lungsod” by Susan dela Rosa Aragon, which tells about a desolate and dirty city that regains its vibrancy upon the visit of a stranger—a painter.

Escasiñas read Rene Villanueva’s “Nemo, Ang Batang Papel,” about a cutout paper boy who experiences adversities of life when he turns into a street child.

Villonco said children should emulate Filemon who did not lose hope even when he failed to get the role in his first attempt.

“I don’t think anyone should lose hope when it comes to that. I myself have faced rejection several times and it’s character building,” she said.

“Life goes on and that’s what the children should always learn. We have our down times and we have our up times,” Villonco added.

Villonco is casted as Miss Jennifer Honey in the upcoming show “Matilda The Musical.” It will run from Nov. 10 to Dec. 10 at the Meralco Theater in Ortigas, Pasig City.

Likewise, Gabriel said everyone should be resilient amid trying times.

“We should not lose hope whenever we are into tough situations. Believe that favorable change will come our way,” said Gabriel, a microbiology professor and scientist at the University of the Philippines-Diliman.