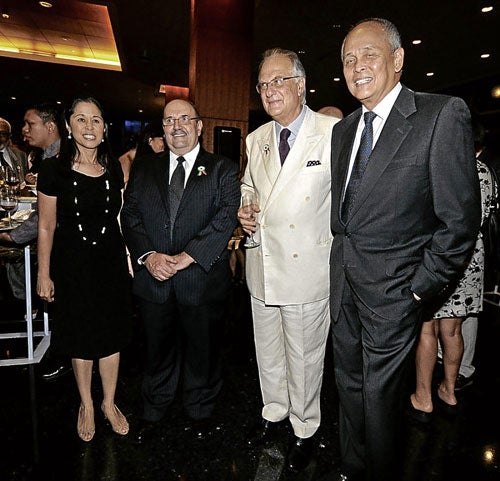 The spirit of abbondanza and la dolce vita filled the air during the recent celebration of Italian National Day at Greenbelt. 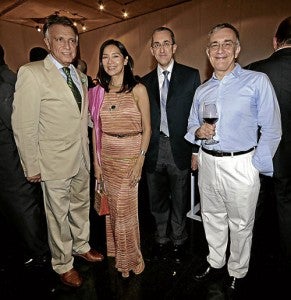 In Europe, the piazza or plaza is the soul of a city’s life, where art, religion, cuisine, commerce and community converge. In the Philippines, the mall is the counterpart.

The community spirit of the piazza was recreated at Greenbelt, where the finest Italian cuisine was served while music by Eugenio Bennato Band entertained guests at the fountain area of Greenbelt 5.

Italian motorcycles, including the iconic Vespa, were displayed outside the venues. The diplomatic community and Manila’s crème de la crème gathered at Ayala Museum to partake Italian food prepared by Margarita Forés’ group.

Among the most popular were the prosciutto di parma (Parma ham) and salami Milano, with various condiments and honey marmalades of fruits and chestnuts, and home-baked Italian bread that shared the space with the sumptuous caramelized cambozola cheese laced with figs.

The guests munched on fritters with zucchini, tuna and roast porkloin appetizers. There were mushroom lasagnas, ravioli with sage-butter, risotto with gorgonzola and pears and the signature flambéd cheese wheel.

Not to be outdone 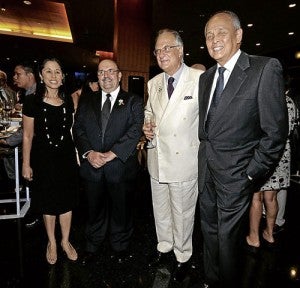 The highlight was the porchetta (deboned roast pig) alongside the finely crusted pizzas. The desserts were not to be outdone. Aside from tiramisu and flavored panna cottas, guests savored the fudgy chocolate cake and barchette (little boats of mascarpone and mango).

After the heavy cocktails, the guests moved to the performance space on Greenbelt 5 and queued for gelato while waiting for the musical numbers.

Snazzily dressed in a classic beige linen summer suit made by his tailor, the host, Italian Ambassador Luca Fornari, waxed enthusiastic about the strength of the Philippine-Italian relationships. It seemed coincidental that, in a setting where the tables were a cornucopia of nature’s bounty, the subject of the conversation was about agriculture and livelihood. Fornari said the Italian and Philippine governments would embark on a new project in Mindanao.

“We have to work together to make improvements in the life conditions and agriculture,” he said.

Jointly financed by the two nations, the project is estimated at $57 million or P2.6 billion. Italian technicians will be working with Filipinos for 6-8 years.

“There will be a political committee from me and [Agrarian Reform] Secretary Virgilio de los Reyes. On the second level is the technical expertise of the Italian and Filipino technicians,” he said. “This will immensely boost the ties between the two of us.”