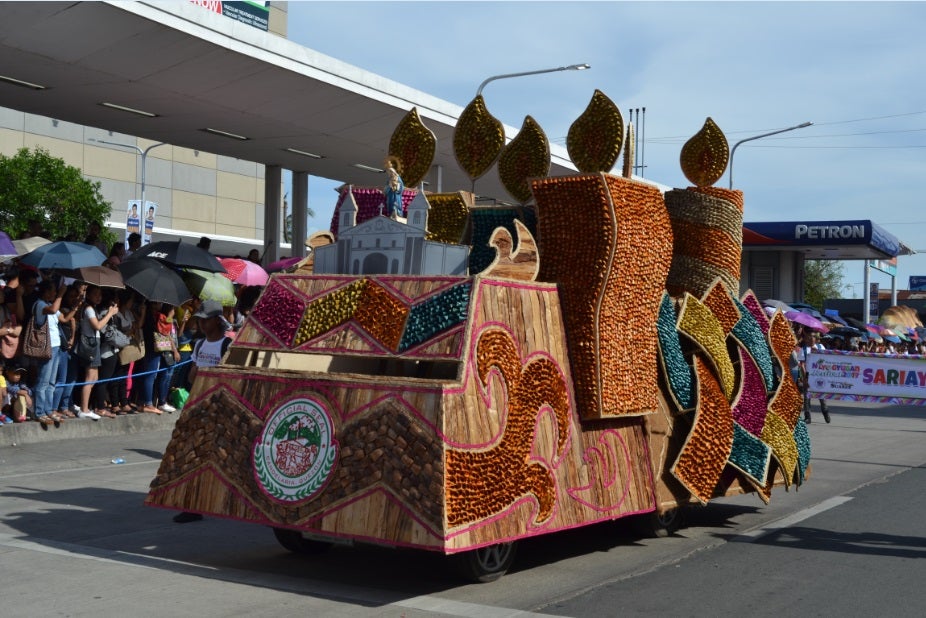 The virtues of the coconut, the tree of life, were celebrated in Quezon province’s Niyogyugan Festival.

Now on its fifth year, Niyogyugan, from “niyog” (coconut) and “yugyog” (shaking to a beat),  merged the other festivals in the province such as the Pahiyas of Lucban, Laguimanoc of Padre Burgos, Sinampalukan of Sampaloc and Maubanog of Mauban.

All of the province’s  two cities and 39 municipalities, including the far-flung municipalities in the Polilio island group and Bondoc peninsula, participated in the festival which featured street-dancing, trade fairs and parade.

The booths, testament to the artistry and creativity of the people, made use of agricultural products and crafts as construction materials.

The festival started five years ago to help revive the coconut industry in the province.

The fiesta also showcased the history and cultural heritage of Quezon as well as its crafts and arts and beautiful natural assets. —CONTRIBUTED