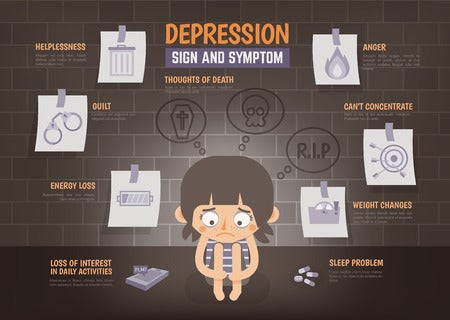 World Mental Health Day 2017: How to look after your mental health naturally

World Mental Health Day 2017 takes place this year on Tuesday, October 10, providing the perfect reminder to take stock of your own mental health.

Here we round some tips on how we can all take steps each day to boost our mood and look after ourselves mentally.

Many recent studies have shown that exercise can be an effective way of helping to prevent and combat depression. One of the largest and most extensive studies of its kind, published earlier this month, found that even just one hour a week of physical activity could be enough to reap the benefits.

After following 33,908 Norwegian adults for more than 11 years, the team found that those who reported doing no exercise at all at the start of the study showed a 44 percent increased chance of developing depression compared to those who were exercising one to two hours a week, and that 12 percent of cases of depression could have been prevented if participants undertook just one hour of physical activity each week.

Research in the United Kingdom found that treating insomnia with online cognitive behavioral therapy could in turn help treat mental health problems such as anxiety, depression, and paranoia.

The team found that by using the psychological treatment to improve sleep, they could also improve mental health, with a lack of sleep often linked to a higher risk of depression. The team added that the results suggest that helping people get more shut-eye could be “an important first step in tackling many psychological and emotional problems.”

Donate some time to volunteer

Helping others has been found to have both physical and mental health benefits, with a 2013 review of 40 academic papers by the United Kingdom’s University of Exeter finding that volunteers rated their levels of depression as lower and their levels of well-being and life satisfaction as higher than non-volunteers.

A 2016 study also found that those who valued time over money reported being happier, with using spare time on more meaningful activities such as volunteering for a charity also increasing happiness.

Spend some time in nature

A New Zealand study for the first time found a link between mental health and a view of the sea or ocean, with an increased visibility of blue space significantly associated with lower levels of psychological distress.

Many previous studies have also shown how access to nature and green spaces can benefit health, with a 2015 study of adults in the United States finding that men in particular and those aged 65 and above sleep better when they have access to nature, with better sleep linked to a lower risk of depression. Natural terrain playgrounds which incorporate trees and grass can also help relieve stress in children, with another study suggesting that living near high levels of greenery could reduce levels of aggression in teenagers. JB

Joey de Leon dismisses depression as just ‘made up’ on ‘Eat Bulaga’; Maine Mendoza says it’s not a joke