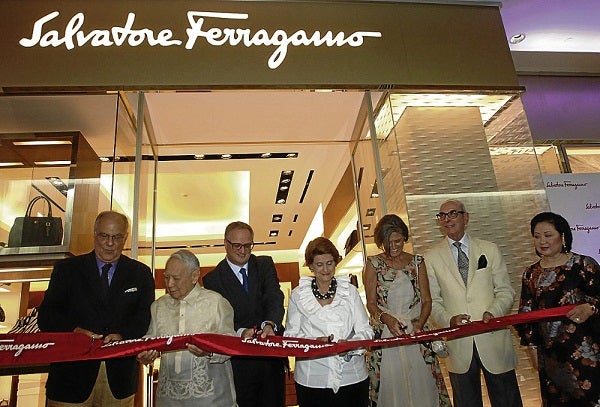 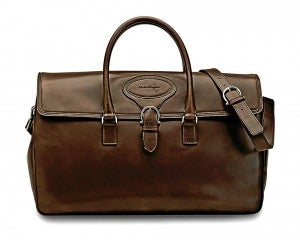 How can a designer know what will please the critics and keep the tills ringing at the same time—at all times?

This is a question that has nagged many a fashion industry insider in the past year, as focus has been placed on the perceived pressures imposed by luxury mega brands on the shoulders of its star designers.

Amid the hype and buzz, media speculates that big-name designers are finding it harder and harder to meet the expectations of their financiers. They’re not only expected to create critically successful collections every six months—not counting pre-season collections—but bring in profits as well.

“The status quo in the world of fashion has changed a lot recently: only a few years ago, designers could still choose to live in their ivory towers and dictate trends that consumers would follow slavishly,” says Massimiliano Giornetti, creative director at Salvatore Ferragamo. “It’s not like that anymore.” 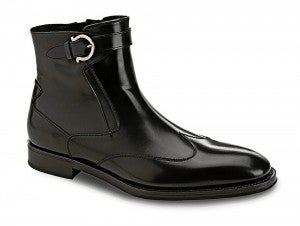 While not (yet) a star designer in the mold of Marc Jacobs, Stefano Pilati or Raf Simons, Giornetti is a veteran in global luxury fashion with a rising reputation.

The Tuscan-born Giornetti, 40, has been chief designer of Ferragamo menswear since 2004. In 2010, he was named creative director of womenswear, where his four collections to date have earned him critics’ nods. This year, he was appointed overall creative director of the entire product line of Salvatore Ferragamo Group. In the first half of 2011, the company’s sales and profits, according to the New York Times, were up by 30 percent.

“Consumers have changed a lot, from fashion victims to fashion-conscious, so a creative director must understand their tastes, necessities and needs, often anticipating them,” the Italian designer tells the Inquirer. 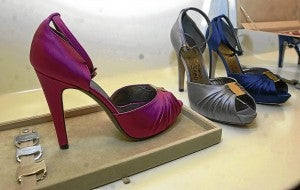 “Consumers experience fashion far more consciously and rationally. This is true for all types of consumers, old and new, young and older, customers with a lot of budget to spend and those with less. They expect an excellent quality-price ratio, pay more attention to detail and always look for higher levels of personalization in the things they buy.”

The job of designers like him is to constantly bring newness and excitement to the brand without alienating its traditional customers. If the critics’ nods and the reported increase in profits are anything to go by, it seems Giornetti has so far been able to strike this balance.

“Till recently, the word ‘classic’ scared people off because it was thought to be synonymous with obsolete,” he says. “In our modern aesthetic, on the other hand, it goes hand in hand with good taste, absolute quality, absolutely complementary to modernity. The collections I design for Ferragamo reflect all this. Tradition and culture are indissolubly linked to the fashion factor, in which beauty, form and function exist in perfect harmony.”

His women’s ready-to-wear collection for Fall 2011, a throwback to ’80s glamorous power dressing, inspired, he says, by “elusive women with very intense personalities” like Lauren Hutton and Marella Agnelli, was a hit with critics. They consist of sharp blazers and suits in pinstripe and houndstooth patterns. His key footwear is the classic pump in new materials like houndstooth-print fabrics.

The playful Jerry Hall-inspired RTW for Spring 2012 is a quick mood change from Fall’s sophisticated black-and-white collection, with bolder colors and prints, though Giornetti 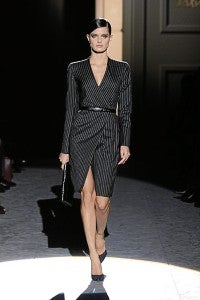 “As far as tradition is concerned, I’m interested in tailoring, which has a very important place in my aesthetic: expertise, knowing how to cut a fabric perfectly, how to construct a shoulder according to the rules of high tailoring.” he says. “Modernity lies in form, volume, proportion, unusual or bold color combinations.”

He adds, “What I really want to create are garments that have a clear classic element… For me, a classic garment is forward-looking, an item in the wardrobe that will never lose its allure and can be used even years down the line when rediscovered in the closet and be combined with other garments and accessories that underline its intrinsic aesthetic value!”

Giornetti describes his transition from designing the menswear line to also include womenswear.

“Honestly, when I think of the men, how they actually live, I realize that the changes in their wardrobe are minimal, and in any case gradual, hardly ever quick… The big change in menswear has been the ‘ennobling’ of sportswear, now no longer used just for its technical advantages in sports but because its functions and innate characteristics are now appreciated in more urban and formal situations as well.” 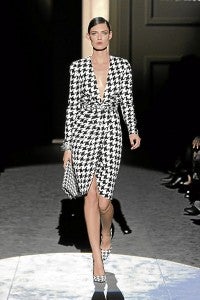 He waxes poetic in describing his work as womenswear designer: “It’s like depicting a portrait, [or] carving a statue… Designing for women clearly offers many more possibilities and paths to explore season after season. Women are bolder and more open to change; it’s novelty, in fact, that excites them, so they’re always ready to try out the latest and most daring solutions.”

But like any maison these days, the lifeblood of Ferragamo is not apparel but accessories, and Giornetti is quick to acknowledge this. Ferragamo’s eponymous founder began as a shoemaker to Hollywood movie stars in the 1920s before he moved back to Italy to set up shop in Florence, where the company evolved into the global fashion powerhouse that it is today.

“Ferragamo today is still a company that is famous all over the world for accessories, each of them expressing perfectly the company’s philosophy: perfect balance between form and substance, shape and wearability, timeless elegance and extreme modernity,” says Giornetti.

The consumer’s hunger and desire for something created personally for her/him reflect the changing demands of the market, and redefines the meaning of luxury.

“Uniqueness has become luxury’s new frontier,” says Giornetti. “After years of everyone dressing identically, thus standardizing tastes and passions, of people paying a fortune for garments that had no real, intrinsic value beyond that of fashion for its own sake, today’s customers are willing to invest in solid items that will accompany them season after season and can be rediscovered, even years down the line, and ‘updated’ in new combinations.”

Giornetti looks to the trends in global retail in explaining how a designer like himself can adapt to the gargantuan task demanded of his job. 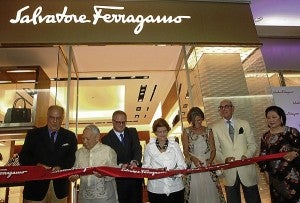 “Fashion is a fast-moving thing. Just think of the fast-fashion chains that launch more than one collection a season: They played a part in democratizing fashion, making it more accessible to the general public.”

The World Wide Web, he points out, has also changed the way the world communicates, such that millions in Asia, for instance, can easily watch a fashion show in Milan, in real time, without leaving their room.

“This is why it’s so important to know and understand your end consumer, to offer a product that’s always appealing but also has, ingrained, the characteristics of the brand that created it,” he says.

“Quality, extensive care for detail, unusual use of color and alignment with fashion tendencies without sacrificing tradition are the elements vital to Ferragamo’s success in the world.”