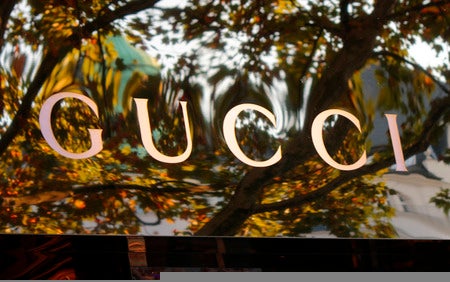 Fashion house Gucci announced that starting next year, the brand will start going fur-free in their designs, beginning with their Spring/Summer 2018 collection. This includes banning the use of fur from mink, fox, raccoon, rabbit, among other kinds.

Gucci President and CEO Marco Bizzarri made the huge announcement during his speech at the 2017 Kering Talk held at the London College of Fashion, where he served as guest of honor, according to the Hollywood Reporter.

“Being socially responsible is one of Gucci’s core values, and we will continue to strive and do better for the environment and animals,” Bizzarri said. The company is partnering with the Humane Society of the United States and Lega Anti Vivezione (LAV), both animal rights organizations, to help with the move and “changing the luxury fashion industry for the better.”

Unconventional yet entirely modern, the #GucciPrincetown has become a mainstay of Gucci collections. For #GucciFW17, the slipper is refreshed in new colors. “In the past, nightwear was beautiful and precious—I borrowed ideas from my own nightwear. I asked my cobbler many times to add soles to my slip-ons. It was then that I realized that it was a good idea to create the Gucci Princetown,” #AlessandroMichele.

LAV manager for free fashion Simon Pavesi said that the brands decision “will radically change the future of fashion.”

“As fashion becomes more and more ethical, supply chains that revolve around animals will be a thing of the past,” said Pavesi.

People for the Ethical Treatment of Animals (PETA) also welcomed Gucci’s decision after 20 years of protesting against the brand. “The writing was on the wall: Today’s shoppers don’t want to wear the skins of animals who were caged, then electrocuted or bludgeoned to death,” it said in one of its previous statements.

The brand follows the example of other famous designer labels such as Hugo Boss, Stella McCartney, Giorgio Armani, Vivian Westwood and Calvin Klein which have gone fur-free. Katrina Hallare/JB