They turned modeling into a profession | Inquirer Lifestyle ❮ ❯ 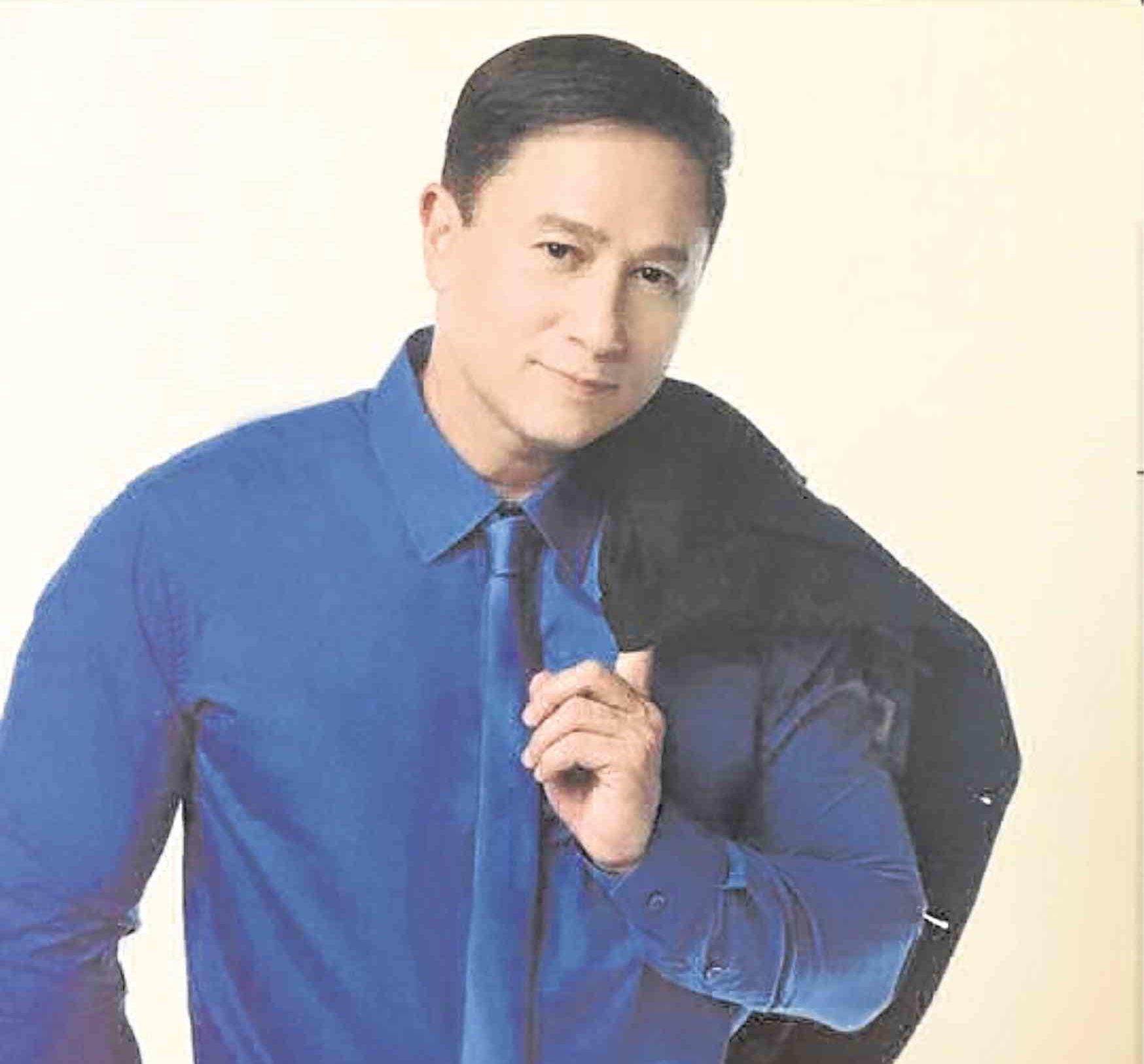 They turned modeling into a profession

Thirty years ago, a group of top fashion models in Manila decided it was time that modeling be regarded as a profession. After all, they saw it not as pastime but as livelihood.

They were used to working independently, but figured that if they functioned as a unified group, their concerns would be best addressed and working conditions with clients would result in a more harmonious relationship.

Established on Feb. 11, 1987, Professional Models Association of the Philippines (PMAP) aims to “uplift, protect and professionalie the modeling industry in the Philippines, and to develop and stabilize, national and international awareness, participation, involvement and competition in the field of modeling.”

Model Ping Fideris was the first to sign the agreement to start the group along with Tina Maristela (now Ocampo) and Robert David. The others followed as founders and the flow of ideas started.

Lawyers German Gonzalez and Danilo Roleda handled the legalities, and PMAP was born, with an office in Binondo.

PMAP is the only models’ association in the Philippines.

Through the decades, all succeeding members, including this writer, were proud to be called PMAP members. We wore our membership like a badge over our hearts.

And it is heartwarming to know that after 30 years, the founders continue to live fruitful, happy and peaceful lives.

Ronnie started modeling in 1978, while still a student at UP Diliman. He did TV commercials (TVC), print and runway shows in the Philippines, Hong Kong, London, Paris, and was the founding president of PMAP.

He did so while working for his family business after graduating from UP in 1982 until 1987, when he decided to retire from professional modeling and work full time in his business and later, corporate work with a multinational.

Robert began modeling in 1983 in a fashion show called “The Burst of Summer” featuring the Tayuman designers led by Steve de Leon. He was a medical representative who was spotted by designer Lito Perez.
This throwback photo was taken in 1988 in collaboration with Gerry Katigbak when he wanted to expand his repertoire as a fashion photographer to promote the GK lifestyle.
Robert moved to San Fransisco, US, in the early ’90s, and for the past 15 years, has worked as hairstylist.

Tina has been very busy since 1989 when she left CalCarries modeling agency in Singapore to marry businessman Ricco Ocampo. They opened The Black Shop stores in 1990, and i2i New York, a revolutionary retail concept of selling trendy eyewear in a kiosk setting. Tina launched Celestina Maynila bags in Barneys New York in 2006.

Desiree is the first beauty queen of PMAP. Discovered by designer Renee Salud, she started modeling in 1982 and in 1984 won the title Binibining Pilipinas Universe. At the Miss Universe pageant held in Florida, she won third runner-up. She became one of the most sought-after models, and continued to be so until the late ’90s. She is married to co-founder JB Abesamis. They lived and worked in Los Angeles for some time but moved back to the country to raise their children in early 2000.

JB was discovered by designer Larrie Silva in 1980 and modeled for Larrie’s exclusive Rustan’s Silvano men’s line. Since JB he was studying, he did shows only when schedules permitted. He finished with a course on
Occupational Medicine specializing in Maritime Health. JB is now the medical director of American Outpatient Clinic and Clinico Med Manila.

Jan was successful as a model but his dream was to be a fashion designer. He went to the US to take up Advanced Fashion Design at the Fashion Institute of Design and Marketing in Los Angeles and graduated at the top of his class. He was the first Filipino designer to join New York Fashion Week, and designed clothes for Saks Fifth Avenue. He returned to Manila five years ago and opened an atelier in Makati.

Annette was discovered by designer Efren Ocampo in the mid-’80s. She modeled for a few years then left for the US. She returned in early 2000 and made a strong comeback as Kirei’s signature model. Annette directed fashion shows in the until 2015. She now assists her son and his partners in managing Googel Restaurant that serves Filipino food.

Director and choreographer Gary Flores introduced Boyet to the fashion industry in 1986. He was one of few male models in the late ’80s who conquered Southeast Asian countries like Hong Kong, Singapore, Malaysia and Indonesia as well as New York. Boyet is now a regional sales director for payment processing company First Data covering North and South Carolina.

Eric was already a model when he joined the first BodyShots modeling contest in 1986. The next year, he started his acting career and has starred in numerous TV shows and movies. He produced his first television movie in 1991 and completed a film course at the New York Film Academy.

Jack is one of the most recognizable faces in commercials and print ads. After graduating from La Salle, he worked as a flight attendant for Philippine Airlines but continued to model for SM. He established Ideal People modeling agency in 1997.

John Borromeo’s first show was for Salon de Manila in 1984. In 1988, he was cast as the main Katipunero in one of San Miguel Beer’s most iconic and awarded TV ads, along with model-
actress Susan Africa. He lives in Seattle, Washington with his wife and four kids.

John Gaddi started as a commercial model in 1976 when he was 17 years old. He was discovered by Archie Corteza, worked for designer Danilo Franco and choreographer Gary Flores. He was in several stage plays and modeled for Aureo Alonzo in the designer’s 1981 Russia, Europe and the Middle East tour, which promoted the Philippines as travel destination.

It was his model-friend, Jumbo Montelibano, and designer Aureo Alonzo, who urged Lawrence to join the modeling world in 1984. It was the San Miguel beer TV ad “Sinta,” which made him an overnight sensation. It also won for him the Model of The Year award by top ad agency McCann Erickson.

Pitoy Moreno discovered Cebuano hunk Lito Gruet in 1981. With a flourishing modeling career, he ventured into acting in 1985 and has guested and starred in many films. Lito has been for many years, a spokesperson for antidrug advocacies.

Lingling was discovered by Pitoy Moreno who asked her to join the Malacañang series of shows in the early ’80s and onwards at the Hyatt’s La Concha under choreographer Boy Saulog. After stints in Singapore, Malaysia, Indonesia and Japan, Lingling went to Paris and Milan where she did shows for Gianni Versace, Christian Dior and Ungaro. She is now a self-taught artist and has been painting abstract and figurative pieces for five years.

Recognized as one of the best fashion models of her time, Maribel was discovered by Robert Castañeda and joined Great Faces Modeling Agency in 1983. She modeled in Singapore, Hong Kong, New York City and Bangkok. She and husband, Hardy, have three sons.

Mike’s participation in the FDAP Gala in 1981 opened many doors for him that led to more runway shows and fashion shoots. His sharp mestizo look was eventually noticed by well-loved manager Douglas Quijano, who cast him in his first movie, “Guapings: The First Adventure” in 1991. Mike now has three children and two grandsons, aged 10 and 5.

Monsour was previously an international taekwondo champion before starting his modeling career in 1985. He became an action star before trying his hand in politics. He is currently a congressman of Makati.

Nelson started modeling in 1984 but had to cut short his modeling career in 1988 to focus on his studies. He is now medical director for La Croesus Pharma Inc. and the international business affairs manager for Lakpue Drug Group.

Ping was one of the first Jazzie models of the early ’80s. The Halo Shampoo TV commercial she appeared in is still remembered by her peers. Ping has since moved back to her hometown Naga to tend to their family land.

Suyene competed in the 1985 Binibining Pilipinas pageant and conquered the ramp with her signature elegant walk. She was one of the first chinita models to be among the favorites of fashion designers.

Tetta’s first show was at 15 for the Jazzie apparel brand in 1980. She modeled for 12 years before getting married to Italian businessman Giorgio Matera. She also became the project consultant for the Asian Fashion Meets Tokyo-Philippines project, an endeavor between the Japanese government and Japan Fashion Week Organization.