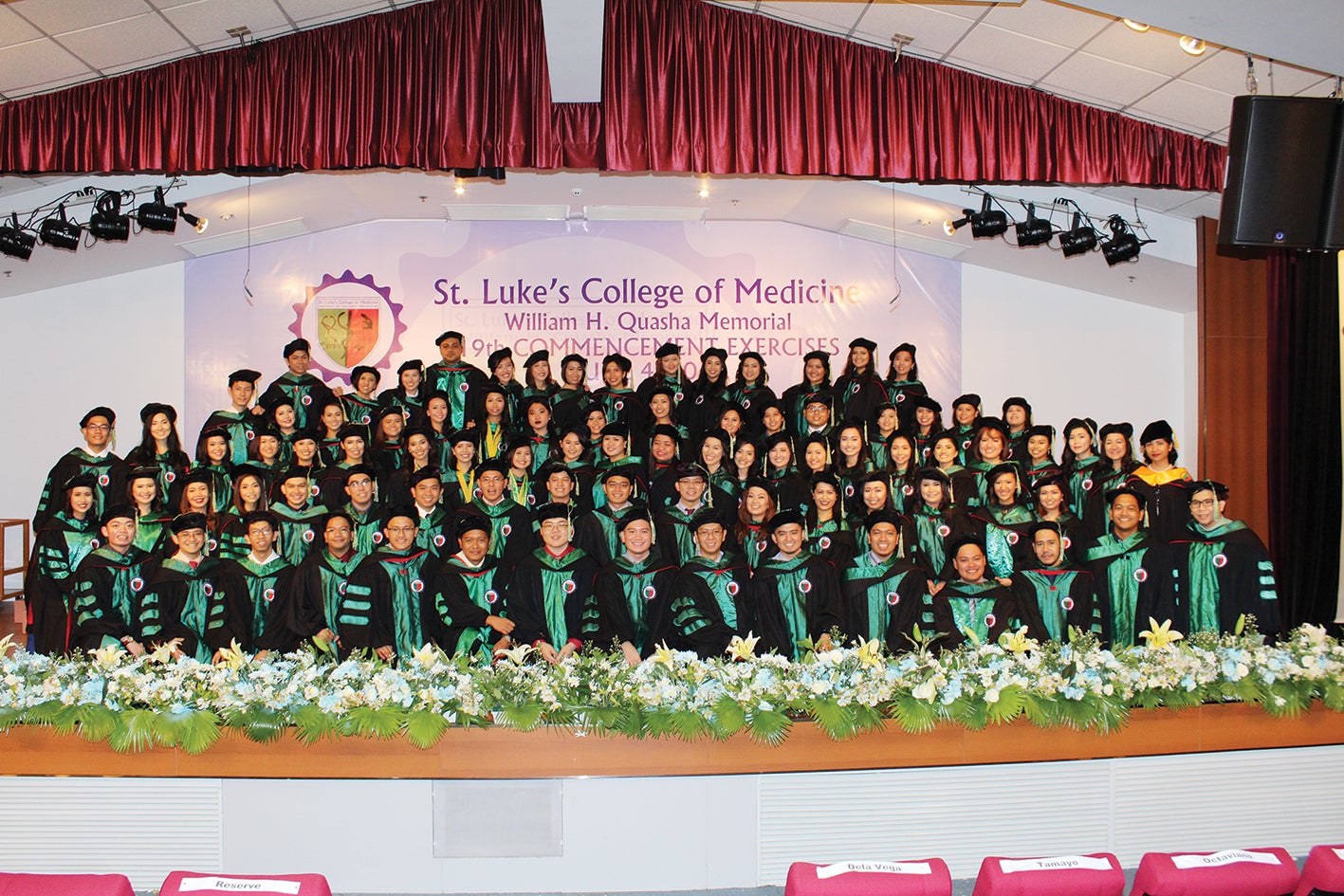 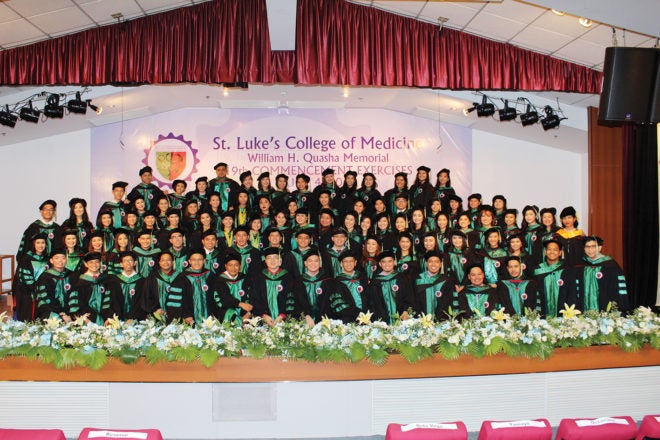 Working inside a hospital is never an easy task, especially in an institution that has established and maintained its credibility for more than a century. St. Luke’s is now on its 114th year of service, and the number of patients it caters to has tremendously increased. As such, it is no wonder that this hospital in Quezon City only employs the best, brightest, and most motivated doctors from its own roster of students in St. Luke’s College of Medicine – William H. Quasha Memorial (SLCM-WHQM).

Top school
For the past two years, SLCM-WHQM has been recognized by the Professional Regulation Commission (PRC) as the top performing school in the Physician Licensure Examinations. This does not come as a surprise- the students of the 23-year-old school have been continuously posting a 100-percent passing rate for a decade for first-time takers. But what exactly is SLCM-WHQM doing differently compared with other medical schools in the Philippines?

Dr. Susan Pelea Nagtalon, current Dean of SLCM-WHQM, says it is all about the curriculum. Although the College’s curriculum still has a discipline-based approach – Anatomy, Biochemistry and Physiology, it adds an effective integrative approach, is research-based and includes the Medical Humanities.

The SLCM-WHQM curriculum is distinct from other medical schools in the Philippines because it includes a Medical Humanities subject entitled “Introduction to the Medical Profession”. The subject gives the interdisciplinary approach in healthcare management where social sciences, humanities, and art become relatable to the practice of medical profession. “This unique subject”, as Dr. Nagtalon puts it, “is taught exclusively at SLCM-WHQM.”

The MS in Molecular Medicine integrates Medicine with Molecular Biology and Biotechnology. Currently, the College has produced 11 graduates who are now very much involved in high technology research.

Scholarship opportunities
Just as the medical center wants to employ the best and brightest doctors, the same goes for the academic institution. In order to pursue Medicine in SLCM-WHQM, entrants need to have an NMAT percentile of 90 and above and a GWA of 85 and above.

“Graduating with Latin Honors greatly increases the chances of entering the College with a full scholarship which includes free tuition and miscellaneous fees, “ Dr. Nagtalon says. Currently, almost 25% of the total student population enjoys this full scholarship. SLCM also has its Foundation Scholars. These scholars not only enjoy free tuition and miscellaneous fees, but also receive book allowance and a monthly stipend.

It is no question that SLCM-WHQM takes good care of its students.

Academic medical center
In 2016, St. Luke’s Medical Center became the first in the country to be accredited by Joint Commission International (JCI) as an Academic Medical Center which means that the hospital is fully integrated with the medical school.

“In an academic medical center, learning is continuous from the undergraduate to the post-graduate,” Dr. Nagtalon explains. Since November 2015, the practicing doctors in the medical center became part of the faculty of SLCM-WHQM. This move proved to be effective. Students were introduced to the culture of Quality and Patient Safety of the medical center, and learned the importance of communication and teamwork in patient care. Making the patient part of the team will ensure cooperation and compliance to treatment.

The Center for Simulation and Telemedicine set-up will be like a hospital complete with an emergency room, operating room, and birthing room. Students and trainees, through the simulated set up, will be exposed to pseudo-patients: both mannequins and patient actors, before actual patient encounters.

“We will hone their clinical skills prior to their clinical deployment to make them confident as they perform their duties on patients in the medical center.” Dr. Nagtalon says.

Compassion, empathy, equitable care
The SLCM-WHQM will certainly not limit the students’ learning to just mere medical terms and getting the job done. “We put emphasis on compassionate, responsible, and equitable care. Social service patients, or those financially challenged, are managed with the same standards and in the same facilities as private patients. This is the environment our students are exposed to in their clinical rotations. During hospital rounds, you will not know who the social service patients are. They receive the same care as the private patients,” Dr. Nagtalon says.
“Compassion, empathy, and equitable care… These values we instill in our students.”