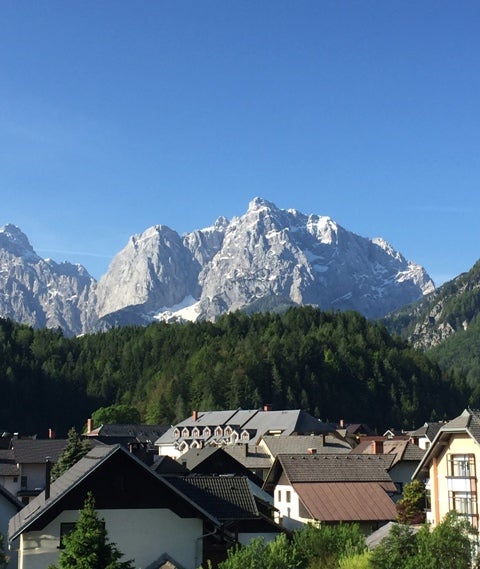 Alpine mountain region is close to Italy and Austria.

According to Bloomberg, more tourists, Americans in particular, are coming to Slovenia—perhaps out of curiosity about the birthplace of US first lady Melania Knavs Trump.

Gifted with the best of the Alps and Mediterranean Sea on its border, and filled with thermal springs, caves and lakes, this country in Central Europe was dubbed last year as the “European Green Capital.”

Hikers hie off to the mountain trails during summer, while vacationists ski at night during winter. The natural beauty and the quaint towns offer resplendent settings for filmmakers.

Entrepreneur and independent film producer Ernest Escaler blitzed through Slovenia last spring upon the invitation of Canadian producer Rick Dugdale. The latter was filming “Intrigo: Death of an Author,” the first of a trilogy adapted from the novels of Håkan Nesser.

Shot in several European countries, this mystery story is about David, who is tasked to translate the novel of Germund Rein. The manuscript contains a letter which says that the novel should not be printed in its original language. David also learns that Rein had committed suicide and disappeared in the Atlantic. As the story unwinds, David finds strange parallels between his life and the novel.

Escaler wanted to observe how Dugdale’s team worked and hoped to entice the producer to see the Philippines for a possible location.

Flying from Paris, he landed in Slovenia’s capital, Ljubljana, which was a two-hour, 85-kilometer drive northwest to the movie’s location in Kranjska Gora. The town is only seven kilometers from the Austrian and Italian borders.

Escaler, the visionary behind Gourmet’s Cafe and Gourmet Farms, learned that Kranjska Gora is packed during winter, especially during the annual Alpine Skiing World Cup. On a balmy spring, hikers wind their way around the countryside and the mountain passes. Eco-tourists enjoy rafting down the rivers or savor the placid beauty of Lake Jasna.

Escaler was billeted at Hotel Skipass with the cast and Dugdale. Kingsley had just finished shooting his scenes and left Slovenia.

As the crew organized their equipment, Escaler explored the town. Huddled in a valley, Kranjska Gora is surrounded by nature reserves. The town itself was quiet in spring. Filipinos accustomed to the chaos of an overpopulated Metro Manila would find this extremely underpopulated town refreshing.

“It feels as if you have the whole town to yourself,” he says. “There are hardly any cars around.”

Although shops and nightlife are scarce, Kranjska Gora is famous for its quaint restaurants that serve local and European cuisine. The buildings expressed the vernacular architecture—wooden square blocks with slightly sloped roofs and heavy beams—which reminded Escaler of the Swiss countryside.

Since Kranjska Gora is flanked by Italy and Austria, the cuisine has the best of both worlds—sauerkrauts, mushroom risotto, pizzas, salmon, potatoes and rich cakes and ice cream.

Breakfast at Hotel Skipass is a multicourse feast of artfully plated cheeses, followed by assorted cereals, cold cuts, bacon and eggs. Escaler would join the crew lunch which was generously catered with a resplendent salad bar and a wide selection of viands.

During his three-day visit, Escaler observed the clockwork precision of the production team and the professionalism of the European actors. A large international crew would set up for hours, shoot the scene and pack up in a few minutes. Between long takes, actors studied their scripts and internalized their roles.

The love scene was shot in a barn with only the director, Daniel Alfredson, director of photography Edd Lukas, and the two actors.

After the daylong shoot, Escaler asked Dugdale to invite Fürmann for dinner. The producer said the actor was in character and took hours before he shook it off.

The short trip left two impressions on Escaler’s mind—the strong work ethic of filmmaking in the West, and the cleanest town he’s ever seen.