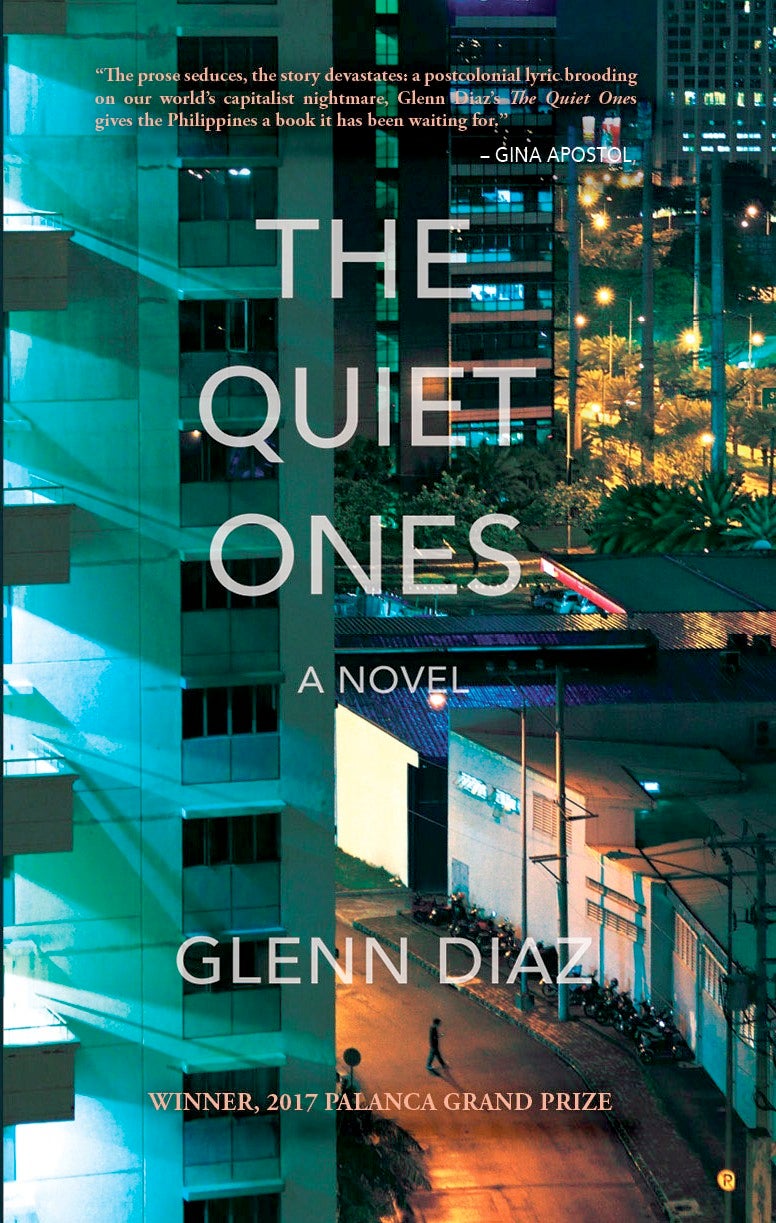 In ‘The Quiet Ones,’ Glenn Diaz pulverizes banality to oblivion 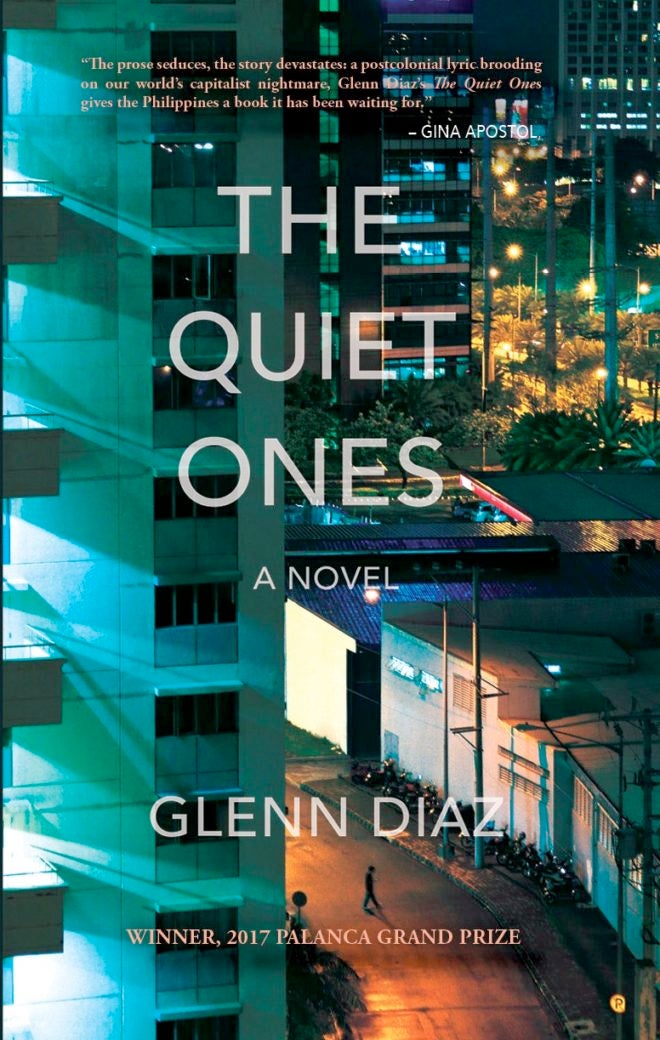 Glenn Diaz’s “The Quiet Ones,” which won the biannual Palanca Award for Novel this year, begins like a thriller: a man in an airport, a suspicious black bag, the police not far behind.

The man is Alvin, whom the authorities are pursuing for a money-laundering scheme he had engineered at the company where he worked as a call center agent.

But swiftly, the pretense of a crime story is discarded. What unfolds is a tale at once intimate and sprawling, in which the minutiae matter just as much as the most prominent plot points. Whoever said writers should be foremost observers must have had Diaz in mind.

Fragmented into several chapters that could each stand on its own—the novel, after all, is largely composed of the author’s earlier short stories—“The Quiet Ones” flits across the first decade of 21st-century Philippines, more interested in the portraiture of those who knew Alvin than in solving his felony.

In 2001, under the specter of the Dos Palmas kidnappings in Palawan, Spanish divorcée Carolina carries on a May-December tryst with Reynaldo, a Philippine Military Academy cadet, on the beaches of Pagudpud, where a college-aged Alvin becomes their neighbor at the transient house.

In 2005, with Jasmine Trias in “American Idol,” Karen, one of Alvin’s colleagues at the call center, becomes entangled in a relationship with their Texan operations manager Brock.

In 2007, Alvin returns to Pagudpud with Scott, his American anthropologist boyfriend who must have been born obnoxious. At one point, they find themselves watching a telecast of a Manny Pacquiao fight on a bus, now momentarily parked by the Ilocos countryside for the benefit of all.

And in 2009, with Hayden Kho’s sex videos storming the Internet, two of Alvin’s colleagues, Eric and Philip, reconnect a year after the great heist, driving to a remote Pampanga town to the wake of a stranger who happens to share Philip’s name—and had fatally flung himself in front of a bus.

At its core, “The Quiet Ones” is a remarkably intelligent paean to life in sweaty, rubbish-strewn Metro Manila, something only one who has really experienced the streets of the capital city we all love to hate—who understands the frustrations of middle-class life in this urban heartland—could have written.

It is also an entertaining, highly accessible look at post-colonial Filipino identity, not so much a raised middle finger to Western imperialism as an attempt—and a successful one at that—to embody a generation still struggling with its “mixed” heritage.

The best aspects of this novel, however, are the ones that turn seemingly insignificant details into literary gold, finely balancing sass, humor and in-your-face realness.

Witness, for example, the way a phone call unfolds between Alvin and an airline ticket agent, how the author populates the latter’s station with “a mangy teddy bear with an ‘I’m sorry’ sign” and “dog-eared post-its”; how the call-center floor rings with, among other things, “a supervisor’s Mariah Carey playlist”; how a mid-afternoon deluge is summarized in a passage: “What was apocalypse to some was just Tuesday to Manileños.”

And when the characters get aboard the capital’s embarrassingly meager train system, the novel simply soars with Diaz’s astute skill for observation, the megalopolis—its perennial floods, GI roofs and glamorous skyscrapers—unfolding with a newness both attractive and revolting.

This is Diaz pulverizing banality to oblivion—and who knew what a thrill that could be? –CONTRIBUTED

“The Quiet Ones” will be published by Ateneo De Manila University Press within the year.