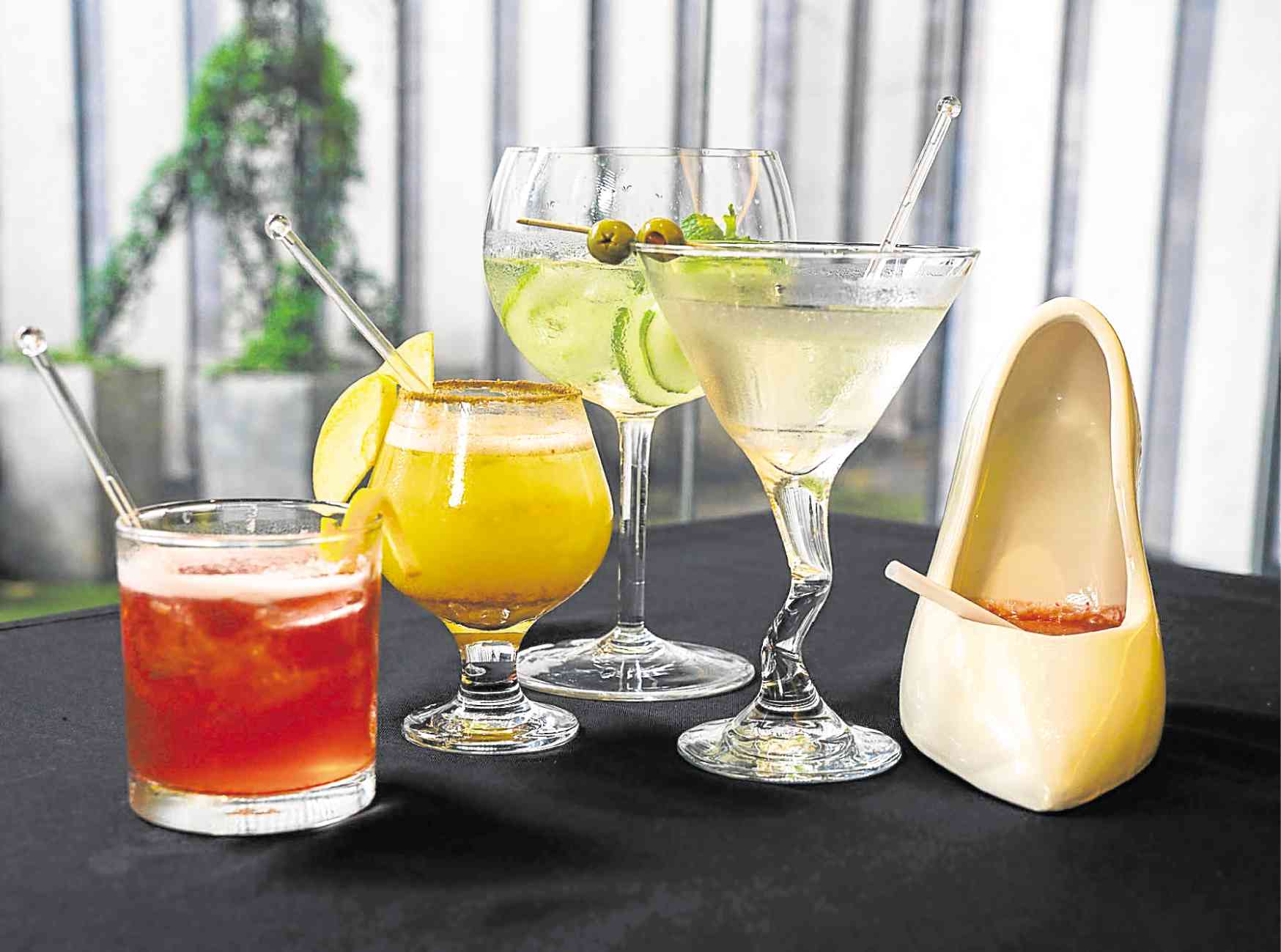 “Tapas are considered strictly Spanish, associated only with Spanish food,” she said. “We wanted to tweak that idea because Filipino finger food also go nicely with wine, Cava and other drinks. Basically, we’ve taken the tried-and-tested combination of beer and pulutan, and we’ve made it a little friendlier to an international clientele.”

Also in the mix are Camaron Rebosado, deep-fried buttered shrimp with chili mayo dip; Tinapa Roll and Pinoy Nachos, which, instead of corn chips, use kamote and taro chips that are then drizzled with melted kesong puti and keso de bola, and sprinkled with chopped tomato.

Squillantini added that “the Romulo Café signature cocktails are inspired by the colorful and historic life of Carlos P. Romulo.”

Included on the drinks list are Old General, denoting Romulo as the quintessential diplomat and soldier; A Foreign Affair, hinting at an insider’s joke from the early ’70s, when his friends and colleagues teased Romulo about dating an American journalist while he was minister of Foreign Affairs. (Beth Day married him in 1979.)

As an ode to his days as a journalist, the Spritzer Pulitzer drink celebrates Romulo’s 1942 Pulitzer Prize in Journalism; while The Dirty White Dove makes a reference to two facts: that Romulo loved white doves and kept them as pets, and that he patronized the Sign of the Dove restaurant in New York City.

Wine Warehouse Corp. contributed spirits and vino to Romulo Café’s signature drinks, serving the Candidato Tempranillo and Viura from Spain, and Undurraga U Cabernet Sauvignon and Chardonnay from Chile.

The Mancino Vermouth Cocktails and Rinomato Aperitivo from Italy were likewise featured, along with Martin Miller’s Gin from the United Kingdom/Iceland.