From Whang-Od to ‘bibingka,’ what qualifies as ‘cultural commodification?’ | Inquirer Lifestyle ❮ ❯ 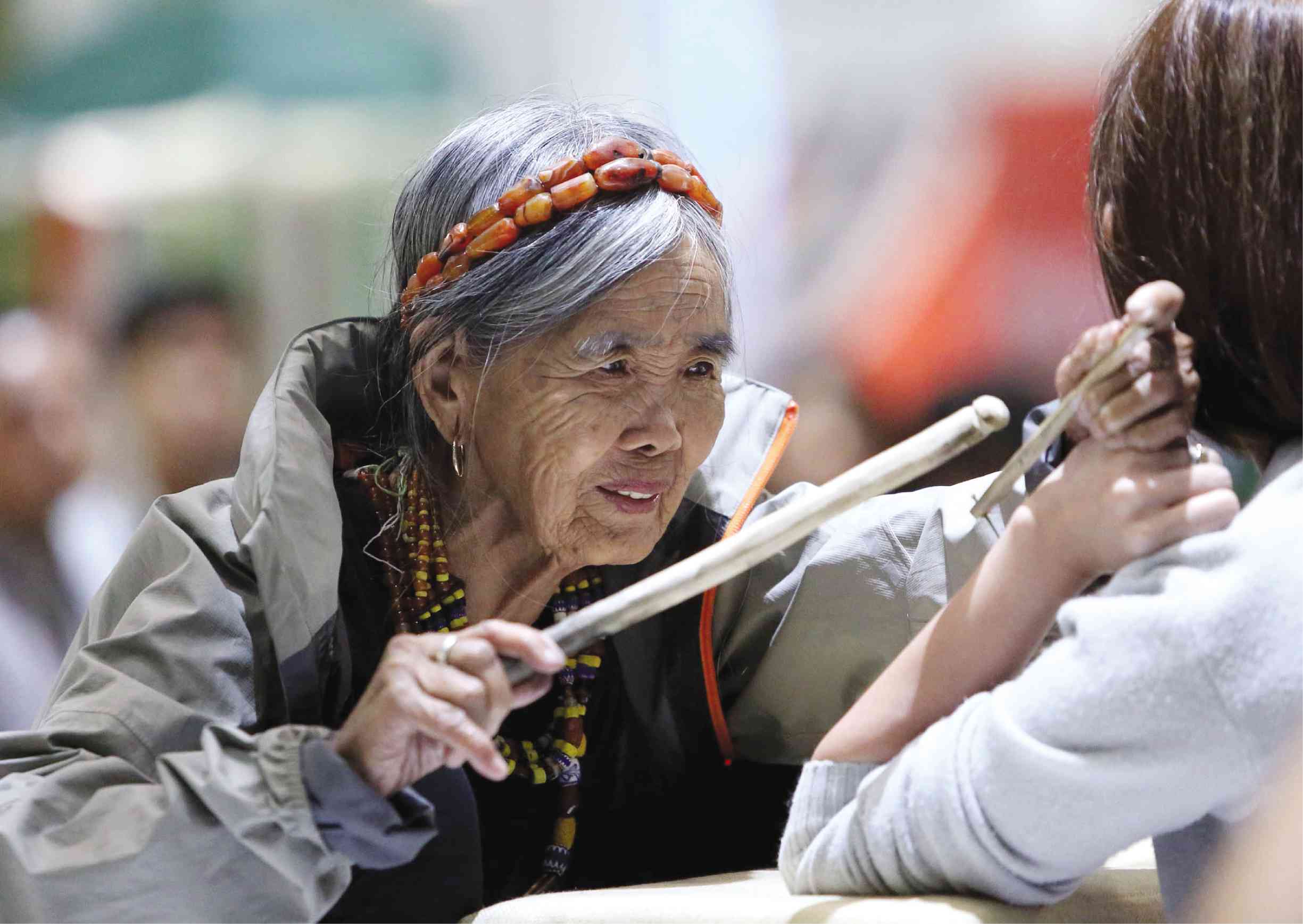 From Whang-Od to ‘bibingka,’ what qualifies as ‘cultural commodification?’

There’s been a spot of bother about the renowned Kalinga tattoo artist, Whang-Od, being taken out of her natural habitat, as it were, and installed in a booth at Manila FAME by Citem. Some compared it to the infamous fair at St. Louis in 1904, in which Filipino indigenous people were exhibited (and eventually died of the cold).

Netizens complained of “commodification of culture.” Others felt it cheapened the experience of getting a tattoo from the living legend, because any hipster could pop over to the World Trade Center, rather than having to make the trek to Buscalan.

Other side of debate

By the time you read this, the controversy will already be old news. I myself don’t know enough about her, about the circumstances of her being in Manila, about the tattoo culture she represents, and about the local politics of the area. It feels wrong to me, but in the food world, I’ve often been on the other side of the debate.

In a remote village in Quezon there lives a completely hypothetical old lady who has been making bibingka the way her mother taught her, who learned it from her mother-in-law.

The recipe belongs to the family, but not only is this the most delicious bibingka you will ever have in your life; it is the original bibingka, made in a manner that perhaps even predates Spanish colonial influences.

The culinary anthropologist is thus faced with a dilemma: Should one be content with just reporting on its existence and how it tastes, and—following the Prime Directive—letting the microhistory of this dish take its course, even if it dies with this woman?

Or should one try to reverse-engineer the dish, so that at least a rough approximation of the recipe can be noted down for posterity?

But here’s the catch. The family has fallen on hard times, and the matriarch is willing to sell the recipe for the princely sum of P5,000—a lot of money to them, enough for her to buy medicine for her grandchildren. The daughter shushes her mother, whispering that if there is that much interest in their bibingka, perhaps she could learn the recipe and travel to Manila to try and sell it there—although they have no capital to set up shop.

Ironically, in this situation, the best hope for the survival of the recipe is for the (completely unethical) anthropologist to rustle up P5,000 to pay off the family, and then sell the recipe to a businessman with the capital to cook at an industrial scale and the marketing skills to popularize it. Then this authentic bibingka galapong could stand a chance at displacing the engorged pancakes that are passed off as bibingka in this town.

But this is, in its most literal sense, cultural commodification. Do you remember a time when Cebu-style lechon was a secret, and the Philippine Airlines afternoon flight would have a few stowaway pigs in the hold, which anxious drivers would then whisk away to waiting diners?

These days most lechon is Cebu lechon, which Manileños can’t eat without their precious Mang Tomas liver sauce—making for a redundantly, and sometimes conflictingly, seasoned pig.

Like most food lovers, I cultivate these non-mainstream sources with great pride, the way music lovers cherish their indie bands—and who are similarly disgruntled when they go mainstream.

A friend brings me patis alamang from artisanal producers in Cavite, which is far superior to the industrial patis available in the supermarket. But I would feel a little less special if everyone had access to it—though this is the best way to help the artisanal producers, as well as displace the annoyingly tasteless amber saltwater solution being sold as fermented fish sauce these days.

Perhaps it’s for this reason that the food world is full of hoarders of secret sources. If you ask them where they got it, they’ll say something vague like “on my travels” or “I’ll get for you because it’s a friend of mine”—and after you remind them for the third time, you realize that you’re never going to get anywhere near the source.

This is bad for producers, bad for chefs, but most importantly, bad for our culinary heritage.

Because of family commitments, I would never have gotten to try Enting Lobaton’s cooking at his restaurant in Bacolod. But because he did a stint at Sarsa, I managed to sample his dishes before he left to retire in the United States.

I applaud culinary historians like Micky Fenix and culinary adventurers Claude and Mary-Ann Tayag, who have traveled the country not to hoard its secrets, but to bring them out into the light.

Dr. Fernando Zialcita of Ateneo is working with chefs to document local foodways. Amy Besa and Romy Dorotan have undertaken a similar project.

Cities, by their very nature, are parasitic on the countryside—not just for the produce, but for their culture. And Manila is still the imperial capital, where recipes and culinary language from all over the Philippines come to be melded, appropriated and divorced from their sources.

In an ideal world, we should have a flourishing of both culinary culture in the city while it continues to flourish in its site of origin. For certain products there is a healthy relationship: Molo soup will always taste better in Molo; tourists will always look for that one café to have Ilocos empanada in Ilocos, even if it’s now available in Metro Manila.

I wish I could generalize about generosity, openness and attribution. But there are more dishes that get mixed into the great melting pot of the food world without recognition of provenance than not, just as there are too many recipes which die out there, neglected, a footnote in an an anthropologist’s notebook that will never be tasted again.

As with Whang-Od at Manila FAME, it’s complicated, and there are no easy answers. —CONTRIBUTED