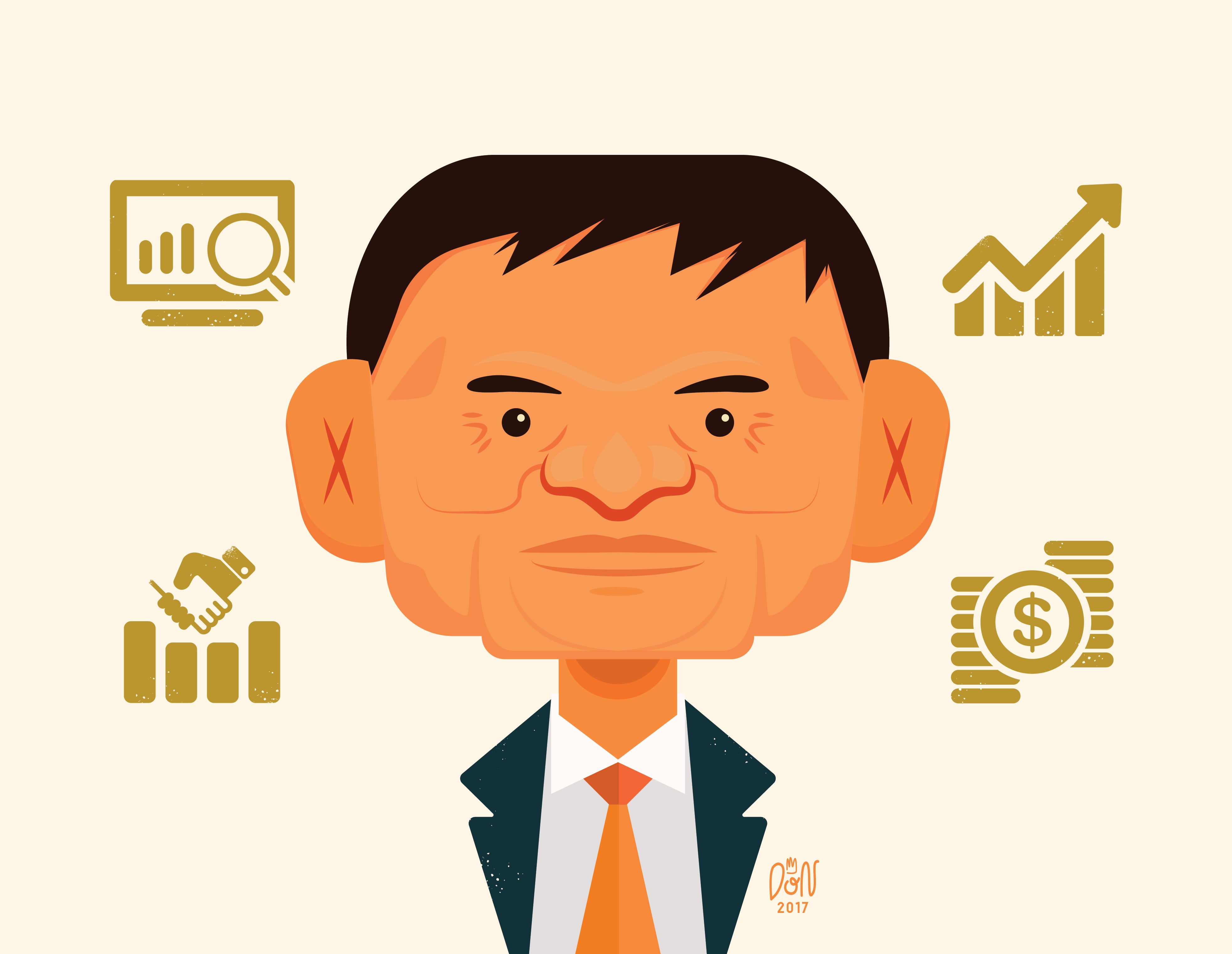 The Teresa Yuchengco Auditorium of De La Salle University (DLSU) was packed in the morning of Oct. 25 for a forum, “A Conversation with Students,” with special guest Jack Ma.

The Chinese billionaire— who founded the Alibaba Group, a conglomerate of internet-based businesses—received an honorary doctorate degree in technopreneurship from DLSU.

In his speech that touched on technology, dreams and perseverance, Ma drew laughter when he recounted checking the internet speed in Manila upon arrival: “It’s no good.”

The event was organized by the DLSU student government led by its president Mikee de Vega. After delivering his speech, Ma and Go Negosyo president Joey Concepcion fielded questions from the students.

Among the highlights of his speech:

On the upside of having zero budget: “You will never make big mistakes where you don’t have money.”

On technology: “I believe it is not the technology that changes the world, but the dream behind that technology.”

On getting help: “Don’t be discouraged when people don’t help you. You should earn the right to be helped.”

On Filipinos: “Philippines has the best heart of service in the world. It takes generations to build and Filipinos have great capabilities no one in the world has.”

On uniqueness: “There are seven billion people in the world but there is only one you.”

On dreams: “If you really believe in it, it’s a great dream. Believe in something you are passionate about. If you have a crazy dream, it is very important that you… find people who believe.”

On perseverance: “Be simple. Stay foolish. No matter what, just continue. Do not complain about others. Complain only about yourself.”

On the youth: “Young people are never scared of the future. If they’re scared, they never have the future for themselves.” —CONTRIBUTED