Federico de Vera: Objects of beauty, drama–‘It’s got to be me’ | Lifestyle.INQ ❮ ❯ 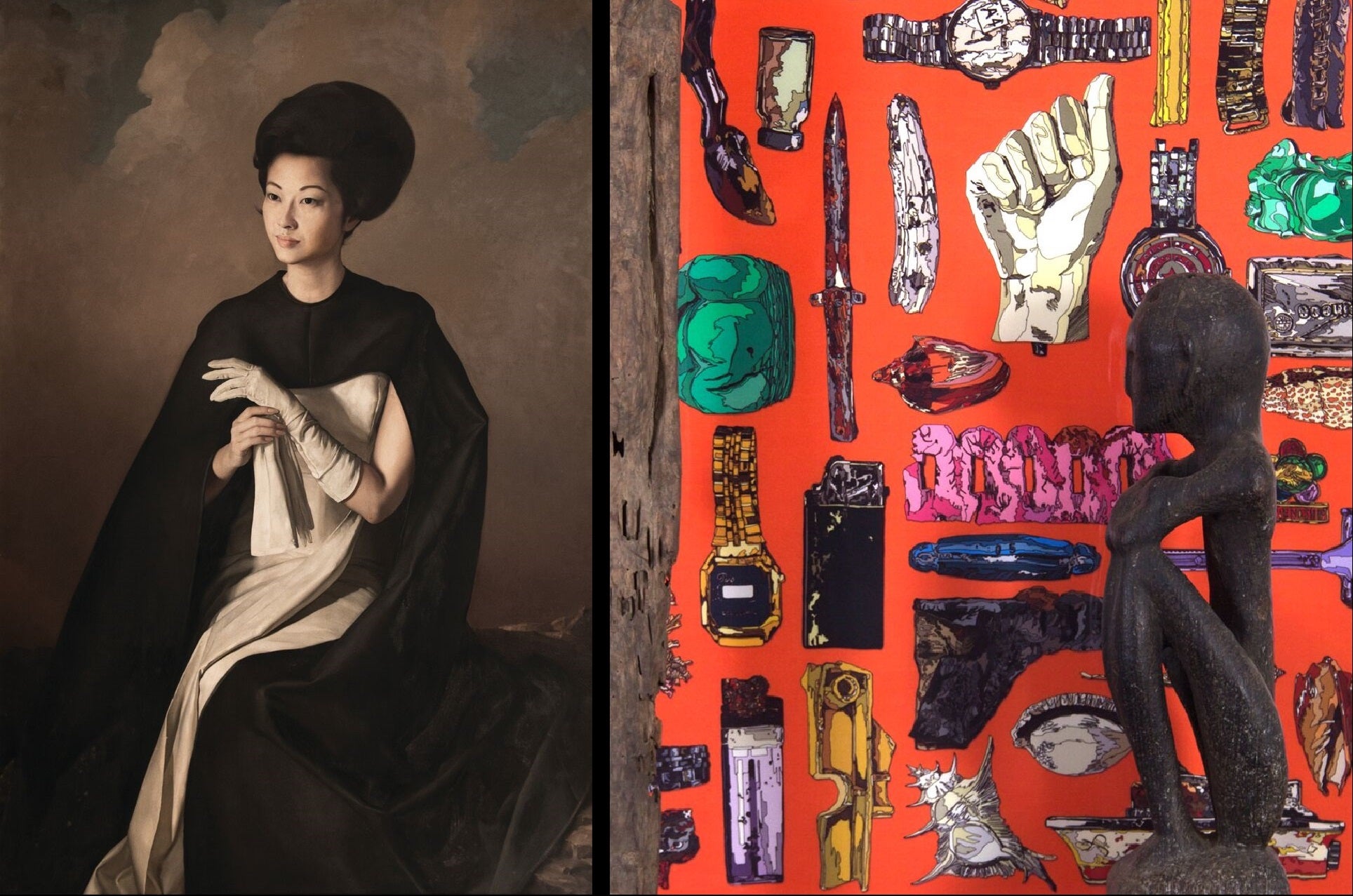 Federico de Vera: Objects of beauty, drama–‘It’s got to be me’

Federico de Vera, the Filipino-born style arbiter who’s developed an A-list clientele in the United States—from Steve Jobs to Hillary Clinton, Anne Hathaway, to Donatella Versace—redefines the role of a curator, giving Metro Manila’s gallery-goers the chance to see it next week at the Ayala Museum.

For the New York-based gallery owner and jewelry maker, curating is not just selecting beautiful objects based on one’s taste, although that’s his main criteria. “It’s (got to be) me” is his mantra.

Beyond beauty, his exhibits are about atmosphere and mystery. He creates art for drama by following his instinct for composition and eye for beauty.

After architecture studies at the University of Santo Tomas, De Vera left for San Francisco to pursue his passion for art by taking short courses in art history, film and humanities.

He was inspired to open his own gallery and shop, after working for Gallery Japonesque, which was noted for ancient and contemporary pieces in a Zen-like setting.

The American media took note of the haunting beauty of his jewelry and eponymous store that catered to a discriminating clientele. It was while De Vera had this shop in downtown San Francisco that he eventually met businessman Fernando Zobel de Ayala. He has maintained the friendship with the Zobel family through the decades.

A few years ago, Zobel invited him to hold an exhibit at Ayala Museum.

For the show, “Curated by Federico de Vera,” which will open Nov. 6 at Ayala Museum, he has selected some 300 pieces of art, from tribal pieces to contemporary paintings and photographs.

De Vera told Lifestyle that sourcing these was like acquiring inventory for his eponymous gallery store in New York.

“It’s as if I was just collecting for myself, but the thing is, I’m not paying for it, so I’m just like shopping without actually paying for it,” said De Vera.

De Vera isn’t the conventional curator who digs deep into a subject’s history and aesthetic value.

In this exhibit, his role is to be a catalyst and to create an experience. To him, curatorship is giving the public access to rare and beautiful objects, and letting the people appreciate the experience.

De Vera noted that 95 percent of the cultural objects are Filipino in origin. “It’s what I find beautiful in the Philippines,” he said.

There are also some pieces of foreign influence that complement the local objects. De Vera chose a 19th-century Burmese red lacquered bamboo basket for its perfect form.

Collector Jaime Laya lent a ghostlike portrait by Japanese-American modernist Yasuo Kuniyoshi, whose works, according to the American Smithsonian Institute, rivaled those of Georgia O’Keefe and Stuart Davis.

A Baroque painting of the Veneration of the Child Jesus was borrowed from real estate businessman Mariano Lao. Having scoured private collections and galleries around the country, De Vera said this dramatic portrait—the subject is seen against a dark, shadowy background—was rare in the Philippines.

The exhibit is divided into three sections—portraits, religious art, and old and new objects of interest. It aims to echo the nuances of human experience and to widen the understanding of beauty. Religion is an important theme—how Catholicism has shaped attitude.

Among the portraits, De Vera was struck by the ethereal quality and graceful curves of the late Regina Dee, in a portrait by Claudio Bravo. There’s also the Ang Kiukok portrait of a young Monique Siguion-Reyna—which should be a surprise to art aficionados who haven’t seen a portrait done by the National Artist, since portraiture was not a genre associated with Kiukok.

About Jake Versoza’s famous photo of Cordillera tattoo artist Whang-Od, De Vera remarked, “This could have been in Vogue.”

There are ivory heads of saints and hand-carved religious icons. De Vera’s shop and coffee-table books are known for these subjects. They are exhibited alongside rice granary gods, popularly known as bulul.

De Vera was fascinated as well by vintage photographs of a man on a carabao and vendors at the turn of the 20th century. They originally appeared on the book “Neely’s Photographs,” a collection of photos of the Spanish-American war.

Ethnic diversity is represented by a Tingguian blanket, the design of which depicts daily life, from the collection of Al Valenciano.

As in any De Vera collection, there will be jewelry, such as antique gold and coral rosaries, and tambourine, or pieces that resemble jewelry such as antique mosquito net hooks from the collection of Richard and Sandra Lopez.

The exhibit will show De Vera’s penchant for unusual forms, such as a long tusk from a narwhal, an Arctic whale. The protrusion was used for sensory perception. There are folded paper flowers from design consultant Junie Rodriguez, a mother-of-pearl relief of a skull by Gregory Halili, and a long, conical hat from a trade fair.

Today’s zeitgeist is represented by the likes of abstractionist Jigger Cruz and photographer Jay Yao: Cruz’s raw imagery and enigma characterized by layers of chaotic lines and blotches of heavy pigments and paint drips; Yao’s portrait of a Yakan girl painted with tanyak-tanyak, a traditional wedding makeup consisting of circles and diamond patterns. The girl’s outfit is a striking contrast—a white shirt and short skirt—and the venue is a Catholic church.

There’s a video of a diver holding a Sto. Niño underwater. “Art is a feeling,” said De Vera. “Watching this video makes you ponder if it’s art. It grows on you as you contemplate and respond to it.”

The choice of objects may seem disparate at first, but De Vera finds a way to unify them with a common line, theme or color.

Ultimately, the exhibit aims to make the viewer appreciate the richness of Philippine culture and help people make conclusions about what is Filipino.