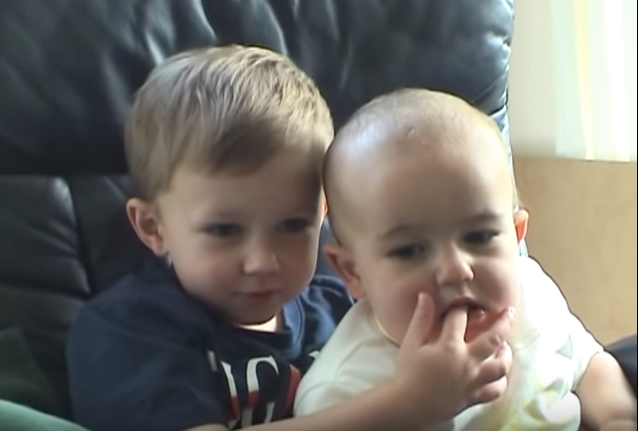 Who knew that even Osama bin Laden would be a fan of a video of two boys sharing a funny moment?

The United States Central Intelligence Agency (CIA) released on Nov. 1 some 470,000 files recovered from bin Laden’s computer, retrieved when they raided him in 2011. Based on the list of the files found, it seems that not all were hardcore in nature.

It turns out that Bin Laden had a soft side, and kept cartoons and Youtube footages, one of them being that of the “Charlie bit my finger” video which went viral a decade ago.

In the video, a boy named Harry is crying after his baby brother Charlie playfully bit Harry’s finger. The brothers are now all grown up, aged 13 and 11.

The one who caught the moment was their father, Howard Davies-Carr. He told Huffington Post that he “couldn’t react” when he learned that one of the viewers of his video is the mastermind behind the deadly 9/11 attacks.

“You never can tell who has a lighter side. It’s hard to imagine he’s planning terrible things one minute and then laughing with his family over this the next,” Davies-Carr said in the report. His wife was even worried that their boys might have been one of Bin Laden’s next targets.

The CIA also noted that cartoons such as Disney’s “Cars”, “Chicken Little” and Dreamworks’ “Antz” were part of Bin Laden’s movie file collection.

“CIA will continue to seek opportunities to share information with the American people consistent with our obligation to protect national security,” CIA director Mike Pompeo said in a statement.

Bin Laden was killed in an operation administered by special operation forces of the U.S. Navy on May 2, 2011. Katrina Hallare/JB