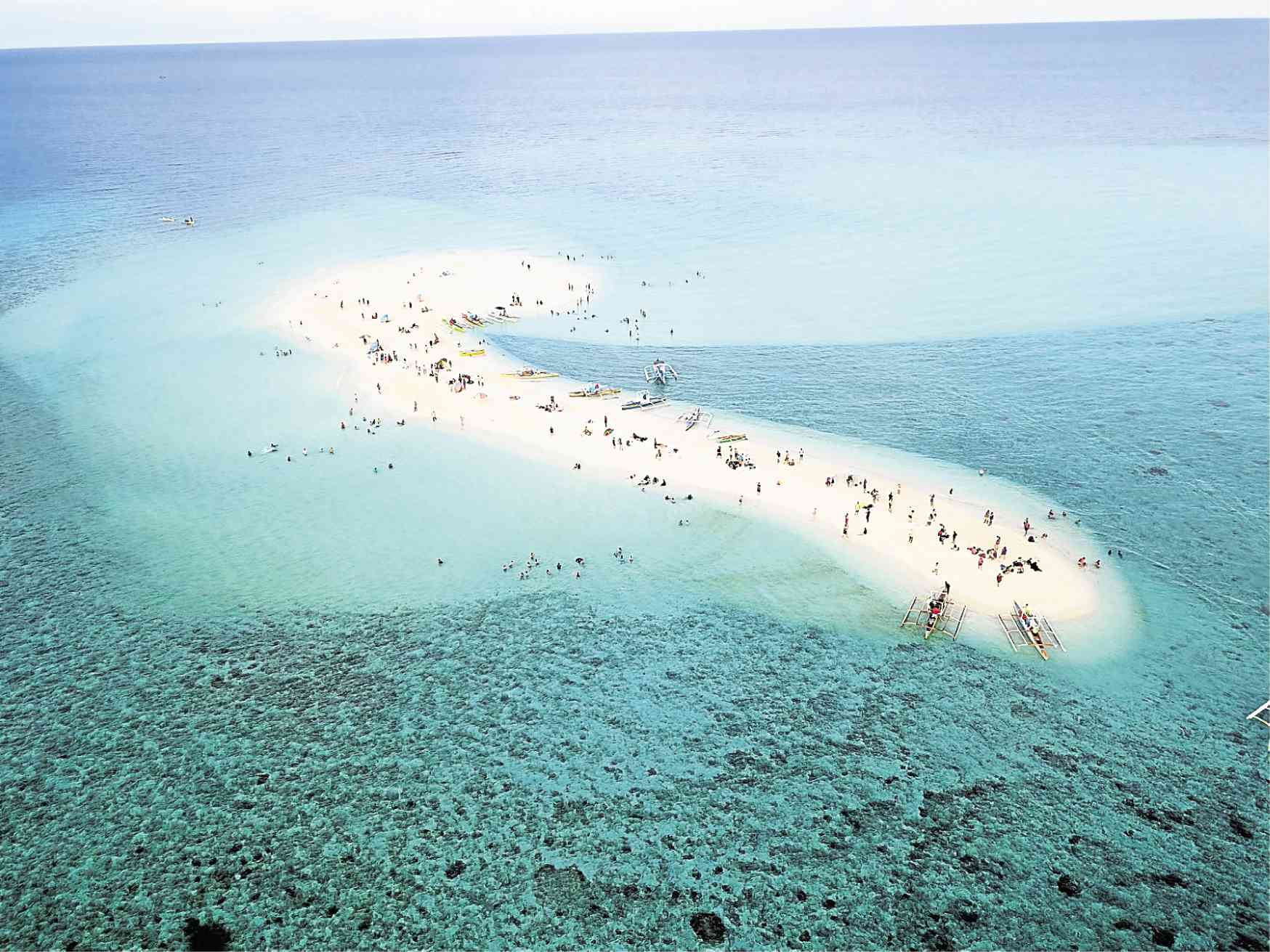 Camiguin gone viral: The incredible story behind the video

A tourism video made the news when it went viral last week, surprising even its makers.

In it, a young woman arrives on the island of Camiguin in Northeastern Mindanao and starts a litany of complaints. She is welcomed by a tourist guide, who turns out to be mute. He takes her around the place. She is, quite literally, dumbfounded by what she has seen and experienced.

After he and former classmate Camiguin Rep. Xavier Jesús “XJ” Romualdo talked about the negative effects of martial law in Mindanao on tourism, they discussed a way of helping the Department of Tourism (DOT) promote the island.

They conducted a workshop, conceptualized the branding, and came up with the idea of making a promotional video, to be released online a few days before the opening of the Lanzones Festival on the third weekend of October.

The second smallest in the country (after Batanes), Camiguin became a full-fledged province in 1968. It celebrates its 50th anniversary in January next year.

It is best experienced than described, no word can suffice, thus the tourism slogan “Feel Camiguin.”

De la Vega says it was suggested by a resort owner, a foreigner who always feels he’s home every time he’s in Camiguin.

“Coming from an outsider, that’s quite moving,” he says.

It was quick. With a budget of less than P400,000, the crew spent two days of preproduction and ocular inspection and another two days of shooting.

The short film is scripted by Benson Lagronio and directed by ER Alviz. Both director and writer had never been to Camiguin; they did their research on the internet. De la Vega did the English subtitle.

The tall 26-year-old was picked out from a group of government employees playing basketball one afternoon. There was no rehearsal for the filming; it was direct to shooting.

The theater-trained Katanyag helped him fine-tune his acting before the camera. The only previous public performance he had was twice, as drummer for the cultural extavaganza “Pasundayag” held in Manila.

Semine is a true-blue Camigueño. The only time he’d been out of the island for some duration was the few days of job training in Cebu, and when he stayed in CDO for three years on his first job.

When the video went viral, his instant popularity bowled him over.

They produced a five-minute video which was edited to 4 minutes and 22 seconds, then released online. There’s also a one-minute version, which could be released for TV if budget allows.

“Now that that video has become viral, the island has to be ready to receive visitors,” says Arturo Boncato Jr., former DOT assistant secretary and now Department of Trade and Industry Asec. “What will they [locals] do if they [tourists] come?”

Boncato had been DOT regional director for Davao, with special assignment on how to focus on regional tourism.

“In Region 10, as primary destination, matagal na ’yung Camiguin,” he says. “But the focus then was on local tourism. Now we have Italians, Spanish, British, Germans, even Swedes. These people [European tourists] hinahanap idyllic place, may culture. Asians, given na ’yan. The Americans, not much, they’re concerned with the advisory.

“The main problem is, Camiguin can be accessed only by terrain. Travel connectivity is our limitation. Dapat may direct flight from Manila. This should be the focus of government infrastructure. The roads are our advantage, as you can see. Martial law is a setback for tourism, but it’s not going to be there forever.”

Accommodations are no problem. The island has some 20 restaurants; 35 apartelles and resorts; 45 cottages, homestays, inns and pension houses.

“Lanzones is for farm tourism. We had a robust harvest last year. The provincial agriculture office estimated 125,000 20-kilo boxes going out of the island—a record at the seaport and airport—with 25,000 boxes consumed here. Karamihan dito backyard farming.”

One farm managed by the provincial government has seven hectares planted to some 700 trees.

“Our selling proposition is that we have the sweetest lanzones in the world, because our soil is volcanic, which is potassium-rich,” Boncato says. “It is the soil, regardless of the variety of lanzones.”

(People of Paete, Laguna, would refute that.)

“Another strength is volcano tourism,” Boncato continues. “We have 14 volcanoes, at may kwento d’yan.” (He means the creation story of the island being born of fire.)

Camiguin has the most number of volcanoes per square kilometer on the planet. Its four stratovolcanoes have been recognized as natural monuments.

Ferdinand Magellan and Miguel Lopez de Legazpi landed on this island. Founded in 1565, it was a subprovince of Misamis Oriental. The Spaniards administered Mindanao from this vantage point as it served as safe haven from Moro pirates, thus the presence of the colonial structures.

An exemplar is the Mateo Chan Ancestral House in the capital Mambajao, notable for its wide louver windows, collection of china, Vienna sofa, long kitchen sink rowed with faucets continuously spouting soda water. This was visited by Queen Sofia of Spain in 2002.

The eruption of one of the volcanoes in 1871 resulted in what are now major tourist attractions in Catarman town: the Old Church Ruins, impressive for its length; and the Sunken Cemetery, eerie for its cross memorial, especially at dusk.

Mt. Hibok-Hibok Protected Landscape has been declared an Asean Heritage Park and is now aiming for inclusion on the Unesco World Heritage List.

They may even meet along the way some wildlife, five of them endemic to the island: hawk owl, hanging parrot, narrow-mouthed frog, forest rat and forest mouse.

Swimmers and picnickers go to White Island, actually a barren semipermanent sandbar; and Mantigue Island, with its crystal-clear water and interior forest.

There are some 20 top diving sites in all five municipalities, ranging from shoal to coral reef to giant clam sanctuary. The area has over 30 marine sanctuaries and is considered one of the best diving spots in the world.

The province is also renowned for its pastel (soft buns with dough the texture of ensaymada and filled with yema, ube or macapuno).

An astonishing find is at Balai sa Baibai, a resort-spa with eclectic tropical design elements. It has a shop that crafts jewelry of sea glass.

The rare ones, colored blue and pink, can be as expensive as South Sea pearls. Semi-rare are white, amber and green. The rarest are red, orange, yellow and black—almost as expensive as diamond.

They are shards of broken glassware polished by the action of water through the years, like puka shells smoothened by the sea. They’ve been washed onto the coasts of Camiguin from nearby islands like Cebu and Bohol and from Pacific countries like Indonesia to as far as Haiti.

Shop owner Rene Bajuyo says some US manufacturers would mechanically tumble glass shards to get the patina and texture, but connoisseurs would know the difference. This is the only place in the country that crafts sea glass into jewelry.

As the visual punchline of that viral video would suggest: Speechless ako. One is struck dumb when faced with something that brings so much joy to the heart.