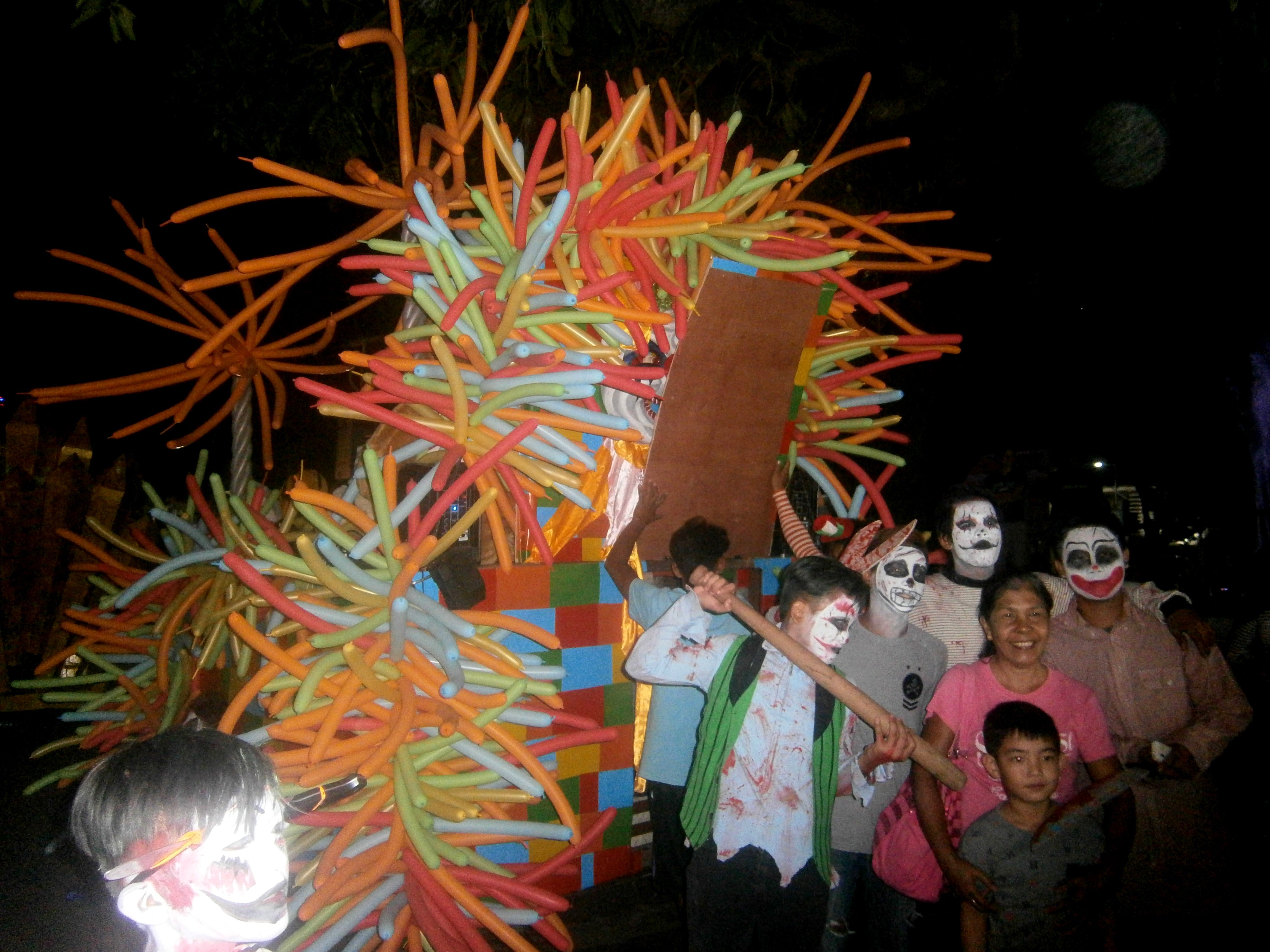 Scenes from the floats’ competition during the Raniag Festival –PHOTOS BY AMADIS MA. GUERRERO

“‘Raniag’ in the Ilocano language means ‘brightens,’ or to stretch it, may mean ‘light,’” a knowledgeable Ilocano friend says.

As far as a City Government of Vigan is concerned, however, the word may be stretched to mean “twilight,” as in Raniag the Vigan Twilight Festival 2017.

This was because twilight may be considered the witching hour, November being the Halloween season. So the recent Raniag festival in the Heritage City had its share of ghostly figures and horror masks.

At the same time, it is the Christmas season in the Philippines. And so the festival, with its float competition and plethora of lights, also had a Santa Claus mascot or two and Christmasy red and green colors.

Other major features of the 10-day festival were a Horror House which drew crowds, including screaming children, until 10 p.m.; street dancing with a “showdown” at Burgos Plaza; and a world costume competition.

The local government unit headed by Mayor Juan Carlo S. Medina, through the National Commission for Culture and the Arts (NCAA), invited print and broadcast media to cover the festivities.

The venue of one of the main features, the parade of floats, was the plaza in front of City Mall and the iconic Vigan Cathedral, with its resplendent retablos (altarpieces). 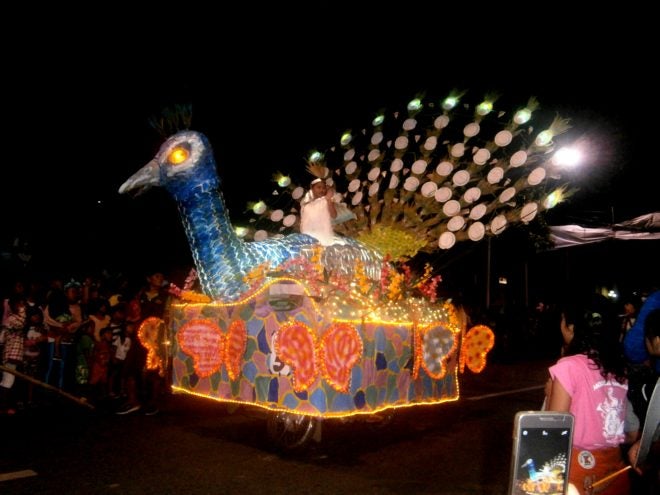 The parade started slowly, with modest floats which became more grandiose and festooned with lights as the competition grew more intense. There was accompanying music and sound effects, with little muses waving at the crowd.

The themes and the costumes were actually a free-for-all, with Hollywood influence evident. There were the Avengers, Spider-Man, Snow White, Jezebel and Pinocchio.

Some floats paid homage to the sea, marine life and creatures from the deep, Vigan being a coastal city.

One float was castle-like and titled “Assassin’s Creed,” with the assassin atop clad in a white cloak.

Another float was a large box with hands jutting out, one moving eerily.

After the parade proper, all the floats congregated in front of City Hall amid a blaze of lights, dancing fountains, and searchlights beamed at the heavens, as crowds and supporters milled around.

The winner of the competition was the Haunted House. It did not have enough lights but it was in keeping with the main theme, and the jurors found it “malinis” as in well-crafted.