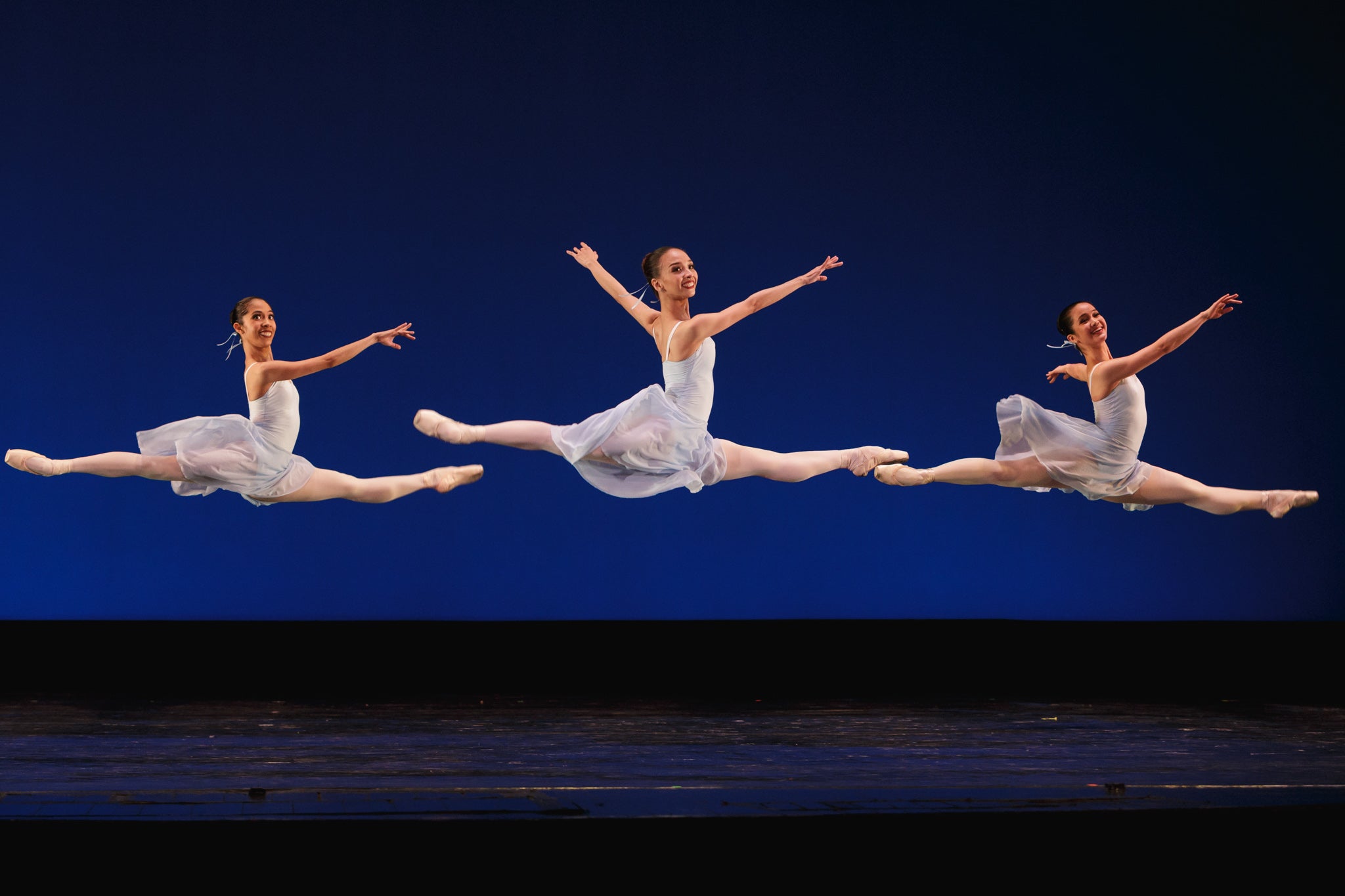 Like an empty canvas ready to receive an artist’s medium, the Cultural Center of the Philippines, devoid of sets, was ready to showcase a palette of Ballet Philippines’ repertoire for its second season offering, “Exemplars.”

Except for minimal sets for two of its numbers, the company’s challenge was to compel the audience to focus on the dance and dancer and nothing else.

The elephant in the room, of course, was the shortage of production funds; but, conversely, this negative condition can work positively in the light of an excellent performance.

This had been proven once upon a time under the watch of former artistic director Augustus “Bam” Damian, whose fortune or misfortune it was to reign during perhaps, the more economically distraught period of the ballet company.

From beginning to end, the narrative of an ill-fated romance between a Muslim princess and a slave wasted no note nor movement in driving the story to fruition. So tightly woven were the clear-cut story, music and choreography, that the impending doom accelerated and climaxed in anticipated tragedy.

This strong, wonderful piece of dancing owed its glorious revival to Eugene Obille, in the role of the Sultan. Victor Maguad, who grows from strength to strength, danced the role of the slave, and the lyrical Monica Gana as the ill-fated Princess.

“Concertina” was choreographed by Pauline Koner, American dancer, choreographer and teacher. For three months, she honed the company to ably execute her unique technique, based on the trademark of her choreographies: a fusion of Asian and Spanish dance and ballet techniques. The number was premiered at the CCP in 1973. Koner was a student of the famed choreographer Michel Fokine, whose noteable works were mostly for Diaghilev’s Ballet Russes.

Coaching the five ballerinas in the piece was Edna Vida who was in the original company when Koner visited the Philippines.

Yadao was convincingly domineering in his portrayal of a prime example of machismo. Well-built with emphatic sure movements, and high balons with quiet landings, Yadao’s comeback into the company and as faculty member of the school is indeed a welcome turn.

Former company premiere danseur Nonoy Froilan restaged Valse Fantasy choreographed by Spanish ballerina, Muñeca Aponte. Froilan, who had partnered Aponte when she guested in the company, danced the only male part in this number in the first staging in 1974.

The piece, described as “ pure dancing,” featured Victor Maguad in the solo male role, with three of BP’s rising ballerinas, Denise Parungao, Jemima Reyes and Katrene San Miguel. It was a chance for each ballerina to showcase her individuality— Parungao’s elegant musicality, Reyes’ definitive strength and San Miguel’s lyricism.

Closing the evening was Norman Walker’s “ Songs of a Wayfarer,” which he created for the company in 1973. The woeful strains of Gustav Mahler’s music scores the story of unrequited love and the ultimate pain of witnessing the loss of that love to the permanence of matrimony to another.

Ronelson Yadao brings contemporary freshness to this tormented role (first danced by Froilan) haunted by the face of his lost love until the bittersweet ending falling asleep underneath the comfort of the sacred linden tree, which in German folklore is the considered the tree of lovers.

Sleeping underneath it also brings peace. Yadao’s gradual transition from torment to peace is articulated in the softening of his strong technique to a his meltdown in sleep.

“Songs of a Wayfarer” was an apt conclusion to an evening declared by balletomanes as the “return of elegance to Ballet Philippines.” The sharp, defined and timeless lighting designs of the masters of light, Monino Duque and the late Teddy Hilado, former technical directors of CCP and Folk Arts Theater, respectively, National Artist Salvador Bernal’s classic costumes, the well thought out narratives of the choreography, and most importantly, the “joie d’danse” quite obvious in the dancers that went beyond technical proficiency made the night’s experience dancing for dance’s sake.—CONTRIBUTED