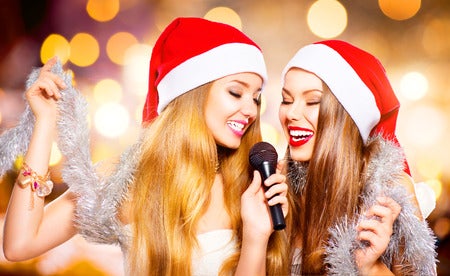 With the Philippines having the longest countdown to the holiday season, it’s no wonder that public places all over the country endlessly play festive tunes to ring in the most wonderful time of the year.

But according to one study, hearing Christmas songs on repeat may damage your mental health, especially if you work in these public places playing the songs, and you are forced to tune them out, a psychologist pointed out.

“Because if they don’t [tune the songs out,] it really does make you unable to focus on anything else. You’re simply spending all your energy trying not to hear what you’re hearing,” clinical psychologist Linda Blair told Sky News.

Blair added that music “goes right into our emotions immediately and it bypasses rationality,” in relation to why some stores would play Christmas songs while shoppers shop for gifts.

“It might make us feel that we’re trapped — it’s a reminder that we have to buy presents, cater for people, organize celebrations. Some people will react to that by making impulse purchases, which the retailer likes. Others might just walk out of the shop. It’s a risk,” she added.

However, Blair’s idea has been backed up before in 2012 by Dr. Victoria Williamson, who is a researcher for the psychology of music at Goldsmiths, University of London.

Williamson told NBC News about the “mere exposure effect,” which relates the act of listening to music, to how people would react from it. It eventually makes people like these songs due to constant exposure.

Meanwhile, as long as it is the Christmas season in the Philippines, people will have to either enjoy these tunes or, as the expert said, tune them out. Katrina Hallare/JB

Wizarding World of Harry Potter gets its first Christmas make-over