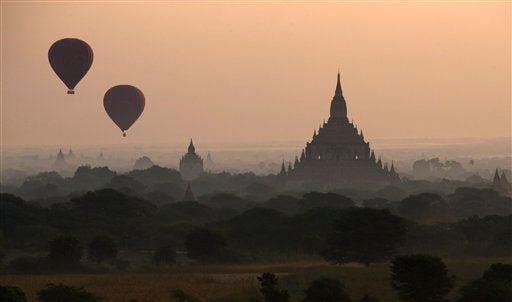 US tourist, 20, falls to death from Myanmar temple

A 20-year-old American tourist fell to her death while trying to view the sunset from a 20-foot pagoda in Myanmar’s ancient former capital of Bagan, the government said Wednesday.

The traveller, identified as Kassandra Braun, “accidentally fell from the Bagan pagoda…while looking for the sunset at 4:30 pm on November 7,” said the Home Affairs ministry.

She died on the way to hospital in Mandalay, the statement said.

Myanmar has tried in vain to keep tourists from scaling Bagan’s temples to watch sunsets fall over its vast plain of more than 2,000 Buddhist monuments.

In 2016 authorities tried to restrict the daily ritual to five main temples, citing the need to preserve the temples and protect tourists’ safety.

But travellers continue to scamper up many of Bagan’s smaller structures, including the 20-foot Wuttanathaw pagoda from which Braun fell.

Bagan is among Myanmar’s most venerated religious sites and a top attraction for its growing tourism industry.

Major renovations were launched after an August 2016 earthquake damaged hundreds of pagodas.