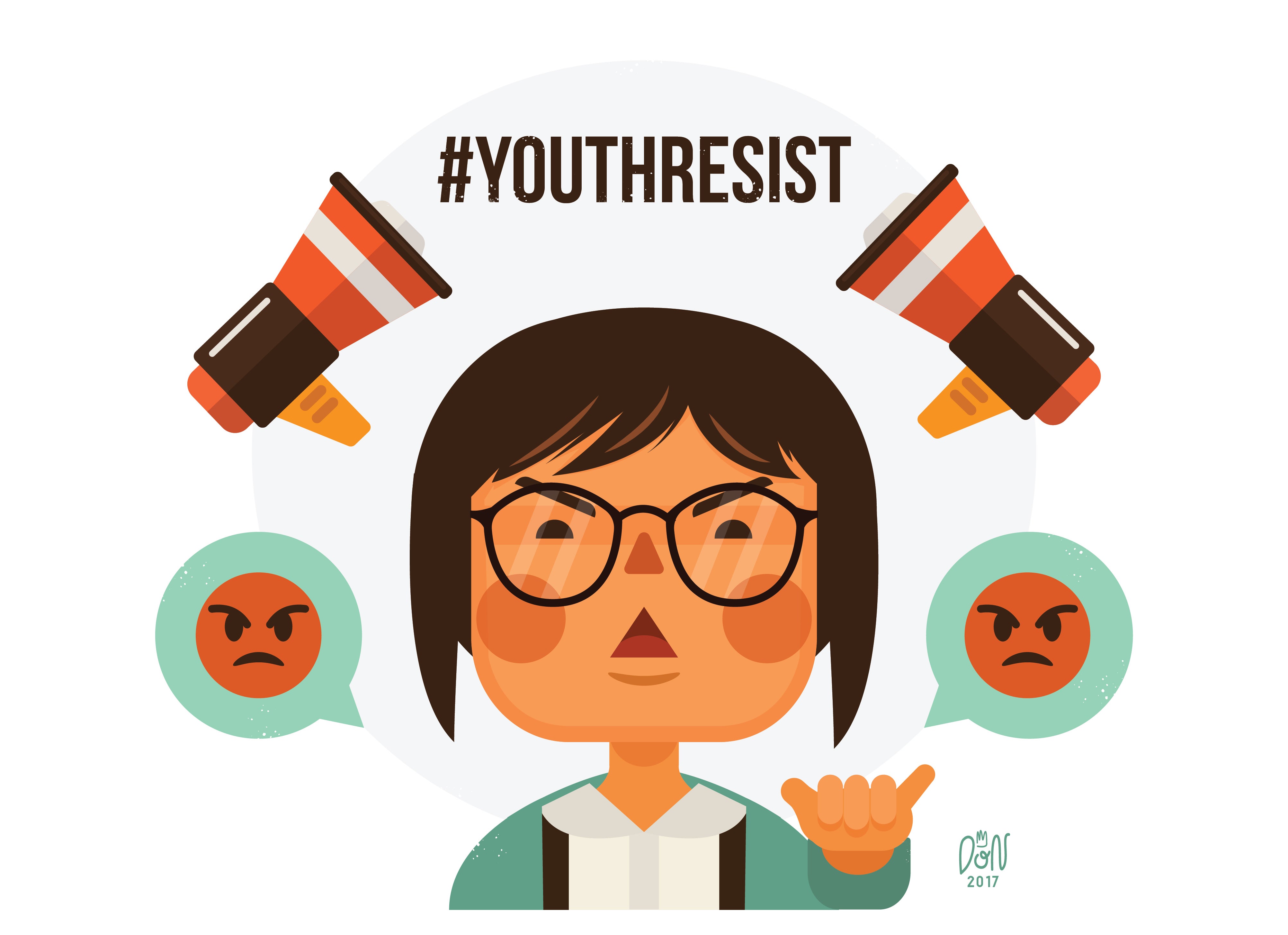 Who is Shibby de Guzman?

You might have seen her speaking on a megaphone, a cardboard sign strung around her neck. She was praised and attacked as well for her active participation in protesting President Duterte’s murderous campaign against drugs.

Shibby de Guzman is a 14-year-old student at St. Scholastica’s College (SSC) Manila who started her advocacy with her voice and a piece of cardboard.

Together with Hawaii-based makeup vlogger Brentman Rock, she is one of two Filipinos chosen among Time Magazine’s 30 Most Influential Teens of 2017.

She first drew attention in November 2016, when a photo of her protesting against the burial of the late President Ferdinand Marcos at the Libingan ng Mga Bayani appeared in De La Salle-College of St. Benilde’s magazine, The Benildean. Noticeable was her cardboard sign, “Lahat tayo posibleng drug pusher,” hanging around her neck. This was her version of “Cardboard Justice,” a term first used by De La Salle University professor Hope Swann in reference to the cardboard signs saying “Pusher Ako” left on dead bodies of alleged drug users and pushers.

In a online post, Shibby said that she was bashed by her schoolmates, yet applauded by her teachers and school administrator, who encouraged her to help her classmates become more aware about the issue. In July 2017, she participated in #YouthResist, an alternative to Duterte’s State of the Nation Address and a peaceful protest against the killings.

Upon learning she had landed on Time’s prestigious list, Shibby was shocked and ecstatic as well. She couldn’t believe she was in the same league as actress Millie Bobby Brown of the Netflix series “Stranger Things.”

To say that SSC is proud of this Kulasa is an understatement. “She serves as a living reminder that we are all in a mission of educating the youth on what social justice is and their responsibility in its attainment,” said SSC vice principal Jonna Lim.

When she’s not attending protest rallies, Shibby is a regular teenage student. She doesn’t fit the typical activist archetype. Though outspoken about the causes she supports, Shibby is a soft-spoken and well-mannered girl.

Close friends describe her as artistic. A member of the school’s art club, she also likes experimenting with makeup, aesthetics and holding photo shoots with her pals.

Despite the praise and recognition she receives, Shibby does not like fame or attention. Rather, through her actions, she wants people to focus on the real issues that affect Filipinos and the country.