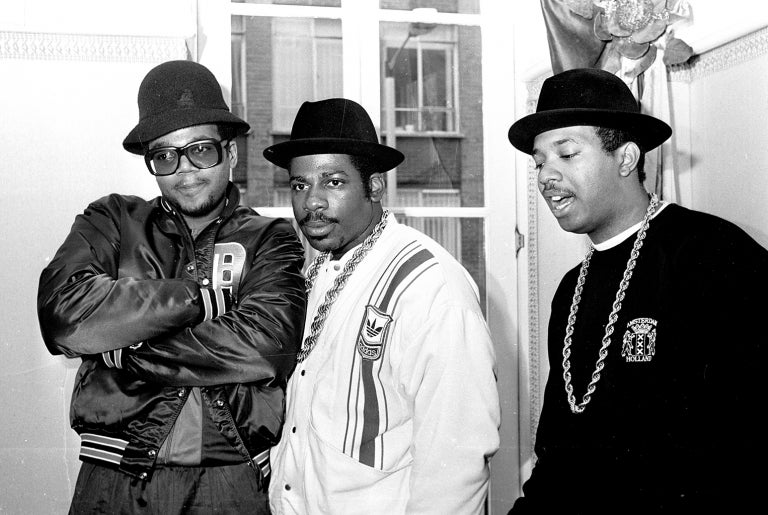 Run DMC in London in the 1980s. Image: Andre Csillag/REX/Shutterstock via AFP Relaxnews

The Smithsonian Institution in the United States has surpassed a $250,000 crowdfunding goal to produce a major anthology on the history of hip-hop and rap.

A partnership with the National Museum of African American History and Culture, the anthology is envisioned as a collection of more than 120 tracks on nine CDs as well as a 300-page book with essays, liner notes and never-before-published images, all examining the musical, cultural and social force that is hip-hop.

Illustrating a number of social and political trends within the genre, it will draw from music by old-school pioneers such as the Sugarhill Gang and Roxanne Shanté, up through Kanye West and Nicki Minaj.

An advisory board behind the anthology includes artists Chuck D, MC Lyte, Questlove and 9th Wonder as well as industry veterans, music critics and scholars.

The goal is to release “Smithsonian Anthology of Hip-Hop and Rap” by December 2018, and the Kickstarter crowdfunding is an attempt to keep the production on schedule.

Backers pledging $100 or more will receive one anthology as well as a 9th Wonder Digital Remix based on the catalog of the Smithsonian Folkways recording label; additional perks and bonuses come with higher contributions.

Those able to shell out $10,000 will be able to head to Washington D.C. with a friend for a museum tour led by Questlove. JB