Is there such a thing as ‘Asean aesthetics?’ | Inquirer Lifestyle ❮ ❯ 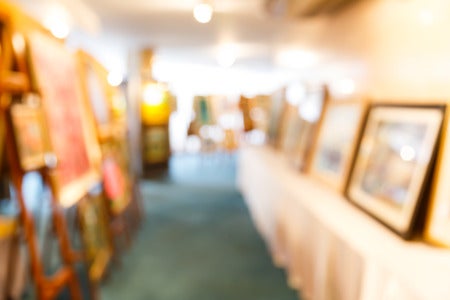 Is there such a thing as ‘Asean aesthetics?’

With Manila hosting the summit of Association of Southeast Asian Nations (Asean) this week, it may be relevant to discuss “Asean aesthetics.” In fact, the Asean has been holding discussions on the matter; one was held in 1995 in Singapore, where this author made a presentation on “Philippine aesthetics.”

In our country paper, we defined aesthetics as “the power of intellection, a sense of beauty, taste and artistic competence for a learned understanding of a people and their country’s history.”

The clash between tradition and modernity remains a theme and concern in Asean art.

Awang Bin Sitai of Brunei Darussalam said, “My paintings are not (a) criticism of the West, but a symbolic form of statement on the phenomenon of modern changes that affect man’s attitude toward his own culture.” (The word “modern” is universal. It differs from Modernism, which is “a Western concept,” according to Emmanuel Torres).

The contemporary Brunei artists always try to complete their sense of aesthetics by showing “the powerful influence and effect that religious, political, social and cultural sensibilities have on (their) creative freedom,” said art critic Bujang.

Meanwhile, nationalism is always an integral part of Indonesian aesthetics. This does not preclude internationalism, which allows artists to depict themes that cross over continents and cultures.

Hadiwardoyo, the Indonesian delegate, said during the Dutch colonial period (1900-40), some paintings were “rooted  in natural scenery and landscapes—which reflected the ideology of the middle-class imagery.”

The pluralism that defines Philippine aesthetic is a verdict of its long cultural history, from prehistory to the present, often defined by colonial periods.

But martial law had the most powerful impact on the emergence of a new Philippine aesthetics.

Visual artists wielded their paint brushes and chisels to depict what they saw as the inhumanity of martial law. The artists crushed the foundation of western and classical art in which they are schooled, and introduced a yet another, and hitherto unexplored, Philippine aesthetics. Protest art was born.

Conversely, the State instituted the National Artist Award. Finally, artists were snatched from the fringes of Philippine society to man the frontline of Philippine art and culture.

Singapore aesthetics is the result of overseas Chinese/Asian art culture, and colonial (British) art culture, according to Kian Chow. Some artists introduced a new aesthetic attitude, namely “art as a communicative aspect and social education.”

About Singaporean artists who returned from their studies abroad, T.K. Sabapathy said, “artists advocated internationalism as an aesthetic creed; they utilized varieties of pictorial abstraction with the conviction that abstraction embodied pure aesthetic values and that it conveyed universal ideas…”

Meanwhile Apinan Poshyananda said that “the contemporary art of Thailand is full of paradoxes and enigmas,” adding that the artists had “assimilated art styles of other cultures with their own.” Result: Thai aesthetics is “eclectic.”

Social institutions have had a strong impact on Thai art and aesthetics. Expectedly, the “king-country-religion triad” is strong, Poshyanada said.

Despite the war that damaged Vietnam for decades, “centuries-old traditions and an immense heritage have remained intact,” noted Nguyen Quan. “Introversion,” he added, “has always been a marked aesthetic feature of the Vietnamese, serving as a clue to the right way to integrate the ‘smaller self’ in the ‘great self,’” meaning in the outside world.

Le Thong continued: “Northern artists discovered the affinity between their indigenous aesthetics/values and that of early modernism…” (Southern artists) who were exposed to western art, “searched inwardly exploring abstractions, futurism and other currents of European art…”

Thus, Asean aesthetics is about a diverse people united by a common bond of humanity. —CONTRIBUTED