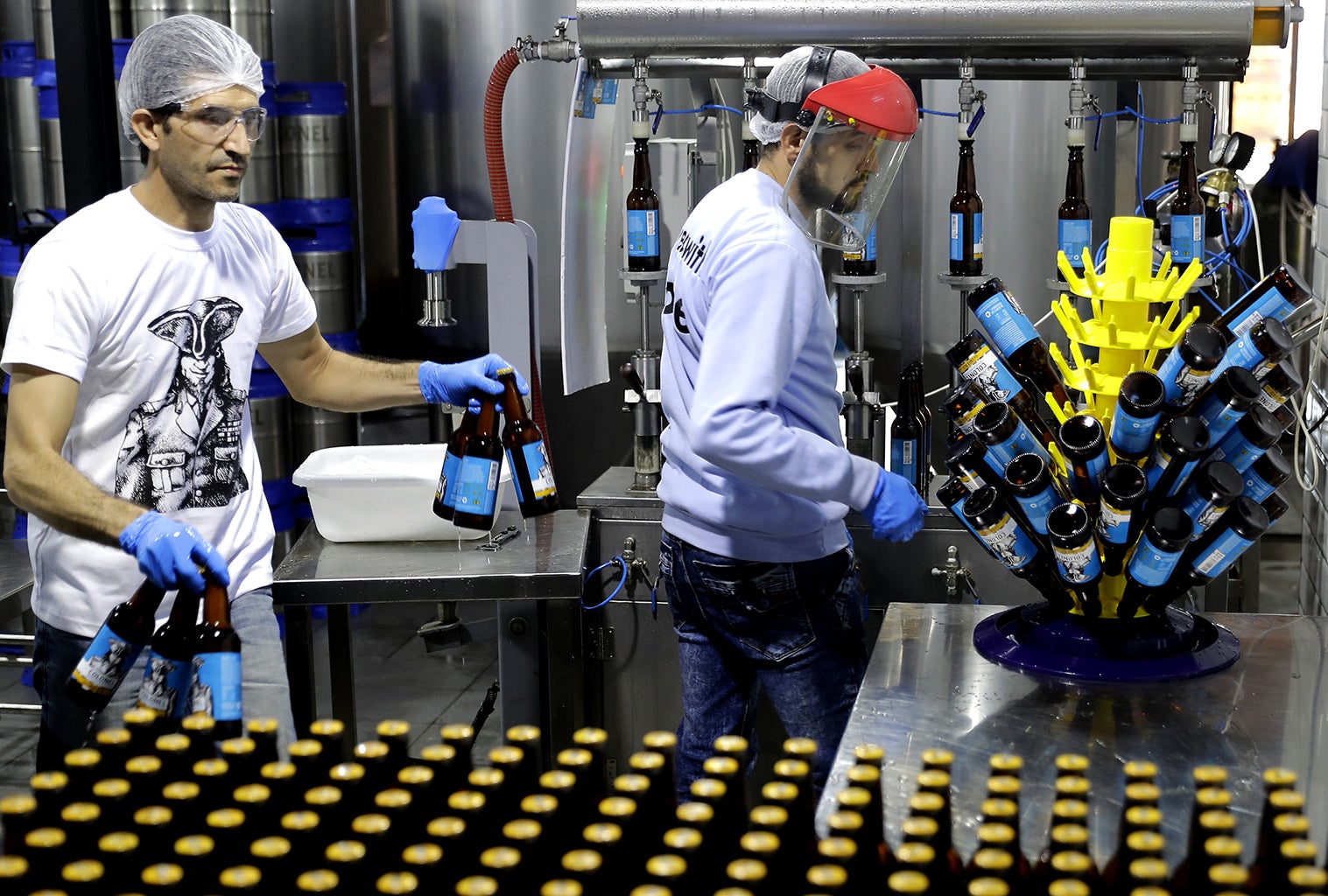 For decades, beer in Lebanon has meant just one thing: the ubiquitous local pilsner, Almaza.

But now a crop of local microbrews is making headway in the home market.

On the shore of the seaside town of Batroun, 34-year-old Jamil Haddad presides over the Colonel brewery, now just over three years old and, he says, expanding fast.

“Every year I’m growing like crazy,” he told AFP, as workers put the finishing touches to a stage in the brewery’s garden for its annual festival.

This year alone, thanks in part to his new beach bar a few hundred metres (yards) from the brewery, business is up 45 percent, he said.

“When I opened in 2014, I was afraid. Are people going to be okay with this concept? It’s new, it’s not traditional, it’s different,” Haddad said.

Initially he set his sights low, producing just a single lager, aiming for a product that would be accessible for beer drinkers used to the crisp but one-note taste of Almaza (diamond in Arabic).

“Then I was surprised… I found that many people who came, they know what (it) means, different kind of beers,” he said.

“The other people who don’t know, they were very open to understanding it.”

Microbreweries, small and often experimental producers focusing on flavour and quality, have been booming across the world, with the sector particularly frothy in the United States and Britain.

In the Muslim-majority Middle East however, alcohol is shunned by many for religious reasons, leaving smaller markets that are often dominated by a single standard beer.

Lebanon stands apart from many of its neighbors, with relatively relaxed social mores and a large Christian population, meaning its market for booze is larger.

With four million citizens overall, beer consumption was at 29 million litres a year in 2016, according to Lebanon’s Blom Bank, with Almaza accounting for three-quarters of the market.

But if the drinkers are there, local producers face a raft of challenges, most of them born of the fact that ingredients including hops are not available domestically and must be imported.

Even bottles are brought in from abroad because Lebanon has no local glass industry, putting producers at the mercy of lengthy shipping times and high import fees.

Most Lebanese beer afficionados acknowledge that year zero for the country’s craft brew sector was 2006, when the founders of 961 Beer got started even as a devastating war between the Lebanese militant group Hezbollah and neighbouring Israel was under way.

It was a challenging start for the company, which is named for the Lebanese dialling country code, but despite some rocky years, it now produces for the international market as well as local customers.

“We’re the only microbrewery in the region that exports,” said Iyad Rasbey, 961’s chief commercial officer, manning a mobile stand offering several of the brewery’s products at a beer festival in Beirut.

“We export around six to seven containers a month to Europe, Brazil and the United States. That doesn’t include the Far East and Middle East region,” he told AFP, proffering a plastic cup emblazoned with the company logo and filled with its signature red ale.

In 2016, 961 accounted for five percent of Lebanon’s beer market, according to Blom Bank, but the company now focuses predominantly on exports, which make up 85 percent of its sales, Rasbey said.

“We’re working on that, we want to expand locally as well,” he said.

“We believe the local market is picking up and expanding in terms of craft beer. Locally, people have started understanding the meaning of craft beer.”

Someone who is counting on that is Omar Bekdache, a 961 alumni and now owner of Brew Inc, a brewpub in the trendy Badaro neighbourhood of Beirut.

The pub offers a rotating selection of craft beers, ranging from a ginger-spiked Weizen, or wheat beer, to a coffee-coloured, dark malt porter, which are brewed on site in silver tanks that make up part of the decor.

“You have a lot of people who are home brewing actually… people are actually looking to try new beers, new styles of beer, new flavours, everything.”

Hisham Shaar, 28, drinking on Brew Inc’s patio, said he was at the pub twice a week, and became a microbrew fan four years ago after trying 961’s red ale.

“It’s new, it’s interesting, it’s challenging,” he said, of the handful of newer offerings on the beer scene.

“People who used to stick to Almaza were bored with it. People have welcomed these new microbreweries.”

Back in Batroun, Haddad has high hopes for the local market, and dreams that one day he will be able to brew with locally grown hops.

“For sure, we still have room for at least 10 to 15 other microbreweries,” he said.