What went on during Trudeau’s visit to Jollibee | Inquirer Lifestyle ❮ ❯ 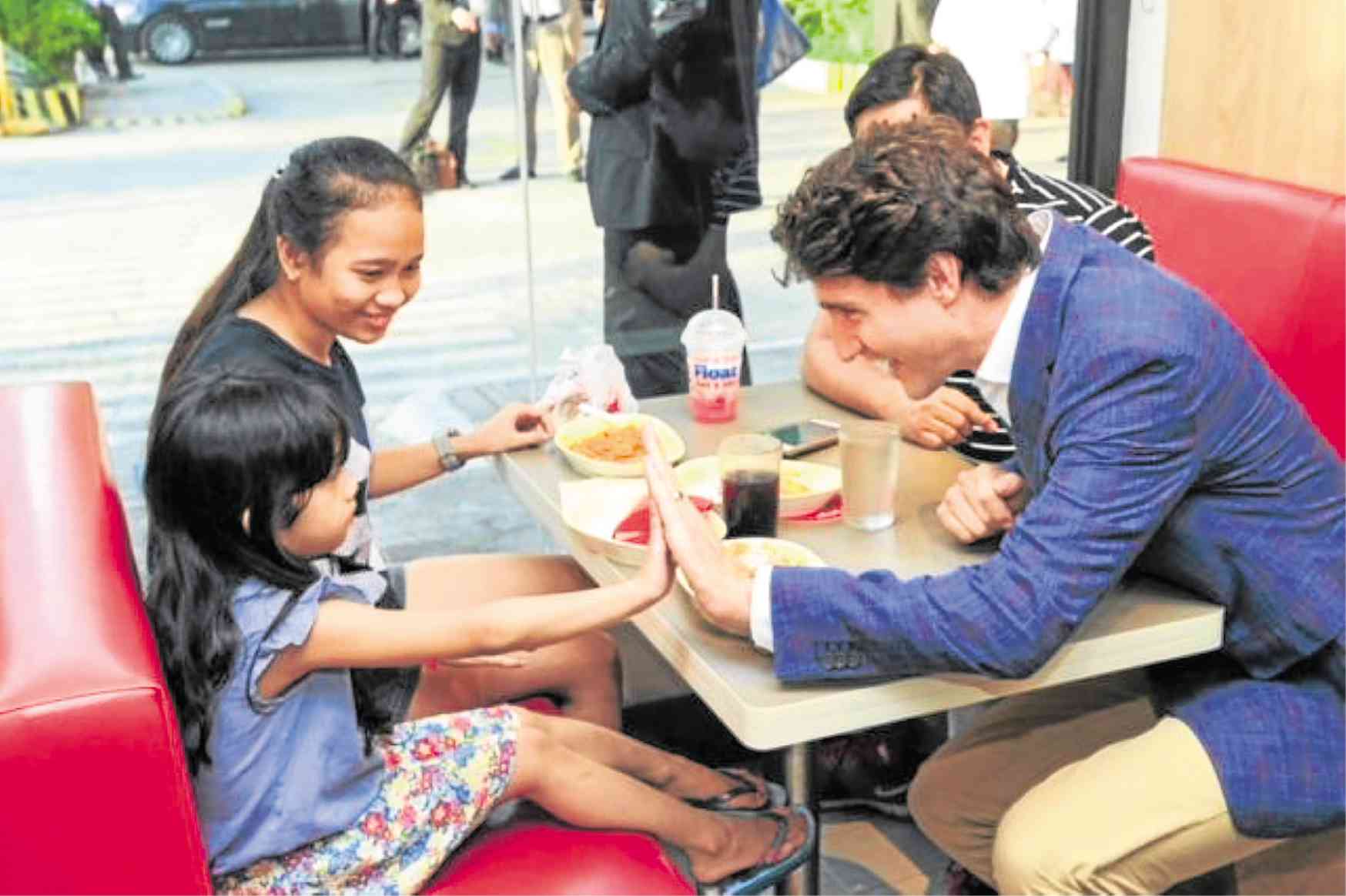 What went on during Trudeau’s visit to Jollibee

The Filipinos’ favorite foreign-dignitary visitor? Arguably it must be Canadian Prime Minister Justin Trudeau. Anything he does here turns viral.

And, add to that, a selfie with Trudeau is easily one of the hottest must-dos this Asean week.

Right after his arrival in Manila yesterday to attend the Asean Summit, the amiable and endearingly good-looking head of state made a quick stop-over at Jollibee in North Harbor, Tondo, Manila.

He ordered Chickenjoy with rice and Strawberry Tea Float, mingled with the crew and customers, going from table to table—and sharing the fries of some guests as he table-hopped.

If that’s not Asean-cool, we don’t know what is.

In truth, it was Trudeau himself who “personally requested” the visit, according to Francis Flores, Jollibee global brand chief marketing officer. “We were advised just a few days ago. He really loves Jollibee and knows how much Filipinos love it. He also went to our first Jollibee store in Canada last February, and he knows we are opening more stores in Canada.”

Jollibee is opening in Toronto in 2018.

If he feels some affinity to Filipinos, it’s because there are about 700,000 Filipinos living in Canada.

Flores described Trudeau’s memorable visit at Jollibee’s North Harbor, Tondo, branch: “He’s such a charismatic and sincere person. You will not feel intimidated by his presence. He went around the store, table-hopping to talk and sit down with the guests. He loved the fries and shared some with the guests.

“In a brief chat with Jollibee executives, he said he visited our first store in Canada in Winnipeg last February,”
Flores said.

Flores added: “Our president for Jollibee North America talked to him about our store openings—one more in Winnipeg this year and two in Toronto next year. He also spent some time with our crew and even went behind the counter and to our kitchen to shake hands with the crew and take photos with the store team.”

Trudeau wasn’t able to finish his meal so he left the store with a take-out. He was photographed with the take-out as he headed to his car, waving at the crowd.

Flores said, “We are definitely happy with the buzz it’s been getting here and even from international media. It helped us establish that Jollibee is truly a national icon.”