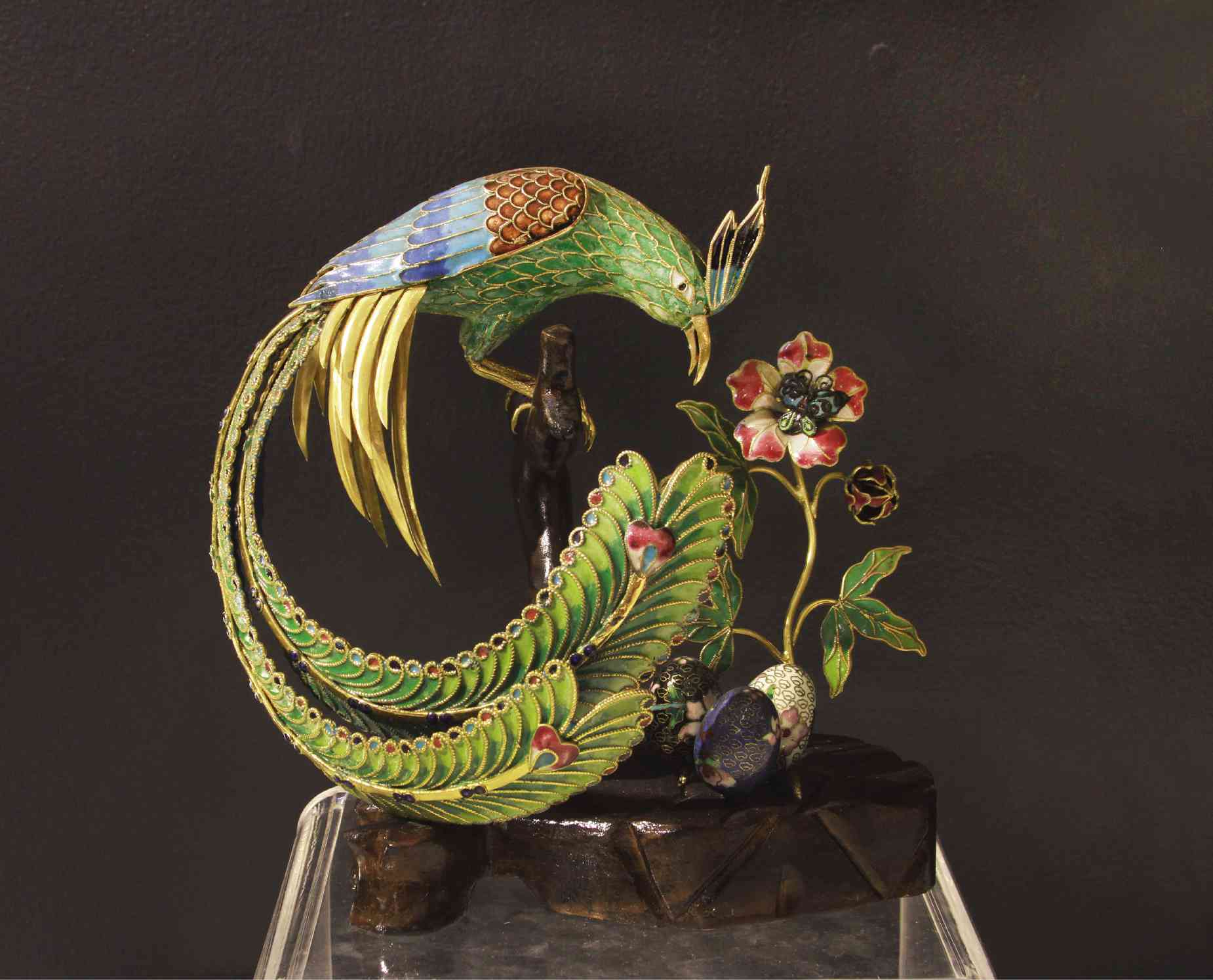 A Louis Vuitton Vernis headphone bag fetched $20,000 (approximately P1,025,000) on eBay. Its then creative director Marc Jacobs designed it for the 2006 collection, with only 30 pieces.

At Casa de Memoria auction house, the LV bag’s starting bid for its auction this weekend is considerably less at P650,000.

However, it is not so much the price that’s news. This contemporary fashion accessory lends an unpredictable touch to 19th- and early 20th-century collectibles, such as a Milanese chest of drawers in ebonized wood and inlaid ivory panels at a bidding price of P145,000; a pair of French 19th-century theater binoculars in gilt and enameled metal tagged at P30,000; and a Portuguese silver framed panel of Saint Vincent of Fora, priced at P195,000.

While León Gallery and Salcedo Auctions built their reputation on modern and contemporary Philippine art as investment, Casa de Memoria creates its niche in espousing the lifestyle of the Old World establishment.

The core of the business consists of high-end estate items, traditional furniture, estate and vintage jewelry, decorative arts and unique finds, cherished by the Western or Western-educated elite in the 20th century.

Many precious pieces come from big houses of mature consignors, but Casa de Memoria is trying to develop a younger market that will use these in their homes, other than as an investment.

They grew up surrounded by art and culture. Angelique and Camille’s father, Ambassador to Spain Philippe Lhuillier, is a collector of European religious and decorative arts.

Although Angelique studied business at Menlo College in California, she followed her passion for the arts by filling her home with exquisite Old World antiques. She put up Casa de Memoria so that people in her generation could have access to them.

Camille spent nine years in Rome, when her father was ambassador to Italy.

“If you live in Rome, you experience art on a different level,” said Camille, who also took up business at John Cabot University in Rome.

Barely two years in the business, Casa de Memoria has held nine thematic auctions, with 150-200 items gathered for each sale, most from the clean-outs of estates.

On Nov. 18, it will hold a holiday sale, composed of gift items like vintage jewelry such as a 19th-century diamond and ruby-encrusted brooch pendant, rare ivory neckpieces, Baccarat and Lalique crystals, porcelain vases and dining ware and European fans.

Still, there are larger pieces for the home such as period furniture and paintings.

“We want to educate our clients. These pieces will never be seen again,” said Camille.

Tiffany recalled that, during the Age of Exploration auction, the rarity of the ivory pieces lured people to bid as much as 20 times their value.

Casa de Memoria took the items on consignment. Creative director Miguel Rosales and a team of researchers looked into the quality, history, provenance and market value.

The uniqueness and realistic pricing aim to attract the younger market, although many of the auction participants are mature. An average of 48 percent of the lot finds takers.

Valuable and rare objects have provoked fierce bidding, such as a 19th-century malachite-mounted console table from Italy, which was sold for P1.5 million.

The big money is in Oriental pieces. A huge ivory dragon castle fetched close to P4 million and a century-old ivory Guanyin, the goddess of mercy, fetched a hammer price of P660,000.

A portion of Casa’s earnings goes to charity. For the holiday auction, the proceeds go to Ugnayan sa Poblacion, a Franco-Filipino art residency program in which artists from Taverne Gutenberg arts center teach art to street children. —CONTRIBUTED