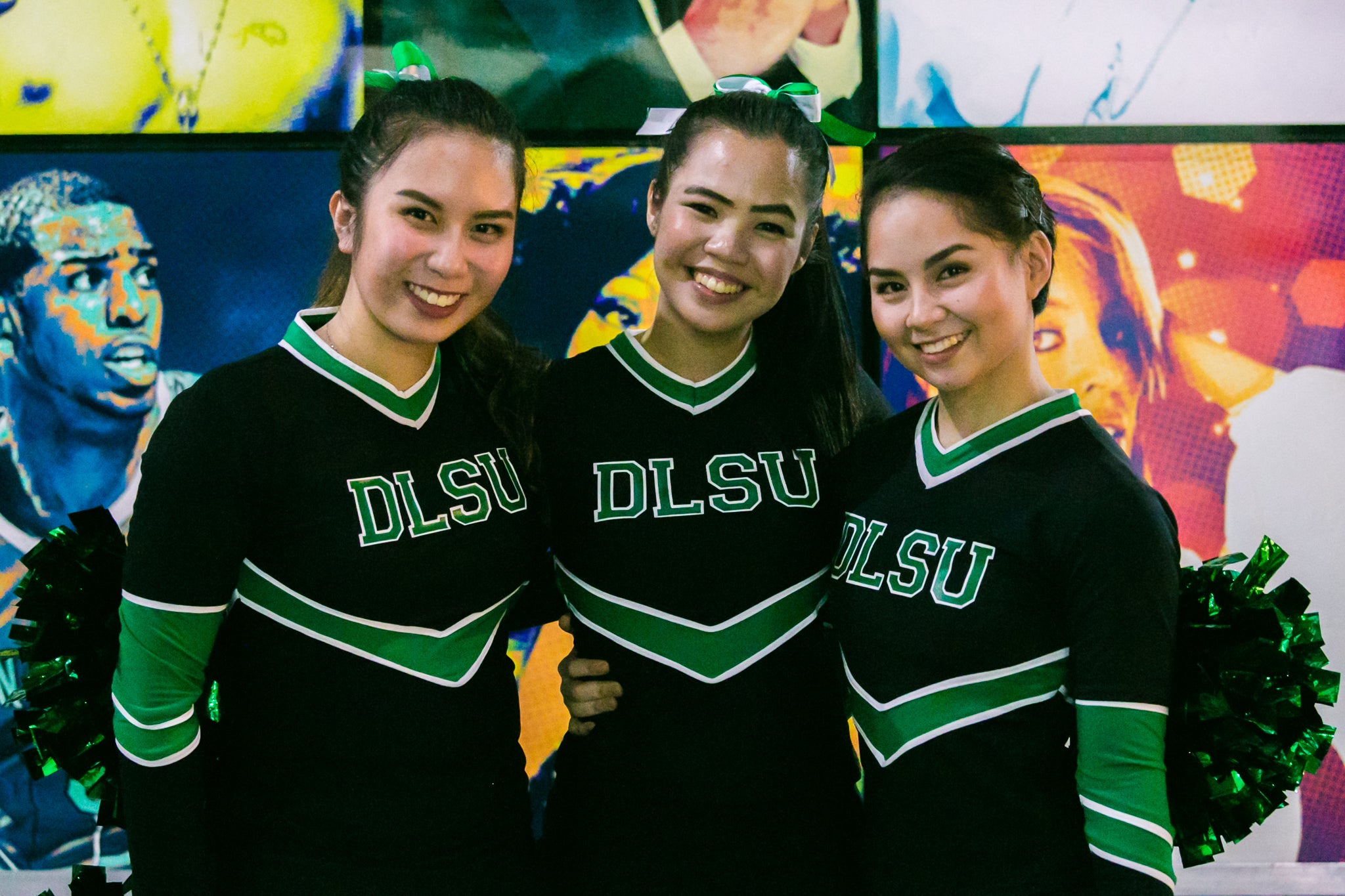 The deafening sound of drumbeats, the perennial catcalls and finger pointing during questionable referee calls, the nonstop jeering of diehard fans, and a stadium divided into a sea of green and blue—nothing beats the electric atmosphere of a basketball game between the Ateneo Blue Eagles and De La Salle Green Archers.

Witnessing this legendary rivalry for five seasons has given me a greater appreciation of the love-hate relationship between these longtime foes. Even today, the noise from the gallery is still uncontrollable, tickets to the games continue to be sought after by fans and scalpers alike, and members of the audience never fail to show their all-out support by wildly waving banners and flags in either green or blue.

Cheering for my alma mater for most of my college life gave me a sense of pride. But it was a humbling experience when I, along with several other former pep squad members, was invited to amp up the crowd in the half-time performance of the crucial UAAP Season 80 men’s basketball face-off between Ateneo and La Salle last Nov. 12 at the Smart Araneta Coliseum.

The Blue Eagles, then on a winning streak, suffered its first loss to the Green Archers, 79-76. “Matalo sa lahat, huwag lang sa Ateneo,” as La Salle folk would say.

This win was the proverbial cherry on the cake. Having seen the La Salle men’s basketball team through its ups and downs, I loved my role as a cheerleader and knew how important it was to lift the team’s spirit.

As another saying goes, “pikon-talo” and trash talk is nothing new in a neck-and-neck, nail-biting match. At the end of the day, both schools will uphold sportsmanship and focus on their love of the game.

And when the Green Archers and Blue Eagles meet again—they most certainly will—I’ll be there with my alma mater, cheering for them with all my heart and soul.