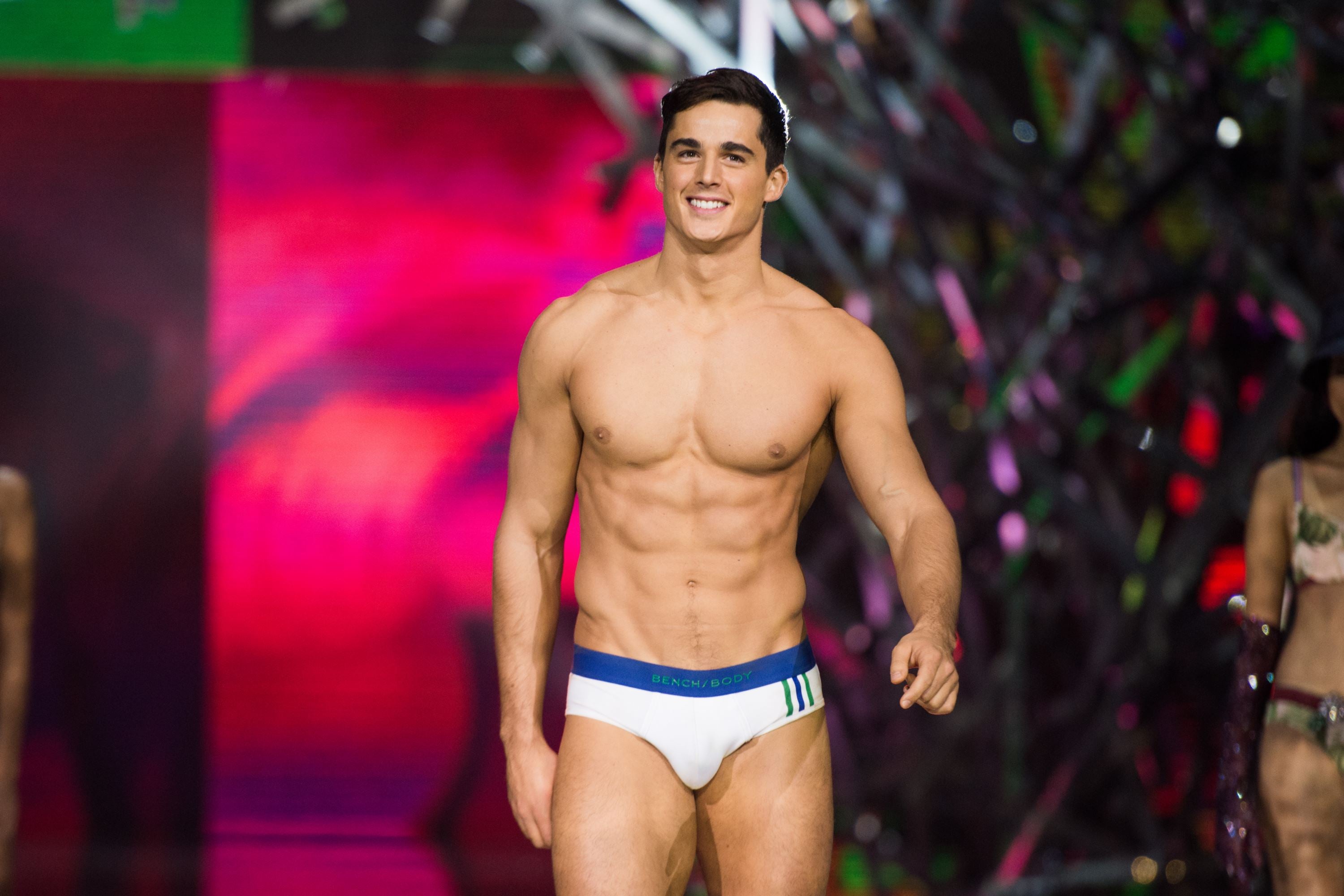 Bench Under the Stars

Bench, the lifestyle brand founded by businessman Ben Chan 30 years ago in 1987, clearly knows how to pack in a crowd eager to see their favorite stars in various stages of undress. At “Under the Stars,” the 30th anniversary show held at the Mall of Asia Arena last night, the venue was packed with fans who bagged tickets after making qualified purchases at selected Bench stores.

The mood leading up to the show was one of excitement. Those seated at the bleachers were given Bench pins that flickered on and off like stars.

Once the show started, however, all eyes were on the elevated runway. What appeared to be loosely woven chain mail on four models turned out to be oversized safety pins strung together that glittered as they moved. They were followed by models wearing “pierced” baseball caps, Vargas-inspired pin-ups twirling beribboned parasols, and bathing beauties in flowered swim caps.

Cheers erupted when the country’s young celebrities and beauty queens appeared. The loudest were reserved for actor Markki Stroem in a tiny black thong that left little to the imagination, TV host Maine Mendoza who arrived on the shoulders of gymnasts, and actors Richard Gutierrez, Tom Rodriguez, and Daniel Padilla with Kathryn Bernardo.

Interspersed throughout were performances by gymnasts and sleight-of-hand artists as well as a trio of acrobats flown in from Canada whose female member performed several death-defying leaps.

Production designer Gino Gonzales came up with two backdrops: the first consisted of floor-to-ceiling video screens that ascended later during the show to reveal a nest-like stage made of acrylic mirrors.

“For me it was a visual that would be able to straddle the final segments of the show,” he told Lifestyle.