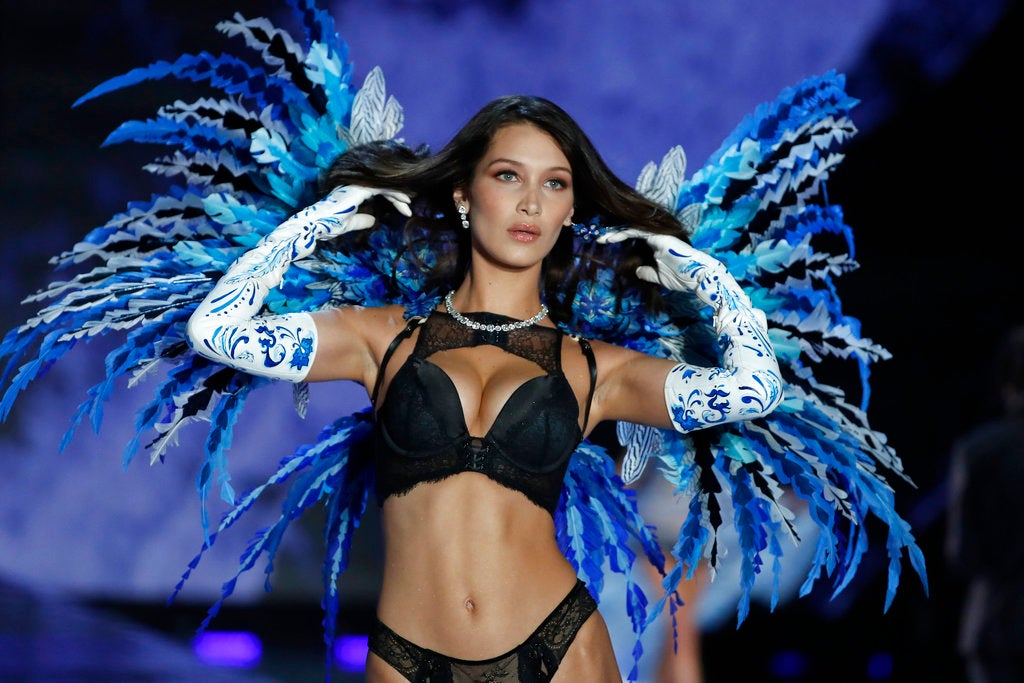 SHANGHAI (AP) — Gigi Hadid and Katy Perry didn’t make it but the Victoria’s Secret show in Shanghai managed to strut on Monday without them, surviving a controversy over visa issues and a model who slipped and fell during the show.

Chinese media reported that Hadid and Perry were denied visas.

Model Lais Ribeiro was charged with the task of carrying 300 carats down the catwalk while sporting the Champagne Nights Fantasy Bra studded with 6,000 gemstones.

The show ended with a tribute to lingerie designs based on various ethnic and native origins — with models donning rainbow colored feathers and beaded jewelry.

Shanghai-native Ming Xi slipped and fell to her knees, saying afterward she felt “so disappointed with myself.” A nearby model helped her up and she said many of the others asked if she was OK. “That’s what Victoria’s Secret is — everyone loves each other and we have the most beautiful family in the world.”

Hadid and Perry were scheduled to take part but bowed out just days before the show.

Hadid’s no-show came a few months after Chinese internet users accused her of racist behavior. She had been seen squinting her eyes on an Instagram video.

Observers said Perry caused some controversy in China in 2015 for wearing a sunflower-adorned dress while performing in Taiwan. The flower is an emblem of the island’s anti-China movement.

It is not uncommon for entertainers to be denied visas by Chinese authorities for political reasons.

The Global Times, an official newspaper of the ruling Chinese Communist Party, published a commentary on Monday titled “Victoria’s Secret models’ visa denial is of their own making.”

The story named Hadid and Perry and said celebrities who want a piece of the booming Chinese market need to respect what it said were Chinese values.

“They are lifting a stone only to drop on their own feet due to their ignorance of these issues. Payback was unavoidable. Those who are serious about developing careers in the Chinese market can draw lessons from this case and learn to abide by the rules in China,” the newspaper said. KI

LOOK: The Outrageous Wings at the Victoria’s Secret Fashion Show