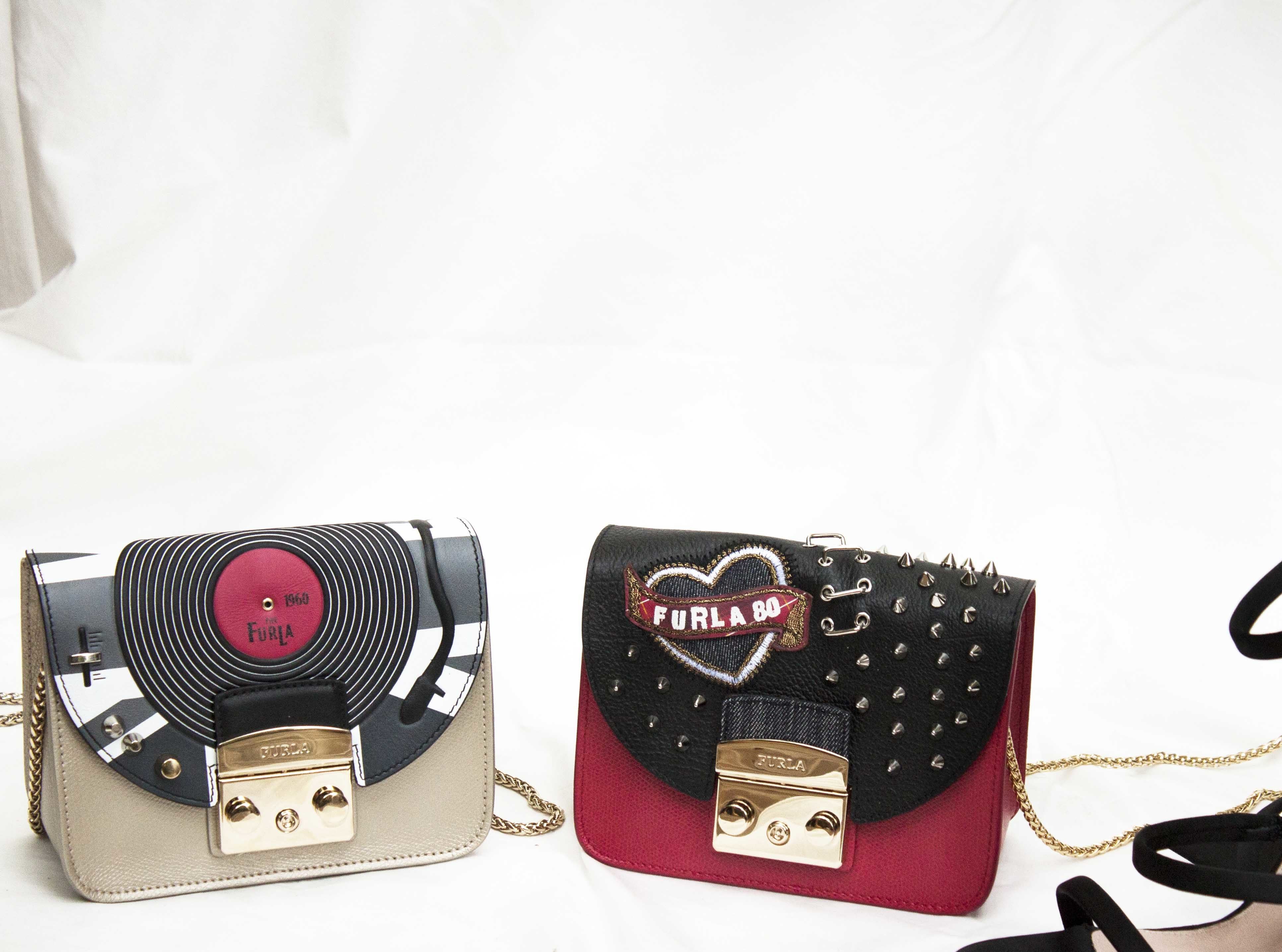 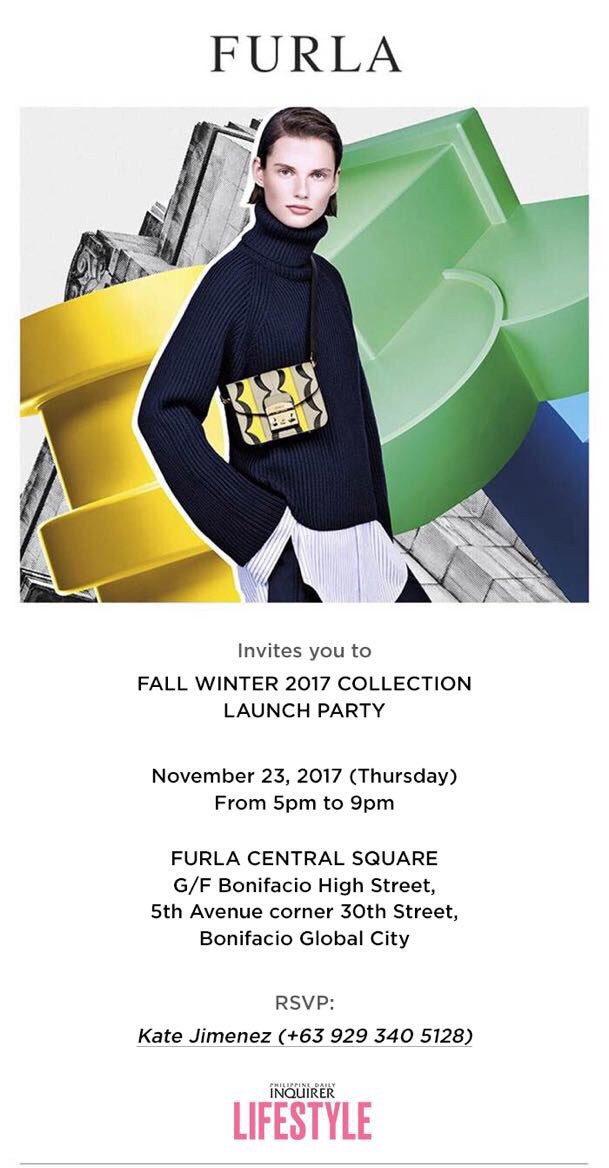 Furla partners with Inquirer Lifestyle to celebrate the 90th year of the iconic Italian brand and the unveiling of its Fall-Winter 2017 collection on Nov. 23, 5 p.m., at Central Square, Bonifacio Global City.

Furla’s vision of fashion is freedom, with the attention to the most minute details, characteristic of Italian artisanal tradition.

From the Fall-Winter 2017 Collection:

Practical and functional, as tough as the New York skyscrapers from the ’30s that inspired it. Springing from the jazz age and the
transformation of the modern workplace,Furla Like is a bag that means business, starting with its internal structure, which is divided into two practical compartments that zip shut.

It’s a shoulder-strap bag with a handle and an angular, geometric appeal that is a more creative, feminine side, making it the perfect accessory on or off duty. It has small metal eyelets on the front, and an elegant mix of colors and materials.

Furla Like comes in two versions: the threetoned Oasi Double calfskin version combines gray, white and black while the second has a black base with a flap in leopard print fur.

There’s also a Like handy pouch with a strap, which can fit into the bag as additional
compartment, or be used separately for a stylish touch.

Furla Scoop borrows two of the most typical elements of bags in the ’40s—accordion sides in the main compartment, and a rectangular flap—and modernizes them with the use of python-printed calfskin leather, the bag’s standout feature.

The bag draws on other sources of ’40s style: the minimalist practicality of the military, and a certain bourgeois sophistication. The result is a mix of retro elegance and contemporary good taste, shown in the details: the strap is connected to the base with two metal rings, and the flap has rounded edges. 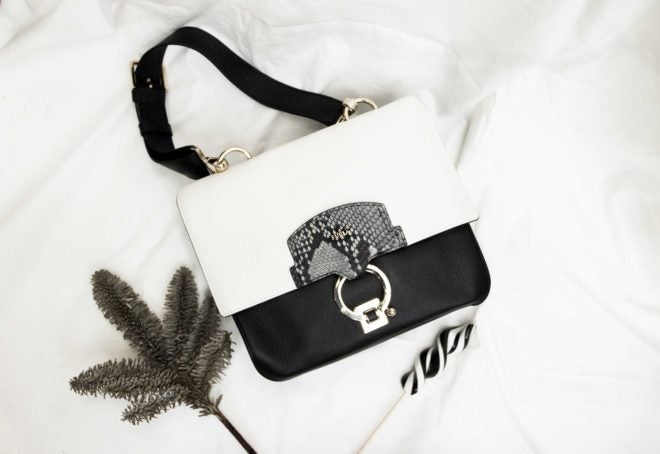 The beginning of the 20th century and on to the new millennium is reflected in a handbag with interchangeable flaps that becomes a portable time machine traveling across nine decades.

The Furla Metropolis, available in five colors—Petal, Magnolia, Gold, Ruby and Onyx—has nine different flaps to narrate the story of the brand that began in 1927.

It started in the Roaring ’20s, the age of Charleston and “The Great Gatsby,” where the wild parties in the French Riviera were all the rage. The ’20s of Josephine Baker and Art Déco
gave birth to what we now consider modernity.

This decade is represented by a soft nappa leather flap with velvet base and stud with the number “20” galvanized in light gold.

It continues in the ’30s: the jazz age, the decade of glamour, of Marlene Dietrich’s
mysterious voice and magnetic eyes. The ’30s flap is made of tortoiseshell PVC with ivory colored mink fur and the inscription “30” laser-etched in white on the black tab.

The ’40s and its crazed rhythm of Swing is represented in a handbag with flap printed with a petal and ruby check. The number “40” is printed on leather ruffles and a bow, evocative of
that decade’s pin-up girls.

The ’50s—the age of rock and roll, Elvis and the “greaser” gangs, and the explosion of colors in the omnipresent jukebox—has the bag flap in pink, turquoise and onyx with embossed colored
parts, with the number “50” in light gold set on the iridescent tab.

The bag representing the ’60s—the decade of psychedelia, the Beatles, and the cool dry linear elegance of the Mods—has the flap patterned like a turntable resting on a desaturated

Union Jack flag in gray, black and white instead of the traditional red, white and blue. The onyx black on the printed base has a long stud in place of the volume knob while the number “1960” is centered where a vinyl LP’s label would be.

The Furla time travel goes on to the ’70s and on to the 2000s, the “Aughts”: the decade of technology and dawn of the new Millennium. The flap comes in a silver laminate lined with a folding plate, just like a robot’s complete with screw-shaped rivets and shimmering
rhinestones.

For Metrobank card holders, on Nov. 23 at the Furla event, there will be a 15-percent discount on all regular items, with existing installment plan for six, nine and 12 months.