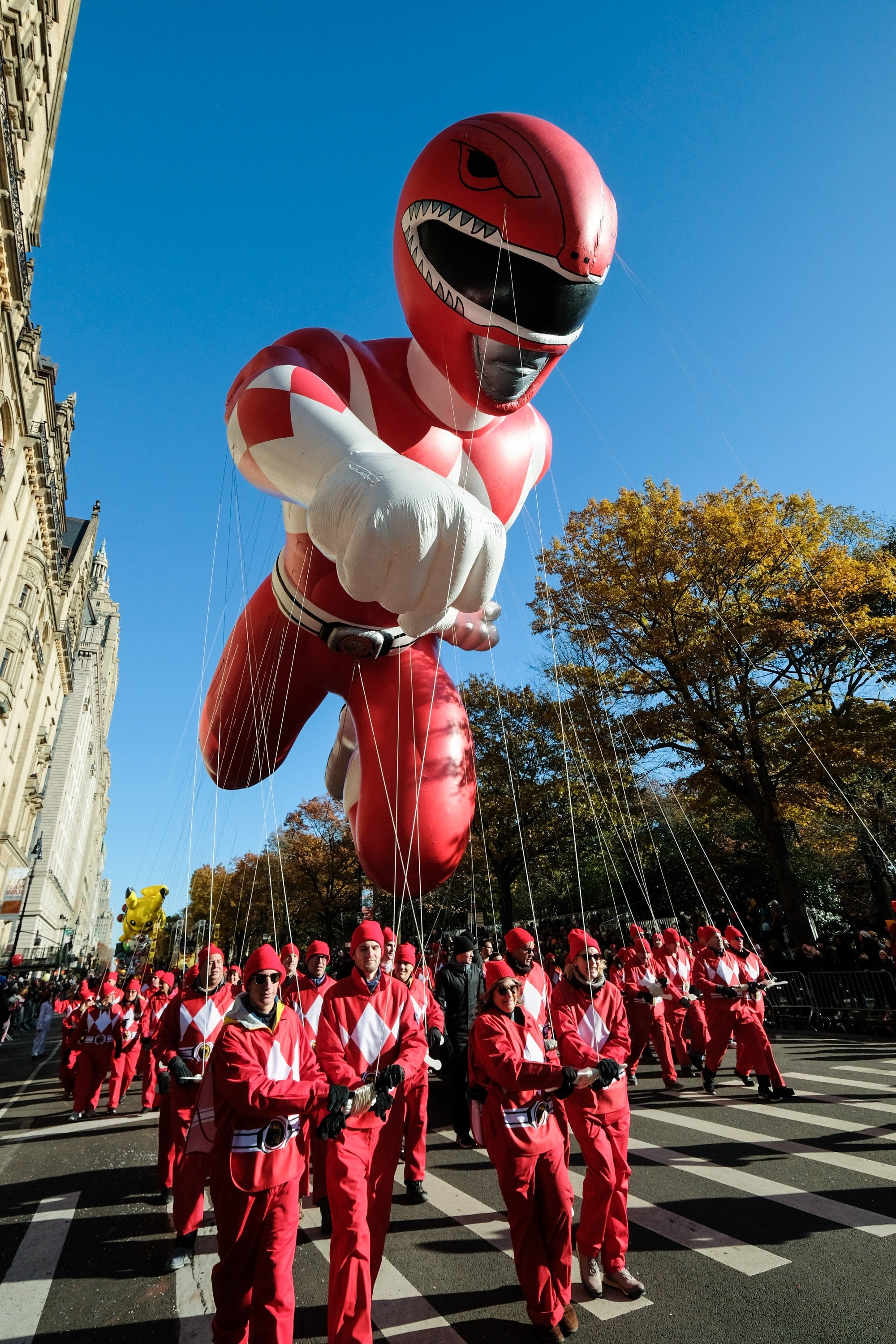 New York’s traditional Thanksgiving Day parade brought huge crowds to the city’s streets on Thursday, packing sidewalks from Central Park to Herald Square even in the midst of tightened security following recent terror attacks in the Big Apple and elsewhere.

As crowds estimated in the millions applauded marching bands, elaborate floats and enormous tethered balloons – bearing the likenesses of Mickey Mouse, SpongeBob Square Pants, the Grinch and other cartoon characters – a huge contingent of thousands of police patrolled the four-kilometer (2.5-mile) parade route or kept watch from helicopters hovering overhead.

With the festive event coming just weeks after the October 31 truck attack on a bike path in New York that killed eight people – many of them foreign tourists – the city had noticeably stepped up security for Thursday’s event.

Massive dump trucks were parked at intersections, and concrete barriers set in place, to prevent such violent incident.

The truck attack came at the end of a month that began with another assault on a gathering of people in a public place – the shooting that targeted thousands of concert-goers in Las Vegas, killing 58 and wounding hundreds.

Parade-goers in New York seemed aware of that history but appeared in a festive mood under sunny but frigid skies, as Americans across the country – and those posted in distant lands – celebrated their annual day devoted to family gatherings and the giving of thanks.

Teresea Diaz, a former New Yorker now living in North Carolina, expressed delight as she and her children watched the parade go by.

“I’ve never done anything like this when I lived here,” she said. “It’s great for my kids to see all the fun balloons and everything.”

While people in New York were shivering, families gathered in southern California were baking along with their turkeys, with temperatures set to soar past 32 degrees Celsius (90 Fahrenheit).

On the other side of the country, at his Mar-a-Lago retreat in Florida, President Donald Trump used a video hookup to offer his, and the nation’s, thanks to troops in Afghanistan, Bahrain, Iraq, Turkey, and on the USS Monterey guided-missile cruiser, at sea with the Fifth Fleet.

Sitting at a desk before a large computer screen, Trump told the troops they were “very, very special people.”

Addressing those in Afghanistan, Trump said: “(E)veryone is talking about the progress you’ve made.” As for those in Iraq, he said: “We’re really winning.”

He told all the troops that at home, “we’re doing well” and “the economy is doing great.” And he promised they could look forward to “big, fat, beautiful tax cuts.”

The president also visited a Coast Guard station in Riviera Beach, Florida, where he and his wife Melania handed out sandwiches and praised the job done by that branch of the service during the hurricanes of recent months.

Back in New York, parade-goer Tommy Benza had only good things to say about the parade.

“Thanksgiving is a family day, so we’re all here, we’re thankful to be here in the great city of New York,” he said. “I’m here with my family; it’s awesome.”

Mayor Bill de Blasio had promised in a news conference last Monday that the police presence along the parade route would be “stronger than ever” and said intelligence agencies had detected no credible threats ahead of the event.

“Come out and enjoy the day,” he said, “but if you see something, say something.”   /kga