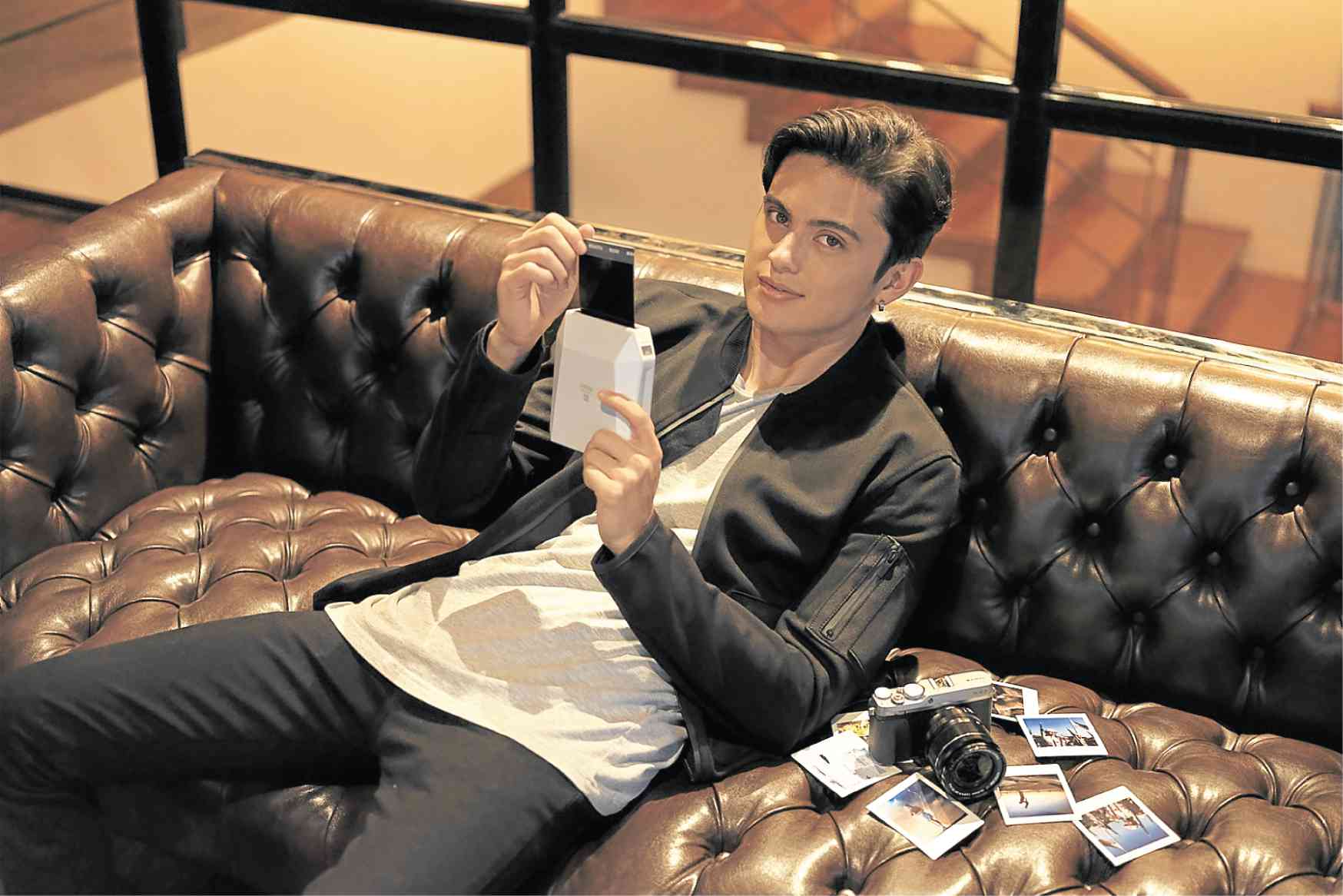 We can’t say no to James Reid

James Reid’s got game, but he doesn’t like talking selfies.

He has sweet eyes, a sexy smile and hair that’s always perfect. We at Super agree that he is a (very) good-looking guy, so naturally, we had to ask him why. He cut us off in mid-sentence with a “thank you,” then exclaimed: “Because I’m a guy!”

He loves taking photos of his favorite subjects, though, such as nature and landscapes and, of course, his girlfriend Nadine Lustre.  The celebrity couple, who goes by the portmanteau “Jadine,” have grown together from doing so many show-biz projects over the years that their relationship has evolved from reel to real, much to the delight of their fans who follow their every move on social media.

A true influencer, James has, so far, 2.15 million followers on Twitter, and 3.7 million on his Instagram—which he maintains himself.  “It’s very tedious,” he says, smiling. James also changed his IG username from @jaye.wolf to just @james since “no one is using it.”

“I asked for it, and they gave it to me. It’s cool, right?” he asks us. That’s probably one thing we and Instragram have in common: We can’t say no to James Reid.

His Instagram gallery is well curated and has a clean, dusty vintage look. For his awesome photos, James makes use of his Fujifilm camera system, a brand that he has been endorsing since 2016.

Super caught up with James at Dulo MNL in Poblacion, Makati City, for the recent launch of new Fuji products. Among these are the X-E3 mirrorless camera, the white SQ10 Intax Square, and the snazzy instax SHARE SP-3 Printer. The latter, priced at P14,999, lets one print Instax photos directly from any camera or smartphone through the Fujifilm Camera Remote app.

“Fujifilm cameras fit into my lifestyle,” James says, showing us his black X-E3 mirrorless camera. “Part of it is the aesthetic, I love its vintage look.” The X-E3 is Fujifilm’s new ultra-compact range finder style which also comes in silver. It creates outstanding image quality through features such as the X-Trans CMOS III, a 24.3-megapixel APS-C sized sensor, and high-performance XF lenses.

This sensor cuts out “moiré” and false colors, and reduces noise to up to ISO 12800 for extra crisp, true-to-color shots. The electronic viewfinder projects subjects clearly even in bright outdoor conditions.  James says he likes the Film Simulation mode, which Fujifilm has perfected since the company is the OG in producing films—80 years and counting. There are 15 film types, as if one is changing films, which result in photos with a rich, analog feel.

Or, one could always let the camera do the thinking with the Advanced SR AUTO mode which automatically selects the optimum autofocus and exposure settings out of 58 presets.

The X-E3 went full-on touchscreen, and got rid of the former model’s D-Pad.  One may also use the touch panel while looking into the viewfinder at the same time. And aside from the standard Wi-Fi connectivity, the X-E3 features a Bluetooth function for easier transfer and uploading.

It’s also the best travel camera, James says. “It’s really light. I used it a lot in Japan where everything is visually really good: the trees, the gardens. Everything is just picturesque, and it’s hard to not take a nice photo.” Sometimes, he even climbs lampposts to score his shots.

Over glasses of amazing Jagerita and Sake Sour, we secured front-row spots to watch James perform two songs.  He started with a cover of “Turn Me on,” the dance hall hit by Kevin Lyttle, followed up with his own song “Turning Up” (running theme: “thirsty”). It’s a chill-out song from his lo-fi, hip-hop album “Palm Dreams” which pretty much shows his transition from an artista to an artist.

James says photography is his hobby, an outlet for his creativity. “I don’t see myself making money in it, but it’s fun.” And we also had fun catching up with James who stayed on for the after-party, indulging guests’ requests for unending selfies.