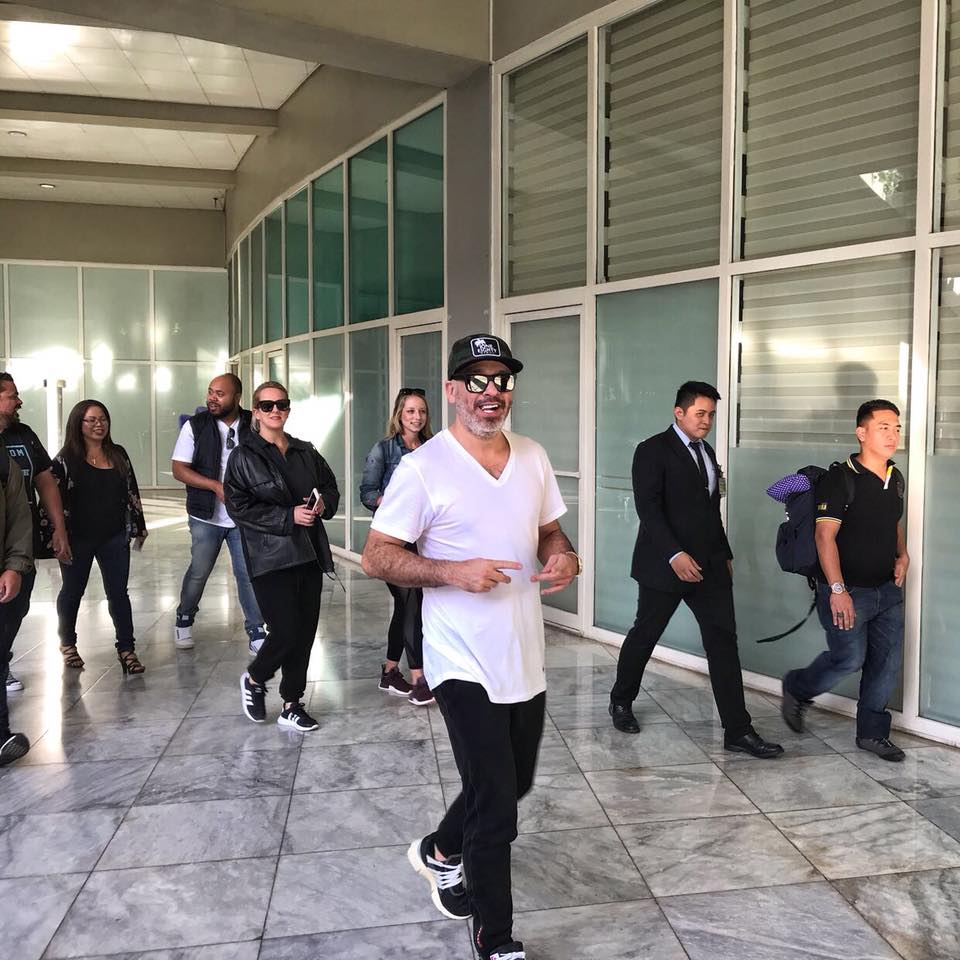 Filipino-American standup comedian Jo Koy arrived early this evening, Nov. 29, at the Ninoy Aquino International Airport for a series of shows at The Theatre at Solaire on Nov. 30, 5 and 9 p.m., and Dec. 3, 5 and 9 p.m.; and one show at Waterfront Hotel and Casino in Cebu on Dec. 1.

Meanwhile, Jon Santos delighted the Philippine media last Monday when he walked into the press conference for his own show dressed as Miss Universe 2015 Pia Wurtzbach. “I still have jet lag,” joked Santos, only hours after Demi-Leigh Nel-Peters of South Africa was crowned Miss Universe 2017 in Las Vegas, Nevada.

Santos’ latest act, dubbed “Laugh Wins!”,  will have two shows, 3 and 8 p.m. on Dec. 2,  at the Ceremonial Hall, Marriott Manila Grand Ballroom, Resorts World Manila. Special guests are Mitch Valdes, whom Santos regards as one of his mentors, and the Filipino comedy group Isprikitik Improv.

For the first time, seasoned singer-songwriter Rey Valera will perform back-to-back with pop legend Nonoy Zuñiga in a concert titled “The Glow” on Dec. 7 at SMX Bacolod City at 7 p.m.

Zuñiga and Valera have gone on tour nationwide and around the world as part of the group Greatest Hitmakers and the OPM Legends. This time, only the two of them will render their own favorite songs.

The concert is for the benefit of Kalipay Foundation.